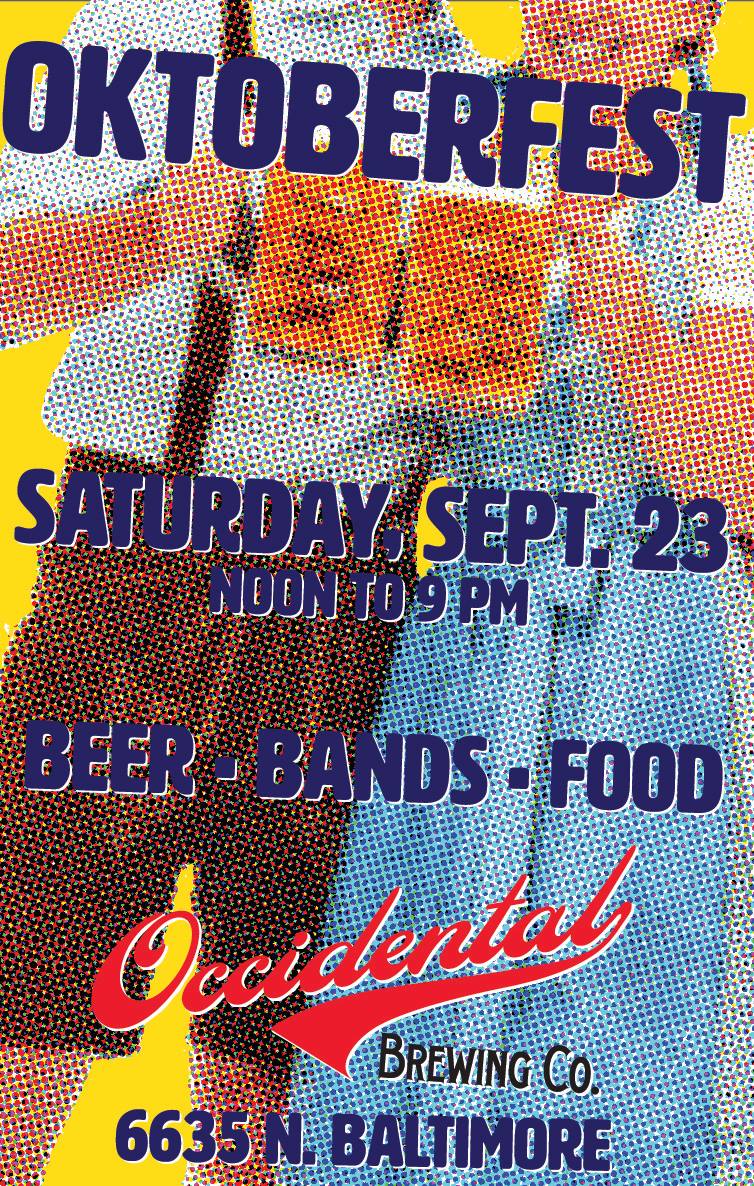 Out in the Occidental Courtyard there will be Occidental beer and live music. Urban German Grill will serve its German fare at this family friendly event. Since the courtyard will be bustling please leave your dogs at home.

And new for 2017, Occidental Brewing has bottles its Festbier for the very first time. Prost!