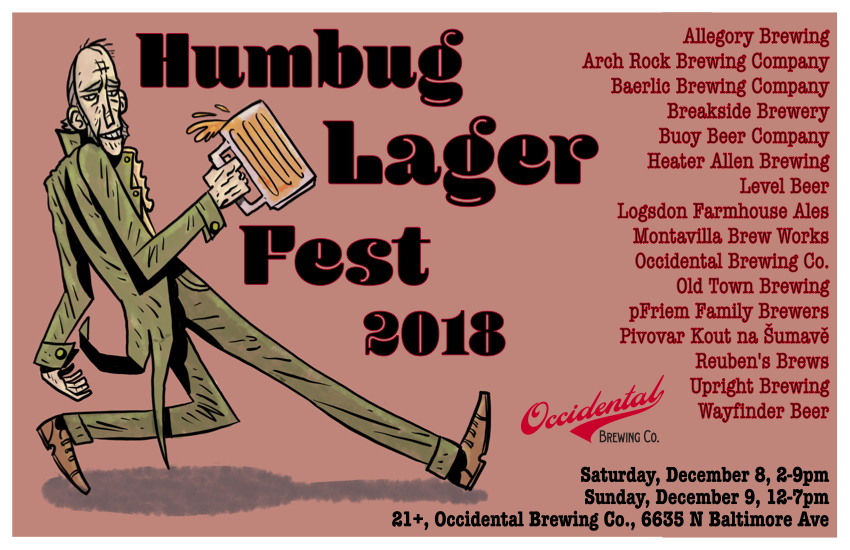 With over 15 lagers to choose from produced by some of the best breweries in the Pacific Northwest and on import. These lagers will vary across the spectrum from light to dark.

This festival is taster style so you can try as many different beers as you want, but they will also offer full pours if you find a beer you really love.

Admission into Humbug Lager Fest is $10.00 and includes a logo taster glass along with six beer tokens for samples. Additional tokens are four for $5.00. Bring a can of a non-perishable food item and you will recieve one extra token with your initial purchase of glass and tokens! This event is 21+