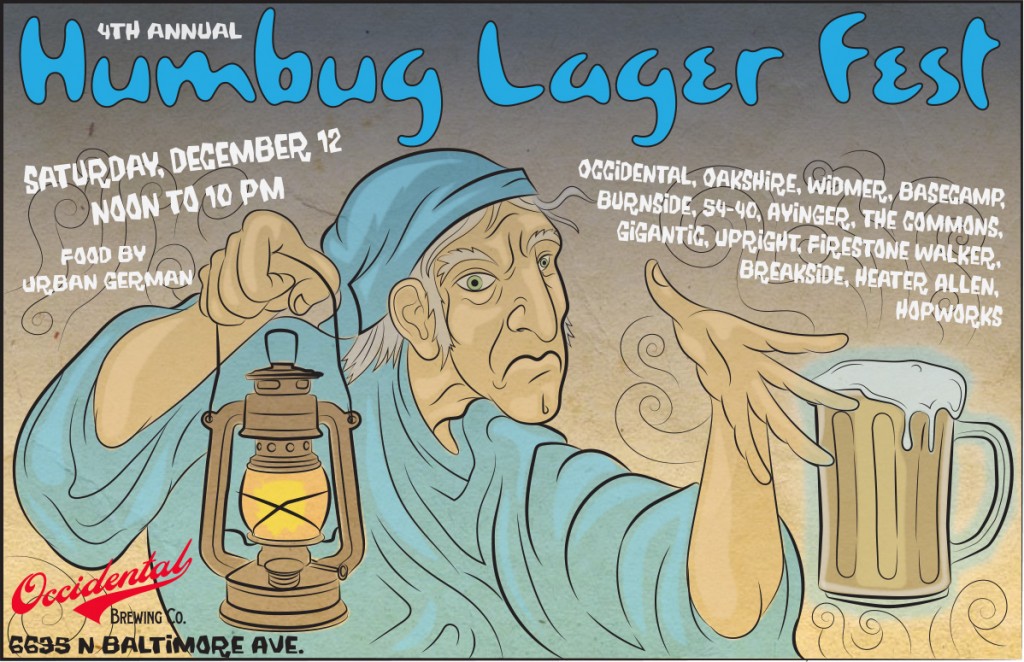 Occidental Brewing will return with its 4th Annual Humbug Lager Fest at its brewery in Portland’s St. Johns neighborhood on Saturday, December 12. From Noon to 10:00pm Occidental will be celebrating the worldly accepted beers style of Lagers. There will be a wide range of beers, light to dark, easy drinking to strong and bold.

Admission is free and only for those 21 years of age or older. There will be well over a dozen participating breweries and Urban German will return to serve up some great German fare. Music will be provided by attending Brewer DJs.

Here’s a lineup of the breweries that will be participating in this year’s Lager Fest!