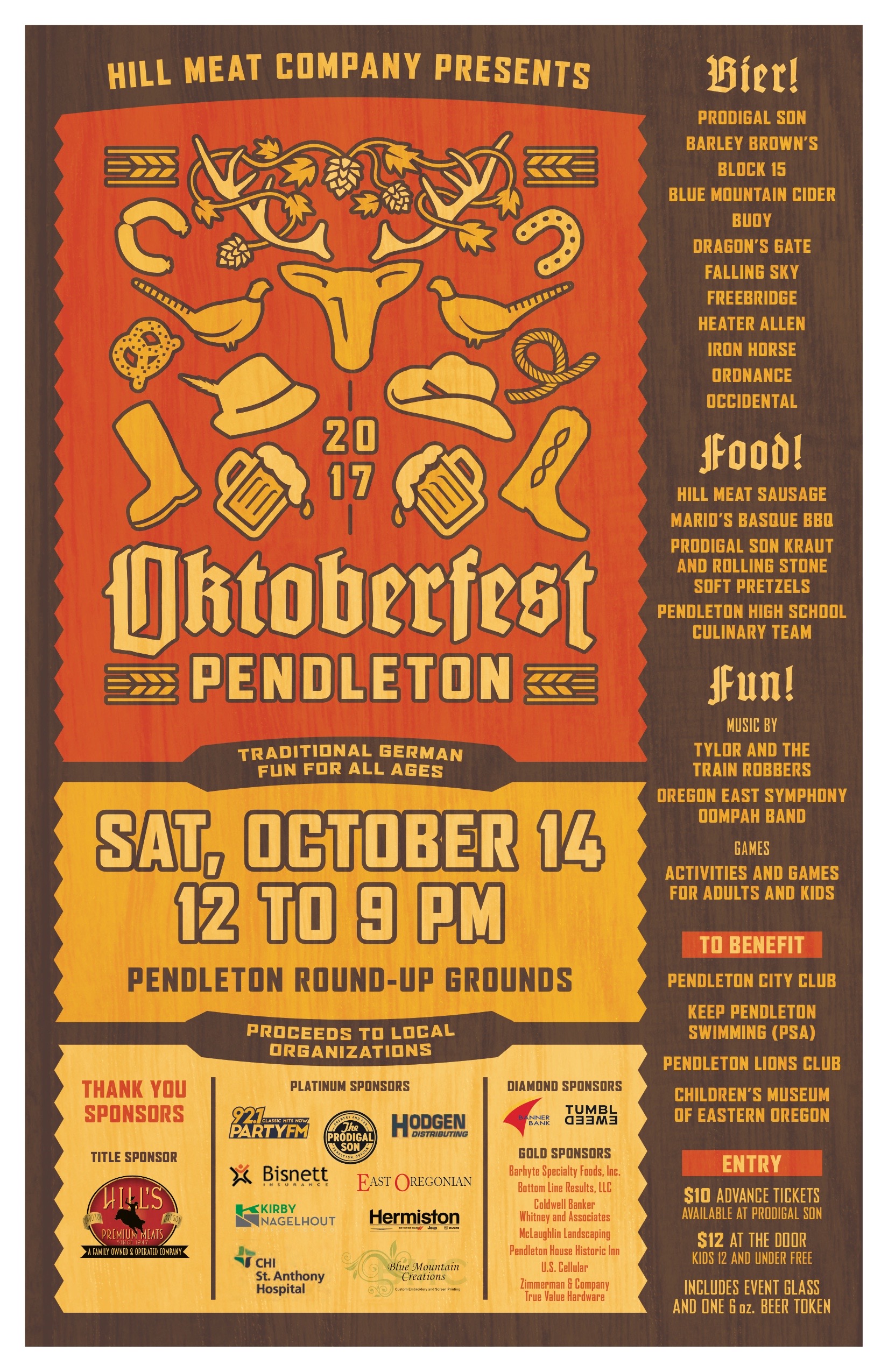 The Pendleton Round-Up grounds will be home once again for the annual Oktoberfest Pendleton that returns on Saturday, October 14th. Festivities kick off at Noon and will last until 9:00pm.

At this year’s Oktoberfest Pendleton, the beers will range from classic German styles to boundary pushing juicy IPAs. About half of the beers are from breweries located in Eastern Oregon and Eastern Washington. There will also be cocktails from Oregon Grain Growers Brand Distillery.

Musicians from the Oregon East Symphony will perform oompah style music for the first half of the day. Then Tylor and the Train Robbers will perform its brand of gritty Americana and outlaw honky-tonk in the evening. There will be crafts, games and a bounce house for the kids from 12-5 thanks to the Eastern Oregon Children’s Museum.

Entry into Oktoberfest Pendleton is $12 that includes a glass mug, a beer token, and entry into the event. Non-drinkers and minors over 12 can attend for $5. Kids under 12 get in free. Presale tickets are available at Prodigal Son Brewery & Pub for $10.

All proceeds from Oktoberfest Pendleton will be split between Pendleton Swim Association, Lion’s Club of Pendleton, and Pendleton City Club. We also started an academic scholarship that was awarded in May to a local student who is now attending OIT in Klamath Falls. To date, Oktoberfest Pendleton has been able to donate over $20,000 to local charities. None of this would be possible without the generous help from our sponsors!