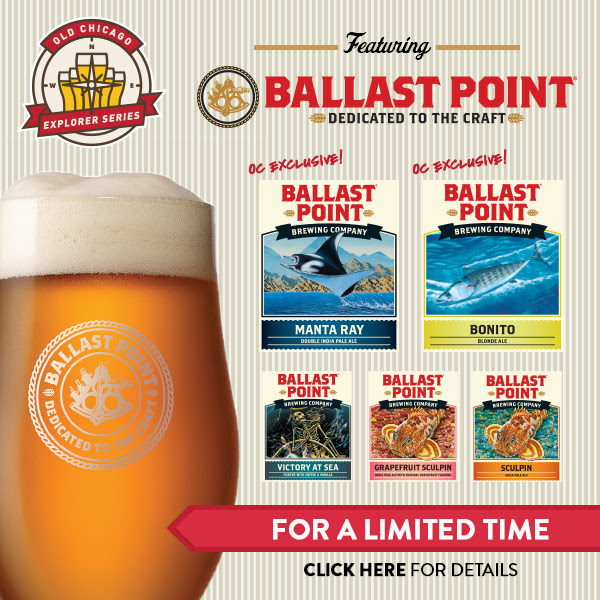 Ballast Point Brewing Company and Old Chicago have partnered up with each other for Old Chicago Explorer Series. This new series began last night and will continue for a limited time. On tap will be five Ballast Point beers, two of which are exclusive to Old Chicago.

The Explorer Series will bring both Manta Ray Double IPA and Bonito Blonde Ale exclusively to Old Chicago locations across the country, including its three Portland area locations. These two exclusive beers will be pouring alongside three of the San Diego brewery’s more popular offerings.

Here are details on the Ballast Point tap list at Old Chicago.

GRAPEFRUIT SCULPIN
American IPA | 7.0% ABV | 70 IBU
A fruited take on traditional Sculpin. Grapefruit is added to perfectly compliment the citrusy hop character, while adding some unique contrasts to the peach and apricot flavors. Surprisingly drinkable with a refreshing finish.