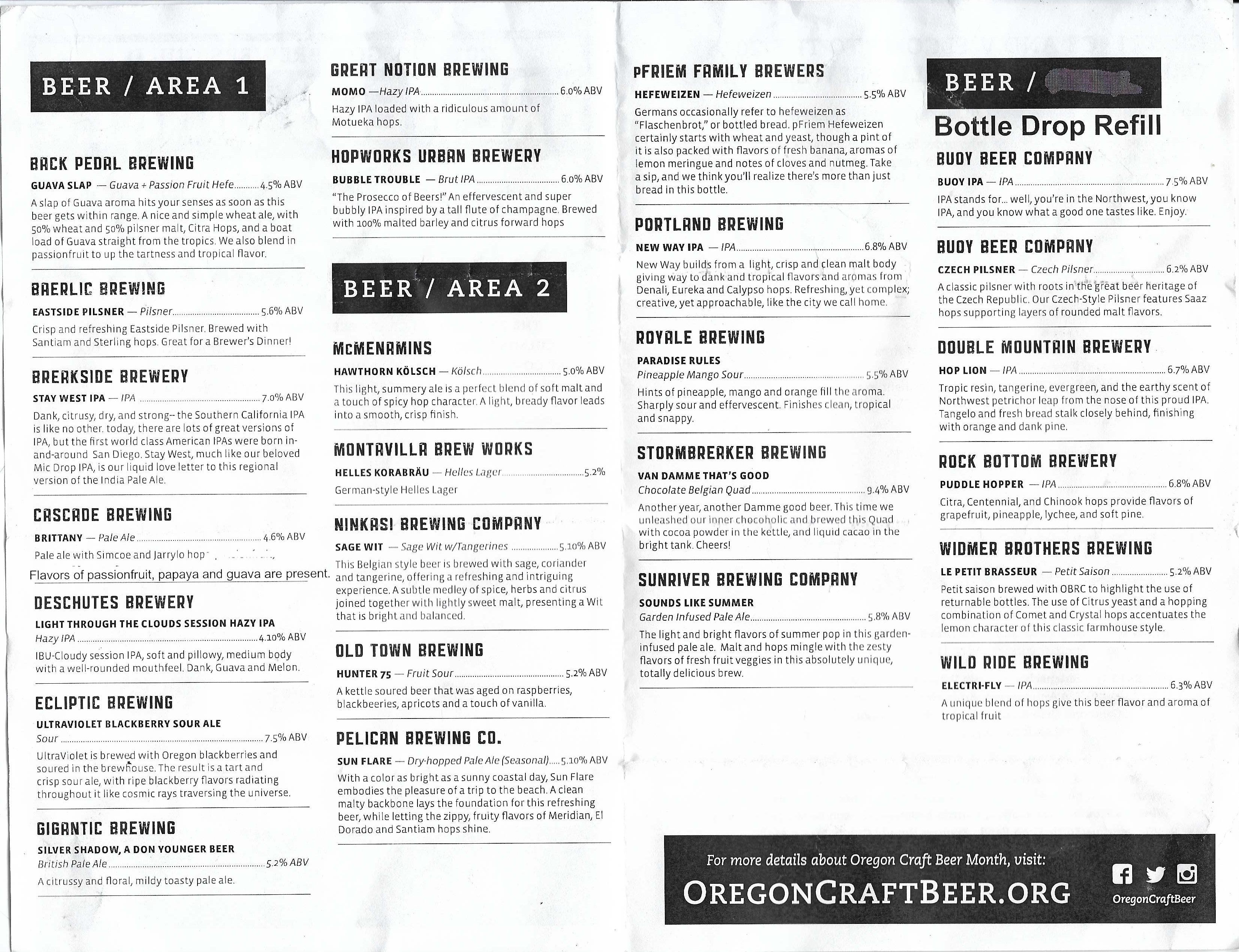 I’d write more about how we’ve all loved this festival over the years,  but I have to get my arse to My Father’s Place and make Jerry Fechter — the Man With No Inside Voice and also my initials — buy me a bloody mary or two to lay a foundation for some proper beer sampling…so, I’ll cut and paste this from the press release:

More than 70,000 beer lovers are expected to travel from around the world to attend the 31st annual  Oregon Brewers Festival (OBF), which starts in two weeks. Considered one of the nation’s longest-running and best-loved craft beer events, the outdoor festival will take place July 26 through July 29 at Tom McCall Waterfront Park on the west bank of the Willamette River. Taps are open from Noon – 9pm Thursday through Saturday, and Noon – 7pm Sunday. The OBF will serve 80 craft beers from small, traditional, and independent craft breweries located in 10 different states, as well as The Netherlands, and Baja, California. The festival will present more than two dozen different beer styles ranging from Berliner Weisse to Belgians, IPAs to IPLs, pales to Pilsners, and sours to stouts. The vibrant festival will also feature live music all four days with no cover charge, six food booths, a number of beer related vendors, souvenir sales, and homebrew demonstrations.

There are a number of changes and new additions to this year’s festival, starting with the length of the event. The Oregon Brewers Festival has been a five-day festival since 2013, but this year, has returned to a four-day event. “Attendance has peaked the last few years, so it made sense, both in terms of economics and manpower, to cut back to a four-day festival,” explained OBF Director Art Larrance. Another of this year’s biggest changes is the introduction of a festival app. “Our program annually uses more than 140,000 pieces of paper, which seems so wasteful,” stated Larrance. “This year, we’ve created a digital app that has full beer descriptions which you can search by style, take notes on, and find on a map. You can also chat with friends, post to the wall, check out the music lineup, and more.”