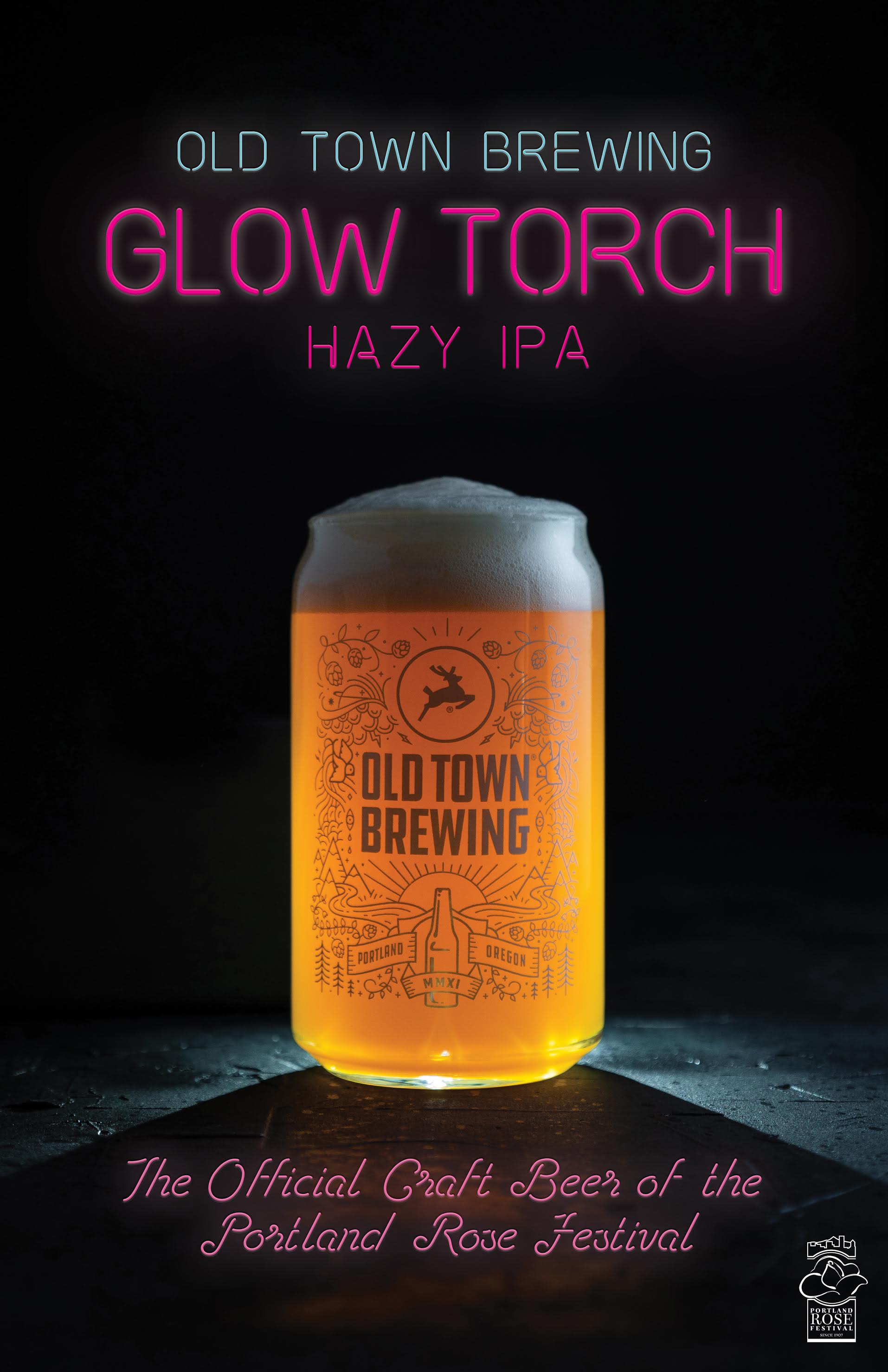 When the 2018 Portland Rose Festival returns from May 25 – June 10, Old Town Brewing will brew the official beer with its Glow Torch Hazy IPA. The brewer will also launch a pop-up taproom along the Waterfront called the Old Town Brewing Speakeasy for the three-week festival.

Oak Knoll Winery is celebrating 48 years of Oregon Wine! The Rose Festival annually promotes art and education in partnership with Oak Knoll Winery. Each year the work of a local college level art student is selected to create the Rose Festival Pinot Gris, Pinot Noir and Rosé labels. Each bottle, individually numbered, of the collector’s commemorative series is a unique and special blend with limited cases produced under this label. Bottles can be purchased at their official retailer Fred Meyer and directly from Oak Knoll Winery in Hillsboro or on their website: http://www.oakknollwinery.com/

Kenneth Poirier is a professional graphic artist commissioned by the Rose Festival to provide new and creative works based on the festival’s yearly themes and activities.