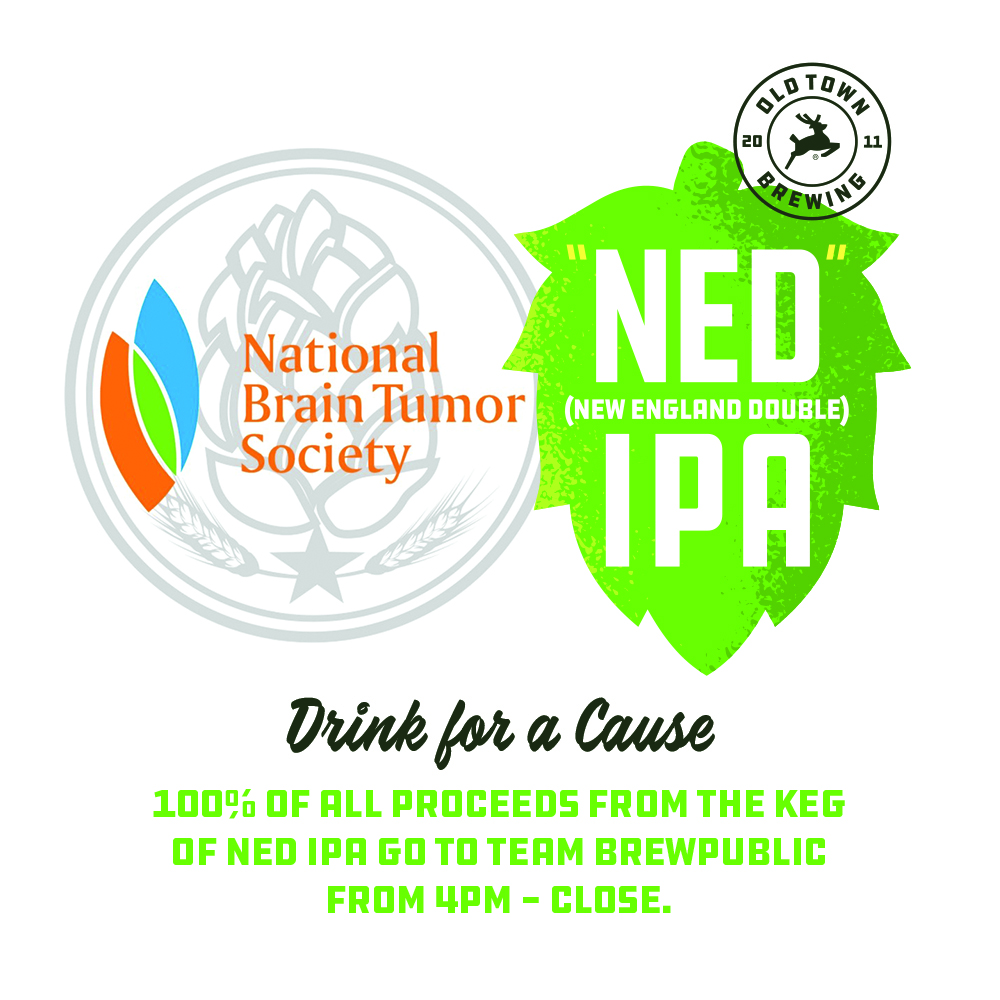 For this special fundraiser Old Town Brewing is releasing its new double IPA that is part of the trendy haze craze of New England style IPAs. Old Town brewer Andrew Lamont brewed in New England prior to relocating to Portland a few years back. He brought his brewing skills to the table when brewing this new N.E.D. IPA that Old Town will tap today at 4:00pm. N.E.D. stands for New England Double IPA and it’s a juicy, hazy IPA!

All sales from N.E.D. IPA during this event tonight will go towards Team BREWPUBLIC on its quest to raise over $20,000 for the National Brain Tumor Society. You can also donate $25 and join Team BREWPUBLIC in the Portland Brain Tumor walk on Sunday, August 6th by clicking here.

A heartfelt thanks goes out to Old Town Brewing for supporting the National Brain Tumor Society. 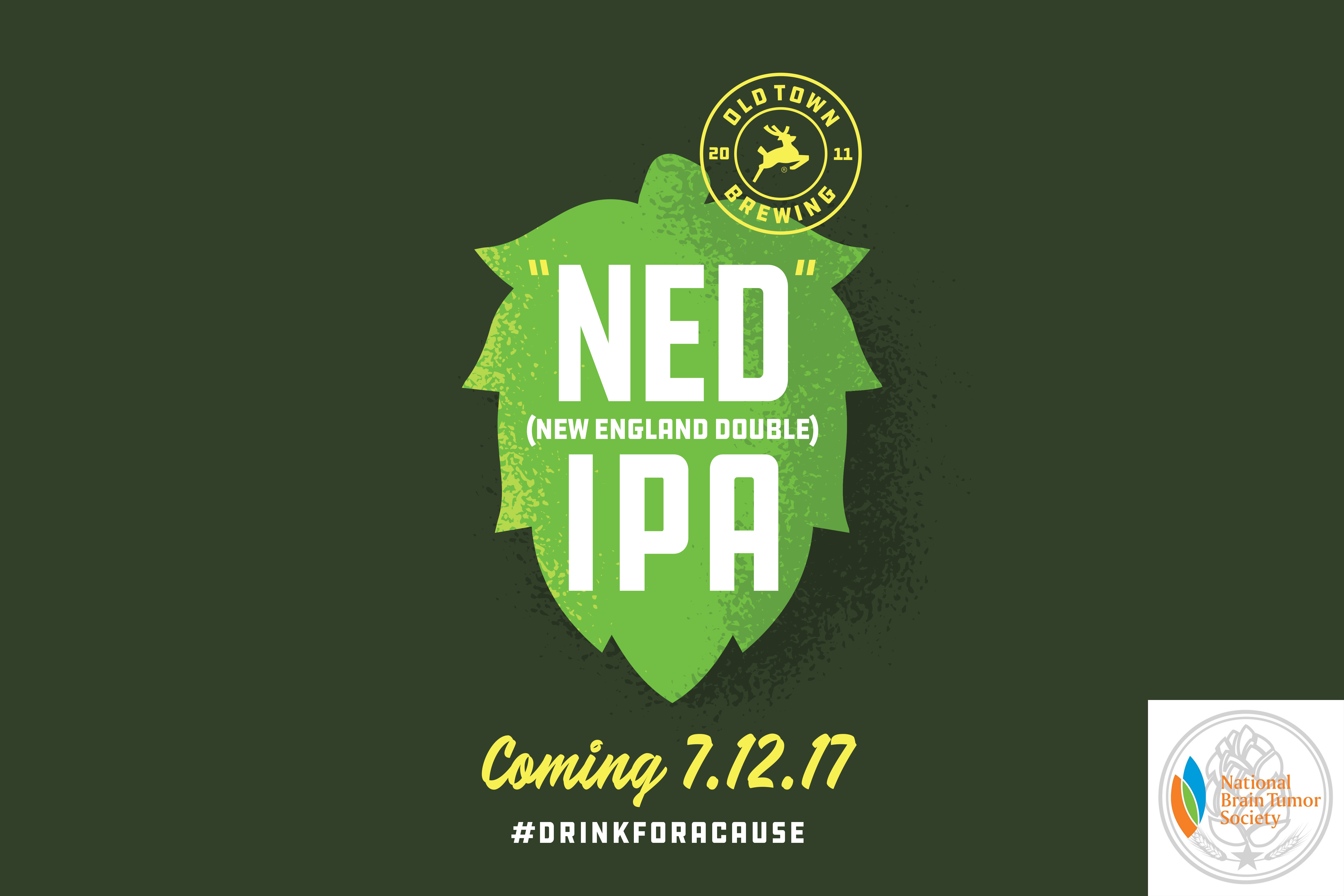