With so many beer festivals these days it’s easy to overlook a few of the old standbys and one of them is the Pacific Northwest Brew Cup held each fall in Astoria, Oregon at the Columbia River Maritime Museum.

Each year the Brew Cup invites regional brewers and cidermakers from Washington and Oregon to bring their beverages to Astoria and pit them amongst each other. Attendees then get to vote for their favorite. At the 2018 Pacific Northwest Brew Cup the People’s Choice award winner went to Wild Ride Brewing for its Nut Crusher Peanut Butter Porter and the Thar She Blows went to Boneyard Beer for its Enzymatic IPA. 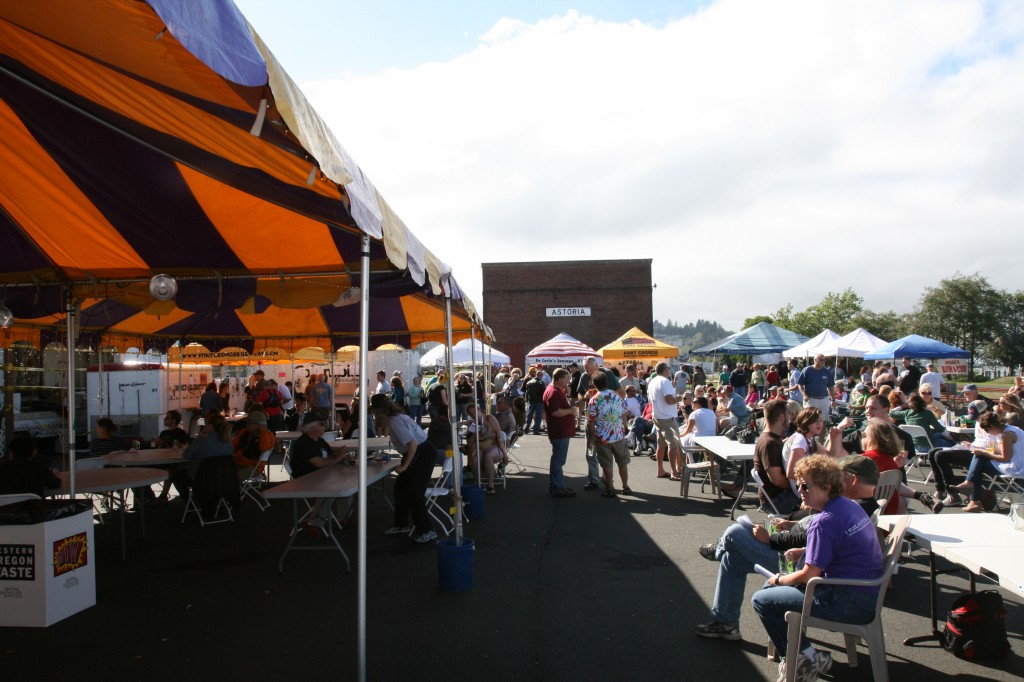 Admission is free but to drink a souvenir mug must be purchased at $12 and $1 tokens are required for tasting. On Sunday, festival goers can fill a growler for only $10!

Live music will be showcased all three days of the festival, including Giants in the Trees, Krist Novoselić’s new band. Here’s the lineup.

A corn hole tournament on Sunday will bring out the competitive streak in festival goers, with prizes given to first, second and third place winners. Additionally, kids can create one-of-a-kind fish-print shirts with help from the Columbia River Maritime Museum’s education staff.

There are many ways to access this river front festival. You can ride the trolley from your downtown hotel, take a stroll along the Astoria Riverwalk, take a local taxi, rent a bike, or park on the east side of the parking lot near the Barbey Maritime Center.