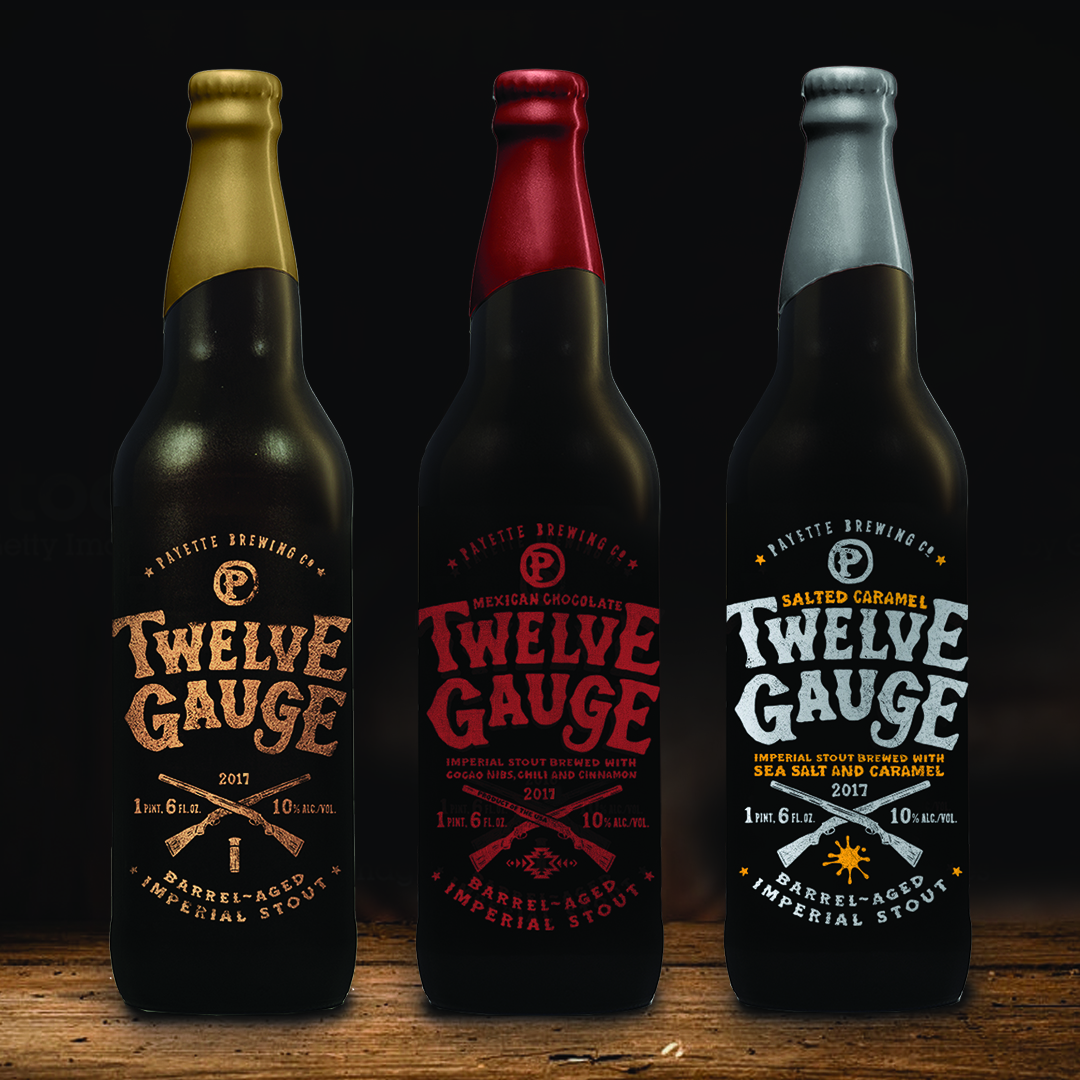 As the cold nights have arrived it is perfect time to explore bourbon barrel aged beers. Payette Brewing Company from Boise is excited for the release of its 2017 Twelve Gauge Barrel Aged Imperial Stout. New this year will see two Twelve Gauge variants including Mexican Chocolate and Salted Caramel.

For the past twelve months the imperial stout that will soon become Twelve Gauge has been resting in bourbon barrels. Now this beer is being bottled and kegged off for the upcoming release party. Black Friday will take place on November 24, 2017, at the Payette Brewing from 1:00-10:00pm. Also being released are the previously mentioned variants of Mexican Chocolate and Salted Caramel.

Black Friday features over forty imperial stouts and porters by Payette and other notable craft breweries from around the country. Some have been barrel-aged or infused and all are high-end and incredible. This annual event is held not only inside their Tap Room, but also in the brew house. Beer will be served alongside the brewing system and 240 barrel fermenters. Attendees can sip on savory (hefty) imperial stouts and porters while listening to live music and enjoying food truck fare. Payette Brewing merchandise will also be available for sale at a special Black Friday price, including Twelve Gauge merchandise available for the first time.

Admission to Black Friday is free with $4 drink tokens available for sale, which includes a Black Friday commemorative glass. Buy tokens at the door or skip the line and save money with the advance purchase packages online at www.payettebrewing.com. Tokens can be used towards imperial stout and porter pours, select non-dark Payette beer options, special Black Friday priced merchandise and Twelve Gauge bottles.