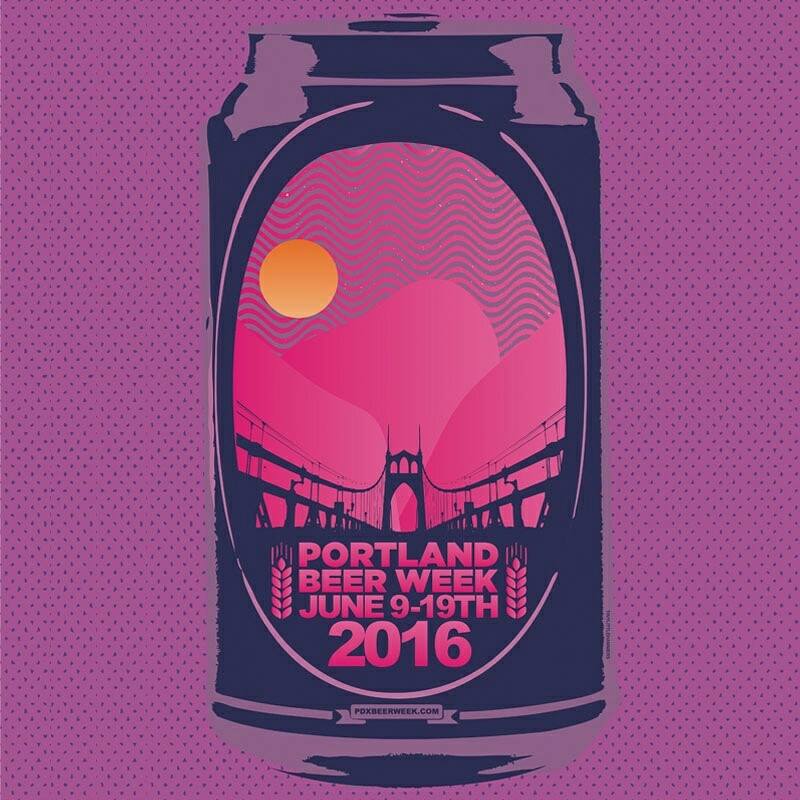 Tonight is the official launch of the 6th Annual PDX Beer Week with its Rooftop Kickoff Party on the beautiful rooftop of the Ecotrust Building located at 721 NW 9th Avenue in Portland’s Pearl District. The free, all ages event will take place from 6:00 to 10:00pm.

At tonight’s Rooftop Kickoff Party expect to see the official launch of the PDX Beer Week beer, Subcontinental IPA from this year’s brewery sponsor, Portland Brewing and its collaboration partner, Double Mountain Brewery. There will also be beers from Deschutes Brewery, Breakside Brewery, Hopworks Urban Brewery, Hop Valley Brewing, and Double Mountain Brewery. Entry is free but the purchase of a $1.00 plastic cup is required to drink. Beer tickets are $2.50 each for an 8 oz. pour or two tickets for a full pint. Just make sure to bring cash, as this will be the only accepted form of payment. All profits from the 2016 Rooftop Kickoff Party go to benefit the local non-profit New Avenues for Youth.

Beyond the beers pouring at the kickoff there will be a few of the featured PDX Beer Week restaurant sponsors. This list includes Salt & Straw Ice Cream with its delicious Garam Masala & Hops Ice Cream, HOTLIPS Pizza with its savory Bratlips pie and Blue Star Donuts will also provide 200 FREE donuts of the official beer week doughnut, S’more Beer.

PDX Beer Week will take place for 11 days from June 9th through June 19th featuring various craft beer events from beer tastings to seminars to festivals. Here’s a rundown on some of the highlights over the next 11 days.

To stay up to date on all of the week’s events check out the PDX Beer Week Calendar.