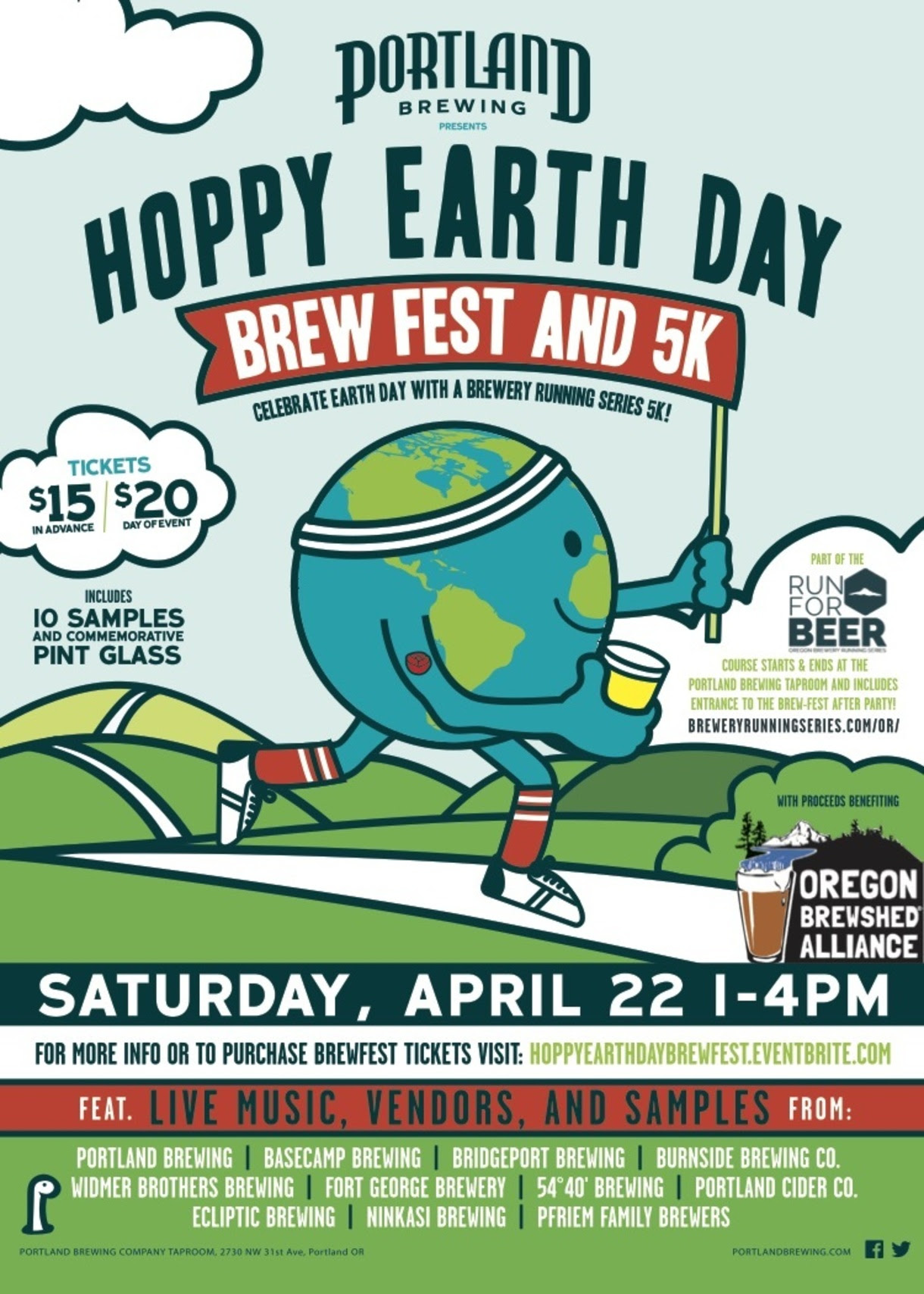 Portland Brewing will host an Earth Day run and beer festival when it debuts its Hoppy Earth Day Brew Fest and 5K Run on Saturday, April 22nd. This afternoon event will raise funds for the Oregon Brewshed Alliance and is part of the Oregon Brewery Running Series.

Join us in supporting the Earth and the Oregon Brewshed Alliance, an organization comprised of brewers, craft brew community partners, and conservationists that advocate for the protection of forests and watersheds in Oregon.