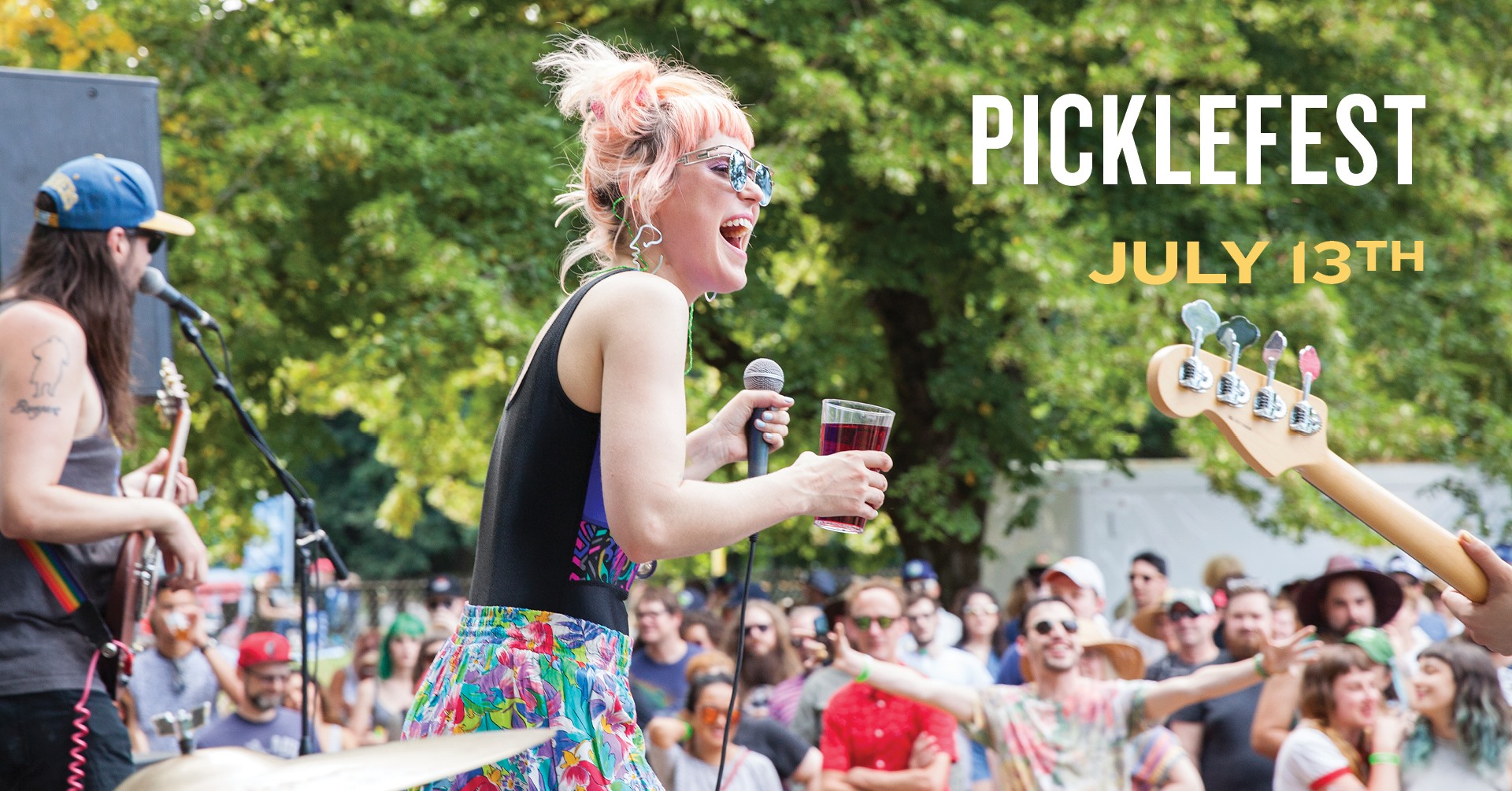 The 4th annual PickleFest returns this weekend to Walker Stadium that brings together some of the best things in life – Baseball, Beer, Music, and Pickles! For the past four years our Portland Pickles baseball club has hosted this event that brings together over 50 beers and live music that is capped off with America’s pastime.

The 2019 PickleFest will take place on Saturday, July 13th at Walker Stadium. Gates to the fest will open at 2:00pm and live music will begin at 3:30pm with Dogheart followed by The Black Tones at 4:30pm and Speedy Ortiz at 5:30pm. There will also be burgers and hot dogs available for PickleFest fans right outside the 21+ years of age PickleFest area.

At 7:05pm, the first pitch will take place when the San Francisco Seals from the California Collegiate League take on our hometown Portland Pickles from the West Coast League. This will be game two of this three game interleague series.

Here’s a preview of the beers, cider and hard seltzer that will be pouring during the 4th annual PickleFest.

Tickets to the 2019 PickleFest are $20.00 and includes a souvenir pint glass, 4 taster tickets, access to the pregame concert, and a berm ticket to the 7:05 game of the Portland Pickles vs. San Francisco Seals. Just make sure to select the RF Berm – PickleFest option. Purchase tickets HERE. Additional taster tickets will be available for purchase.

If you already purchased a game ticket and would like to upgrade to a PickleFest ticket, call 503-775-3080, email info@portlandpicklesbaseball.com, or come to Walker Stadium early to upgrade for an additional $10.00.