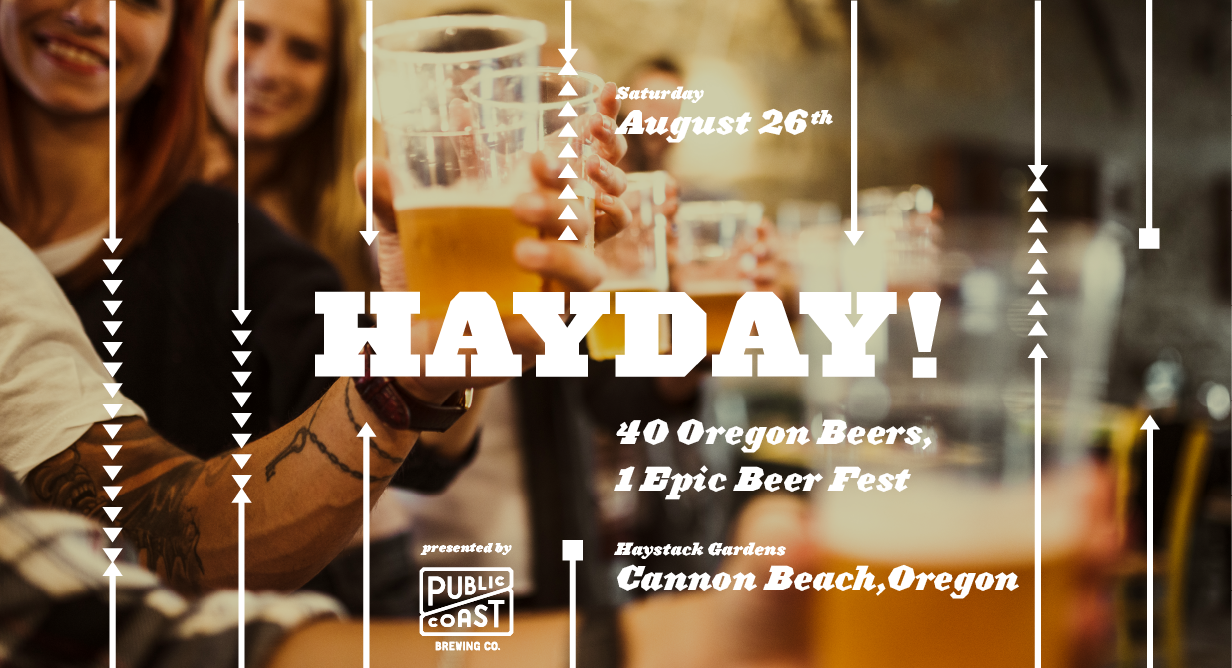 HAYDAY! will feature 40 Oregon brewed beers from many of Oregon’s coastal breweries and beyond. The featured beer will the recently released People’s Pale from Public Coast Brewing, named after Oregon’s 363 miles of free and open coastline.

“We are so proud to be a part of Oregon’s renowned beer industry. When we opened our doors in 2016, we truly felt the camaraderie and collaboration from our peers,” said Ryan Snyder, owner of Public Coast in a statement. “As the inaugural Cannon Beach beer festival, HAYDAY! is our way to showcase all those breweries who helped us from the start, and bring together some of our closest industry friends for a day filled with great beer, awesome food and a ton of fun.”

Attendees at HAYDAY! will enjoy fantastic food from the Wayfarer Restaurant & Lounge’s Executive Chef Josh Archibald and his mobile smokehouse, with desserts by Ruby Jewel Ice Cream. Nate Bodsford will perform music at the event.

HAYDAY! takes place on Saturday, August 26th from 1:00-5:00pm. (VIP access begins at noon). There will be three options for admission.

To purchase tickets, please visit: www.haydayfest.com. Call 503.436.1197 with any questions. No pets or minors will be permitted at HAYDAY!