UPDATE:
Pyramid Brewing is celebrating its 30th year of Snow Cap, and with that the brewery is giving away 30 flight vouchers with Alaska Airlines! You can plan a holiday get away, or go visit friends and family. All you have to do to enter is text “SNOWCAP30” to 55678. Winners will be drawn weekly through December!

“Over the last 30 years Snow Cap has become an annual tradition in the Pacific Northwest as the perfect cold weather companion,” said General Manager Robert Rentsch in a statement. “I am proud of our legacy and incredibly excited to share this 30th anniversary collection. This is a festive time of year that deserves a distinctive family of brews like Snow Cap to accompany the merriment.”

Snow Cap is modeled after a British winter ale that offers a deep mahogany appearance. Its robust malt character provides a full body that is pleasantly supported by an ample amount of hops.

“Snow Cap is kettle-hopped with the three Pacific Northwest varieties Nugget, Willamette, and East Kent Goldings,” said Head Brewer Ryan Pappe in a statement. “Beer enthusiasts will love the delicate taste of malt notes infused into the brew with a blend of pale, caramel and chocolate malts.”

Super Snow Cap is part of Pyramid’s Brewer’s Reserve and incorporates the much-loved roasted dark chocolate and caramel malts of Snow Cap with generous hops to produce a rich, bold cold weather brew. With its gorgeous color, this ale is full of malt sweetness and robust flavors and aromas that create notes of dark fruits, nuts and spice with a sweet finish. Super Snow Cap is available in a limited number of 22-ounce bombers.

Bourbon Barrel-Aged Snow Cap will intrigue beer and bourbon lovers alike with its thoughtfully curated blend of Super Snow Cap and last year’s Snow Cap aged for 10 months in bourbon barrels. The result is a lush, warming and flavorful holiday brew to be sold in 22-ounce bottles with premium packaging perfect for gift giving. 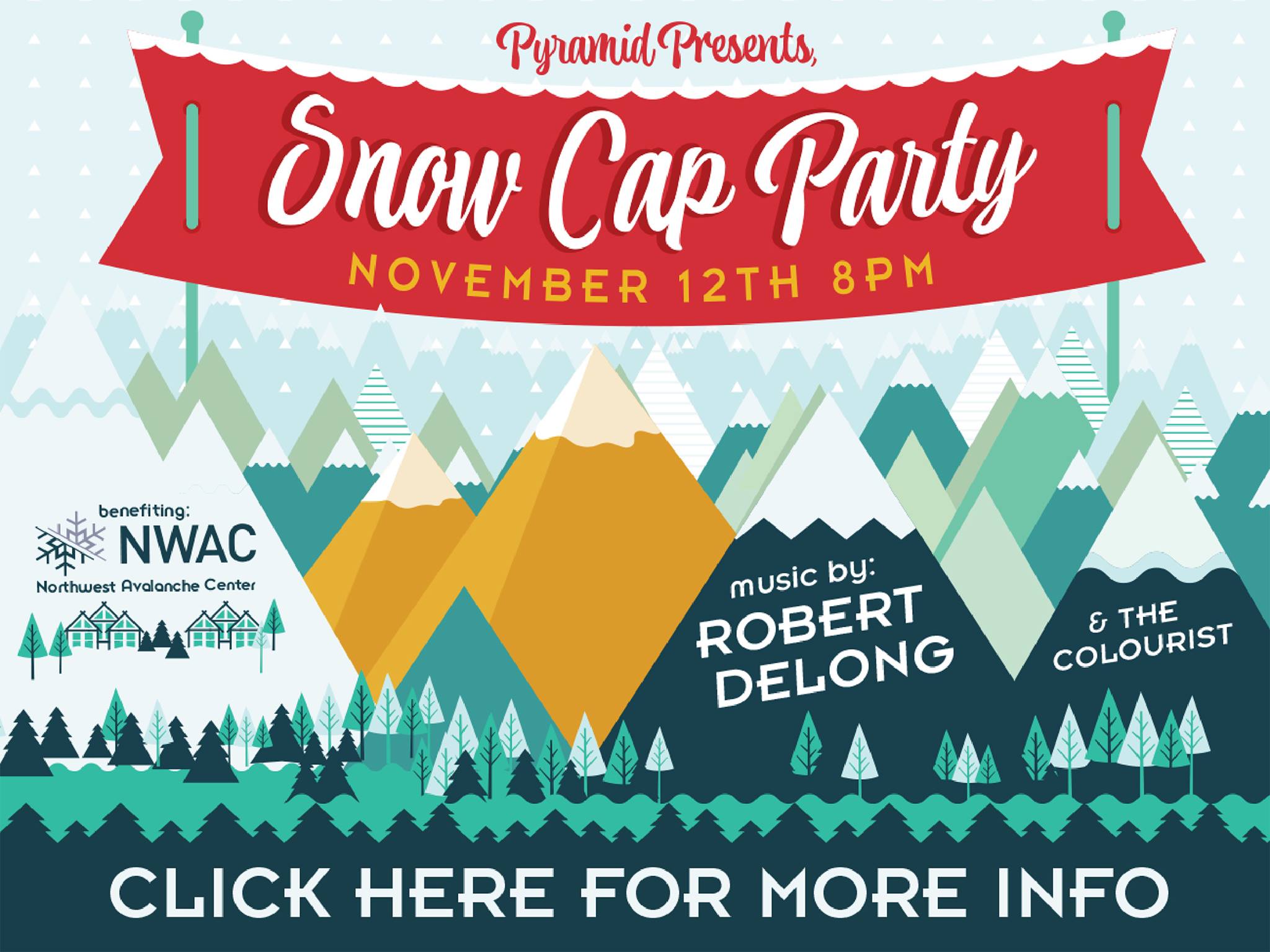 On Saturday, November 12th, Pyramid Brewing in Seattle, Washington will host its annual Snow Cap Party that will celebrate the beer’s 30th anniversary. Festivities kick off underneath the Snow Cap Tent at 8:00pm that benefit Northwest Avalanche Center. Get snowed-in with live performances by Robert Delong and The Colourist, as well as winter wonderland experiences before and during the show. Tickets will be available at the door, or buy in advance for $28.