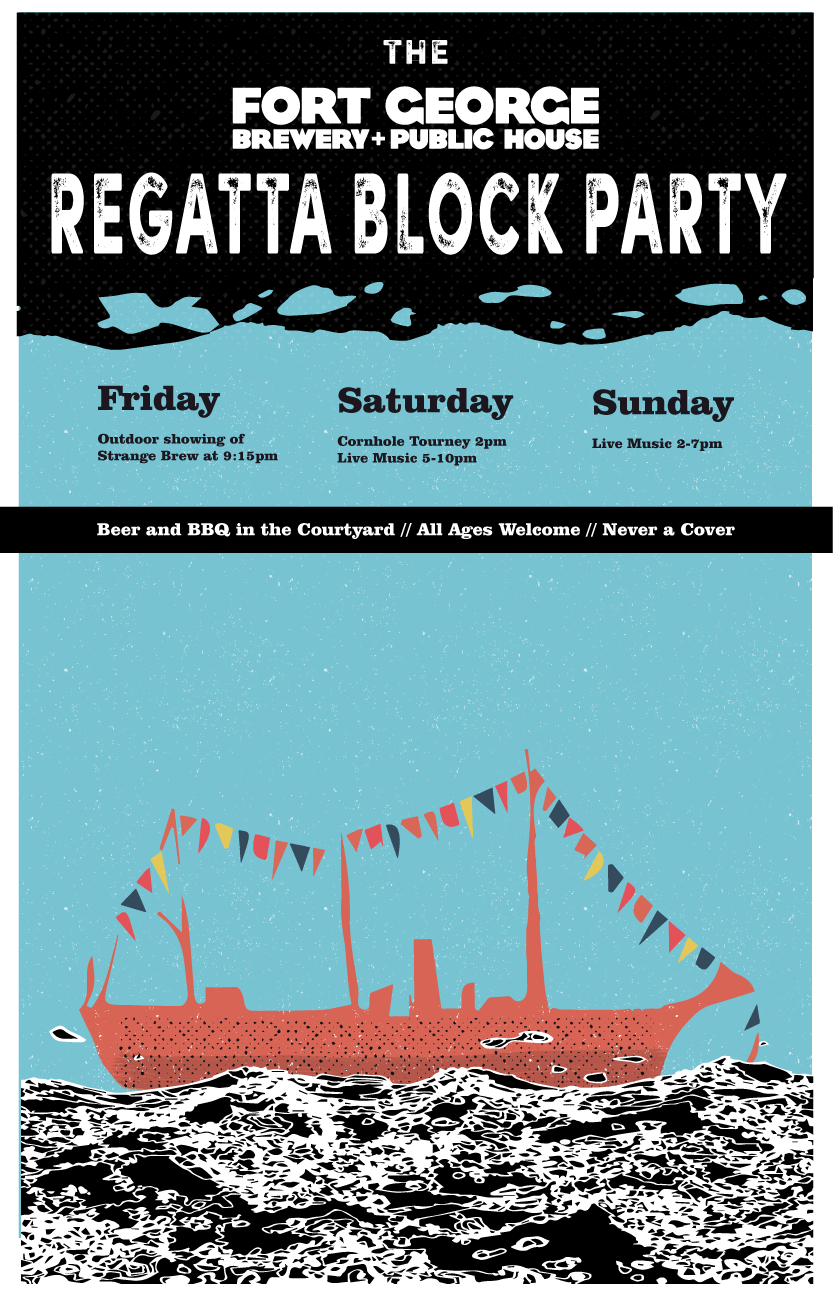 [Astoria, OR] Hoist the mainsail and set course for the Mouth of the Columbia and three days of festivities at the Fort. Astoria Regatta, Oregon’s oldest celebration in its oldest city, marks its 122nd anniversary with events on land, sea, and all over the Fort George block. Parades, fireworks, an outdoor movie, beer releases, and plenty of live music await you.

Friday August 12th
Take your pint outside for a courtyard showing of the cult comedy classic Strange Brew. Food, beverages, and special movie snacks will be available through the pub, eh? Bring chairs and blankets if you like – no tickets required, hosers. Movie begins at dark.

Saturday August 13th
The courtyard offers prime seating for the annual Regatta Grand Land Parade at noon, followed by a Cornhole Tourney. Sign up begins at 1:30pm and there is no cost to enter. Stick around for BBQ, craft beer, and a solid lineup of live music with Malachi Graham, Snowblind Traveler, and The Bond Street Blues Band. Fireworks over the Columbia River cap the night, best viewed upstairs from the pizza cathedral.

Sunday August 14th
Live music continues at Fort George just as the Astoria Sunday Market begins to wind down. Enjoy bluegrass by Cascade Crescendo, roots-blues-pop from Will West & The Friendly Strangers, and the psychedelic soul-jazz sound of Scott Pemberton Trio. Extended Sunday music starts at 2pm and ends at 10pm.

Regatta Beer Releases
One of the more memorable beers from Stout Month 2014, Dark Matter will be released in the Lovell Taproom. This complex Imperial Oatmeal Stout aged in both Bourbon and Pinot Noir barrels is available on draft for a limited time only. Fort George will also tap Operation: Cannot Possibly Fail – a new IPA the brewers crafted specifically for the Great American Beer Festival 2016. Judge both of these beers for yourself before they arrive at GABF.

All ages are welcome, friendly leashed pets are allowed outside, and there is never a cover. The Regatta Block Party at Fort George may be on land, but it certainly won’t be dry.