Reuben’s Brews from Seattle launches in Portland, Melvin Brewing is all around Portland, 3-Way IPA release party, Fruit Beer Fest and the rest of the week of beer events beginning June 8th.

Reuben’s Brews Come to Portland
4-7 p.m. Thursday June 8, Bailey’s Taproom, 213 SW Broadway;
6-8 p.m. Thursday June 8, Belmont Station, 4500 SE Stark St.;
6-8 p.m. Friday June 9, The BeerMongers, 1125 SE Division St.;
Seattle’s Reuben’s Brews are in town with a good list of beers AND the honor of being a collaborator, along with our own Great Notion Brewing, in making this year’s edition of Fort George Three-Way IPA. It’s your chance to meet founder Adam Robbings, who started as a homebrewer in England and whose brewery has won multiple national and international awards.

Fourth Annual Melvin vs. the World IPA Battle
5 p.m. Friday June 9, Roscoe’s 8105 SE Stark St.;
Melvin will be bringing some of their best award-winning IPAs to battle for your taste buds against those of breweries such as Comrade Brewing, Boneyard/Sierra Nevada, Russian River, Beachwood, El Segundo, Gigantic, and more. Jeremy and the Melvin crew will be in the house and the beers will be on tap all night.

The release of Fort George’s collaborative 3-Way IPA has become part of summer, and especially this year when they brewed a hazy New England style IPA with Seattle’s Reuben Brews and our own Great Notion Brewing. Here’s what the website says: This fruit-forward haze of Azacca, X331, Mosaic, and Citra hops plays on a balanced baseline of malt with a wicked unfiltered keytar solo. 3-Way IPA 2017 is a juicy collaboration between Fort George, Great Notion, and Reuben’s Brews that strikes a smooth, electric gold riff on a Vermont style. Available at Pacific Northwest venues summer 2017… 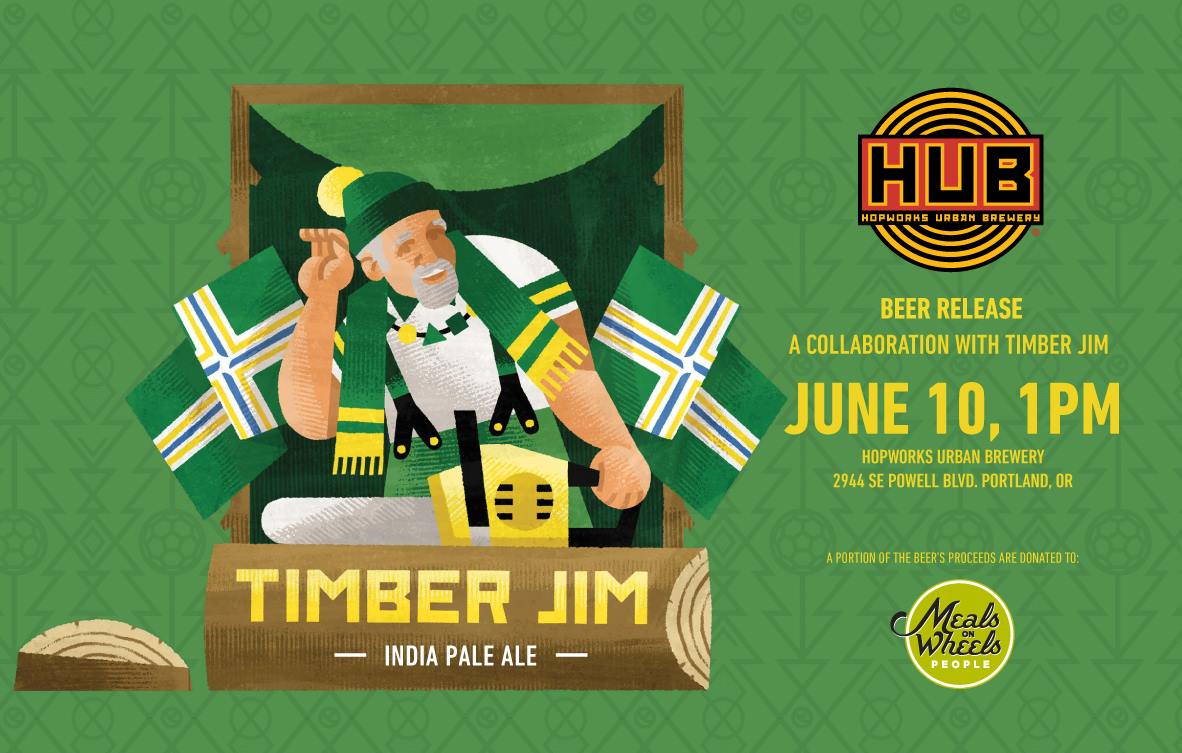 Timber Jim IPA Release Party
1- 4 p.m. Saturday June 10, Hopworks Urban Brewery, 2944 SE Powell Blvd.;
Here’s what the Hopworks folks have to say about their new IPA in honor of Timber icon Timber Jim: With an attitude of gratitude we present our collaboration with Timber Jim Serrill. Admired for climbing trees, cutting slabs off victory logs, fighting cancer, building gardens, feeding the hungry, and spreading the love, Timber Jim knows that beer can be used as a force for good in this world. Together we present this tasty Northwest-Style IPA brewed with locally sourced malted barley and hops. A portion of this beer’s proceeds is donated to Meals on Wheels People, Timber Jim’s charity of choice. Meals on Wheels has been changing lives, one meal at a time, since 1970 through neighborhood meal sites and delivery to homebound seniors. Meals on Wheels will have a very special raffle package with limited tickets.

Weird Beer Bonanza
Noon-close, Saturday June 10, Imperial Bottle Shop, 3090 SE Division St; $17 includes glass and 10 tix.
As part of your Portland Beer Week, be daring and try some brews that strayed from the beaten path with the weirdest of ingredients and brewing methods.

Peaches and Kriek of the Gorge
5 p.m. Monday June 12, Roscoe’s, 8105 SE Stark St.;
Here’s your chance to try both peach and cherry beers from some of the best brewers of these styles in the Columbia River Gorge. Peach and Kriek style beers will be on tap from pFriem Family Brewers, Double Mountain Brewery & Taproom, Solera Brewery, and Logsdon Farmhouse Ales, LLC.. Representtives from the breweries will be in the house to answer questions about the beers. There will also be a couple of guest beers on tap that you won’t want to miss including Firestone Walker Brewing Co. Krieky Bones

New Oregon Breweries Showcase
5-8 p.m. Monday June 12, Bailey’s Taproom, 213 SW Broadway; no cover
The New School presents their annual New Oregon Breweries Showcase during Portland Beer Week. 11 new breweries from Oregon, all opened in less than a year from the date will be present pouring two beers each. Meet-the-brewers and owners from the new school of breweries from across the state and try their beers.

Kegs Deep in Boneyard
4-8 p.m. Wednesday June 14, Bailey’s Taproom, 213 SW Broadway;
Expect some classics and a handful of new brews from the popular Bend brewery in what the Bailey’s crew says is the biggest tap takeover in the taproom’s decade-long history.