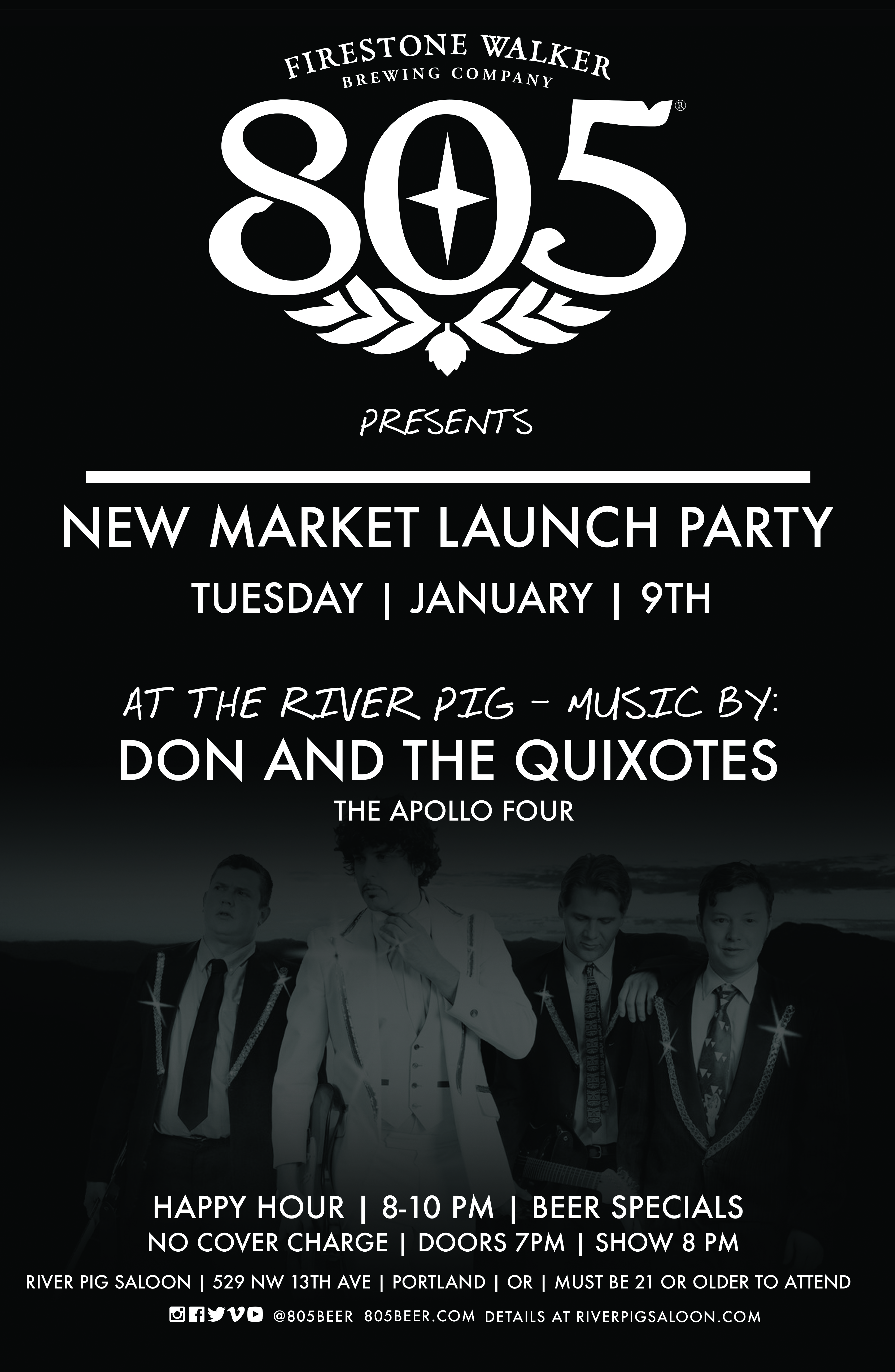 Named after the home area code of Firestone Walker Brewing in Paso Robles, California, 805 Blonde Ale will see its launch here in the Pacific Northwest.

On Tuesday, January 9th, River Pig Saloon will host the 805 Portland Launch Party with Firestone Walker. The night will kick off at 7:00pm and will feature live music from Don & The Quixotes and The Apollo Four. There’s no cover charge to enter and from 8:00-10:00pm there will be beer specials.

805 Blonde Ale was originally launched in the Central California markets of Firestone Walker. This light bodied, refreshing blonde ale was developed as a more sessionable beer that is appealing to a broad range of beer drinkers. It offers subtle malt sweetness that is balanced by hops that finishes at 4.7% ABV.

This beer has been selling so well for Firestone Walker that it was one of the prominent reasons the brewery completed a $15M brewery expansion last year. The expansion saw the arrival of a new 250-barrel brewhouse manufactured by Huppmann of Kitzingen that will allow for annual production of up to 600,000 barrels. As Firestone Walker co-founder David Walker told us last year, “We were two years too late on this expansion.”