For the entire month of October and the first day of November, Rogue Ales will celebrate 31 Days of Dead Guy. Rogue will be toasting its most famous beer, Dead Guy Ale in the beer’s birthplace of Portland throughout the month.

Dead Guy Ale traces its roots back to the former Portland Tex-Mex restaurant Casa U-Betcha. It was here that they served a maibock style beer made by Rogue.

Once outside of Casa U-Betcha, the Dead Guy and his beer became popular both near and afar. It became a go-to beer for everything from Halloween to Colorado’s Frozen Dead Guy Days that celebrates a DIY cryogenically preserved man in a shed. 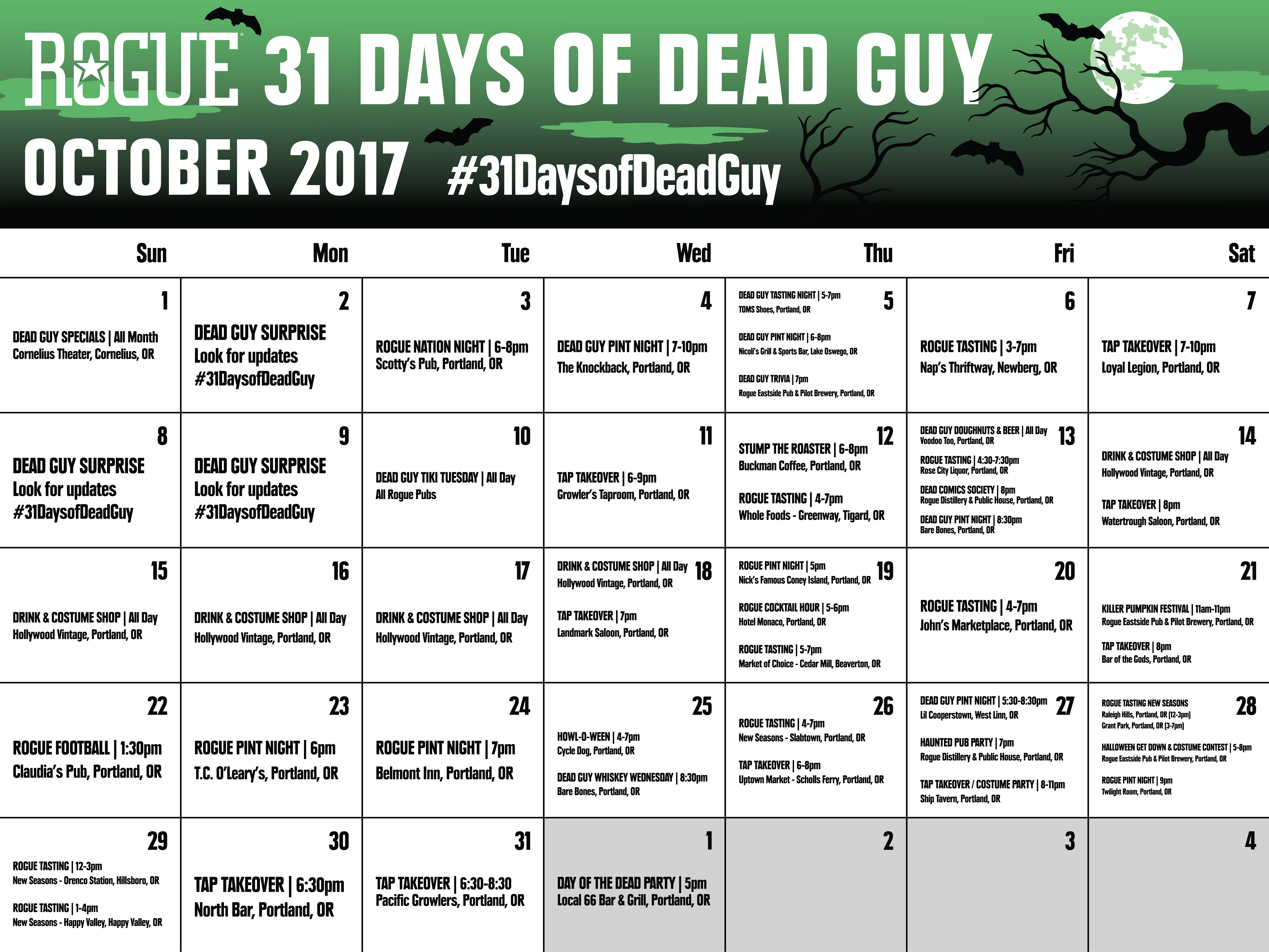 Here are a few of 31 Days of Dead Guy highlights for the month of October.

“We had a lot of fun producing Dead ‘N’ Dead,” said Rogue President Brett Joyce in a statement. “We have these amazing tools to work with, from our handcrafted ales and spirits to our whiskey barrels. Our brewers and distillers got resourceful by colliding our most popular beer and spirit to make a new favorite.”

Dead ‘N’ Dead features a strong whiskey nose and added notes of oak and vanilla, with a smooth caramel flavor from the whiskey barrels that balances out Dead Guy Ale’s malty, honey sweetness.