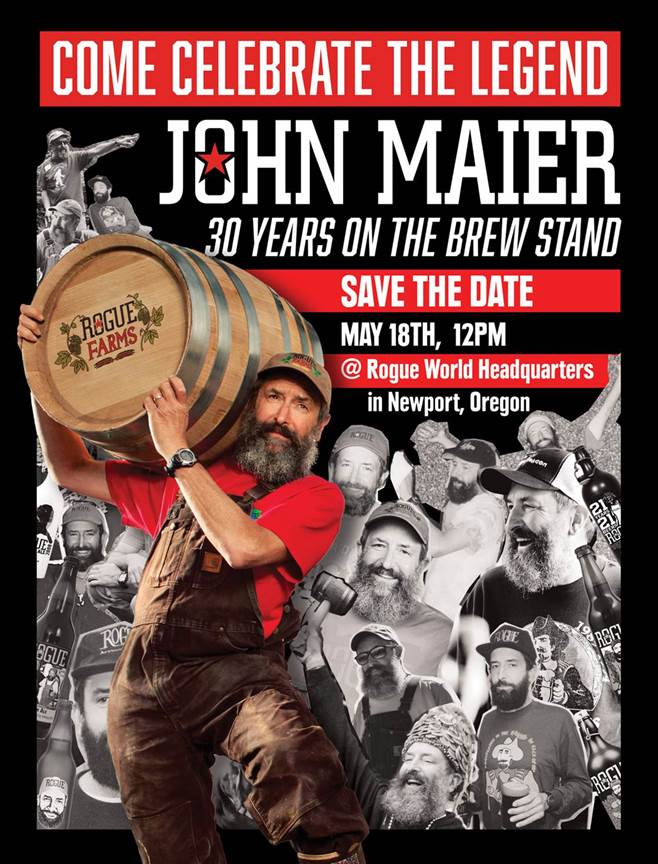 Earlier this month on May 1st, John Maier celebrated his 30th anniversary brewing at Rogue Ales & Spirits. To honor this amazing service, the long-established Oregon brewery will celebrate this milestone on Saturday, May 18, 2019 at the John Maier Coastal Brew Fest. Throughout his three decades of service, Maier has brewed some legendary beers such as Shakespeare Stout and Dead Guy Ale. He’s also been honored on numerous occasions with a plethora of brewing awards and even has his own bobblehead that the brewery created in his honor.

Prior to joining Rogue Ales on May 1, 1989, John graduated from the Siebel Institute in 1986, was named National Homebrewer of the Year in 1988 for his Old Crustacean Barleywine recipe, and received the Brewers’ Association inaugural Russell Scherer Award in 1997. It was also during this time that he worked at Alaskan Brewery where he created the brewery’s highly lauded Smoked Porter.

The John Maier Coastal Brew Fest will be a daylong, family friendly event that’ll take place at its production brewery in Newport, Oregon. For nine hours from Noon until 9:00pm, Rogue Ales will honor John Maier at his 30th Roguiversary with beers from other independent Oregon Coastal breweries and a large assortment of beers from Rogue Ales including an array of vintage selections hand-picked from John Maier. 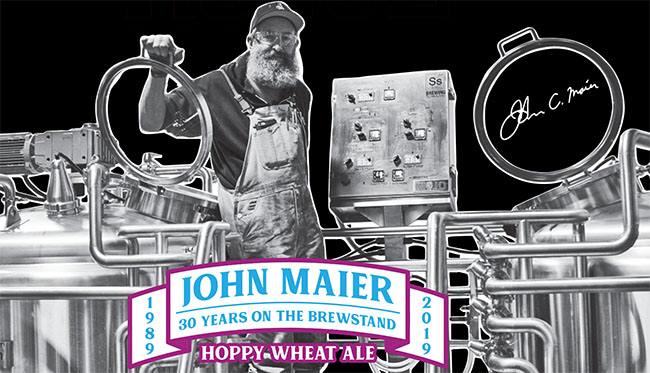 Here’s a preview of the breweries that will be in Newport on Saturday.

Entry into the John Maier Coastal Brew Fest is free but a $5 suggested donation at the door will kindly benefit Newport Fishermen’s Wives. The fest is open to all ages as kids under 18 can enter for free.