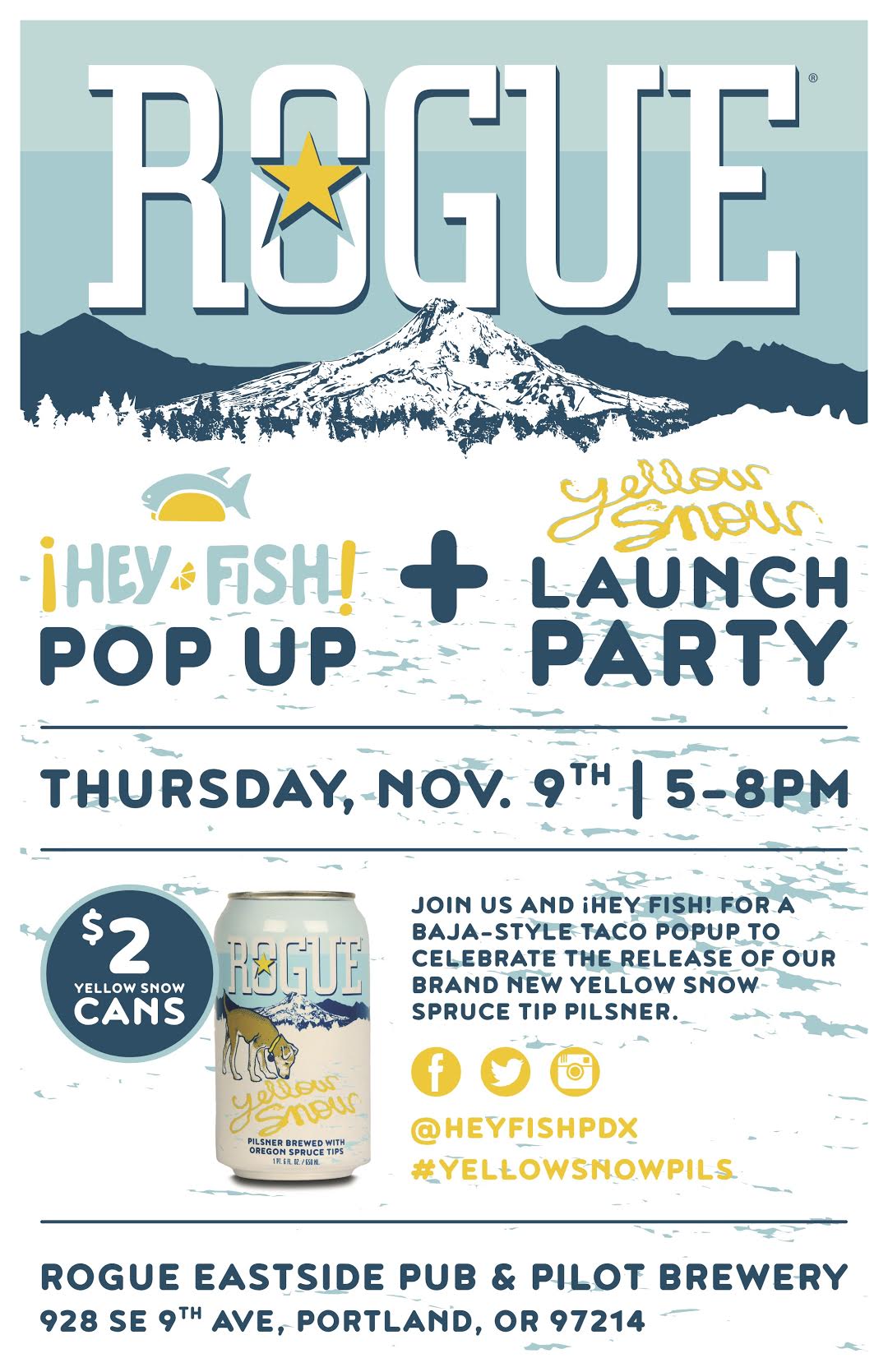 For the past 15 years or so Rogue Ales has been brewing its Yellow Snow IPA but for the upcoming winter season Rogue is changing it up a bit this year with a new version featuring the catchy name. Yellow Snow Pilsner is a beer that is a winter-inspired pilsner brewed with Oregon spruce tips that add sweetness and slight piney, citrusy nuances.

“We’ve brewed Yellow Snow IPA for the past 15 years, but this year we decided to make a beer reminiscent of our Pacific Northwest winters,” said Rogue President Brett Joyce in a statement. “So, we created a crisp pilsner made with spruce tips from our own backyard and then canned it for enjoyment outside.”

Yellow Snow Pilsner is available in 12oz six pack cans and on draft now through February 2018 and can be found using the Rogue Beer Finder.