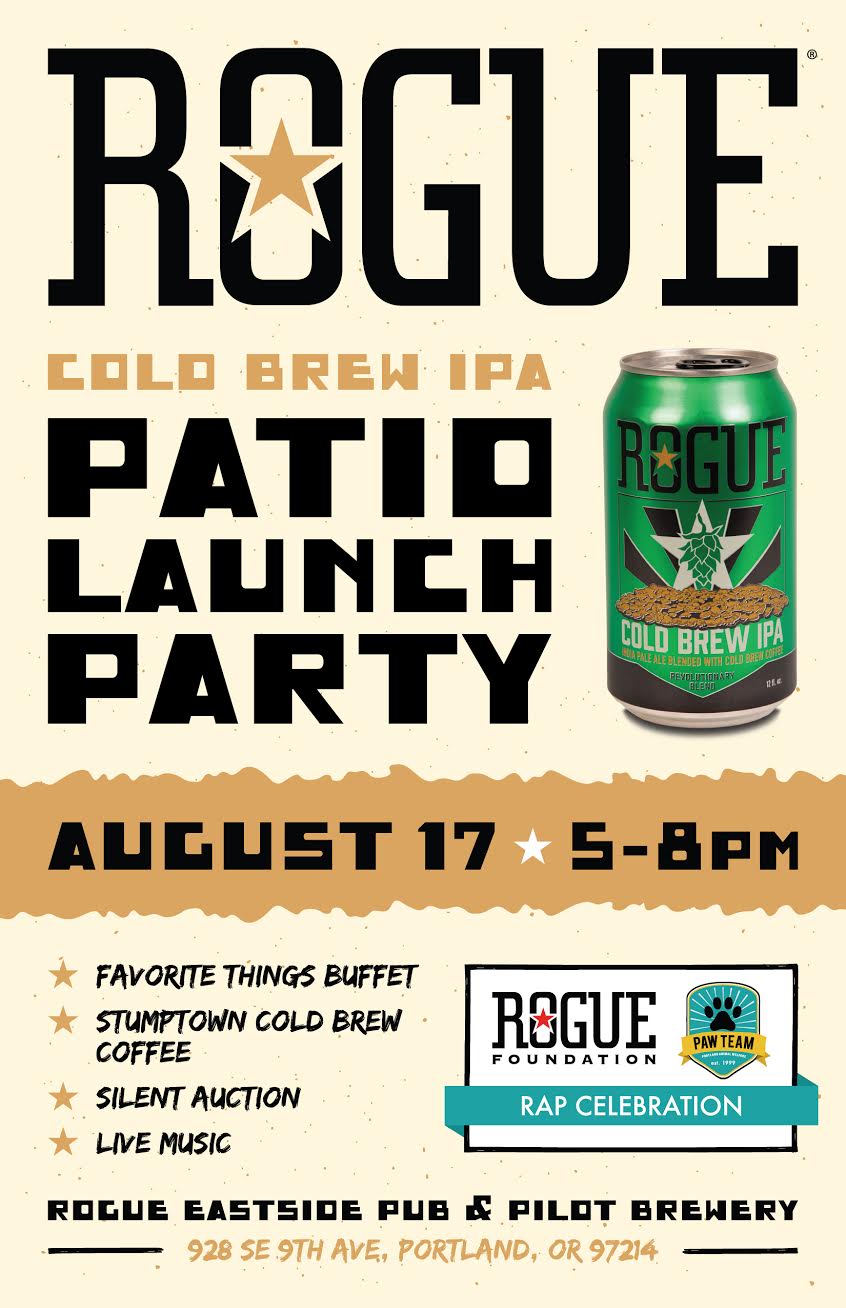 Cold Brew IPA is described as offering bright, citrusy notes from the cold brew coffee that smoothly transitions into a crisp smack of dankness providing an elated experience like no other.

There will also be a low-brow buffet that features:

The event is also a Rogue Foundation collaboration with PAW Team (Portland Animal Welfare Team). For every pint of PAW Team Porter sold, Rogue will donate $1.00 to PAW Team that provides free veterinary care for pets of people experiencing homelessness or extreme poverty. During the event Rogue will present PAW Team with a check from the money raised from this beer.

Rogue’s Cold Brew IPA is available nationwide in 12oz cans, 22oz bottles and on draft and can be found near you with Rogue’s Beer Finder.