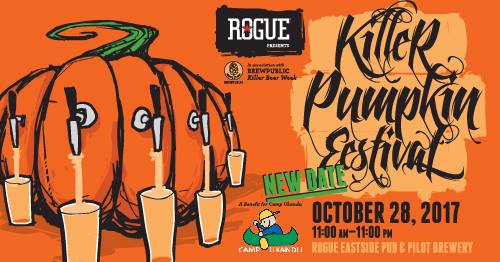 It’s October and pumpkin beer season is in full force. Come on out to the Rogue Eastside Pub & Pilot Brewery, formerly Green Dragon, and sample from over 35 pumpkin beers at Killer Pumpkin Festival on Saturday, October 28 from 11:00am-11:00pm.

Part of our annual Killer Beer Week, this autumn classic will return with over 35 pumpkin beers. This family friendly daylong event will feature all things pumpkin including pumpkin foodie treats, the beloved pumpkin smashing festivities, and more pumpkin beers than you can shake a stick at!

Rogue Ales & Spirits is supplying plenty of hand-planted and hand-picked Rogue Farms pumpkins for smashing, bowling, decorating, carving and many other pumpkin related activities. Pair your pumpkin brew with a delicious sampling of snacks from our special pumpkin menu, or try a pumpkin cocktail. 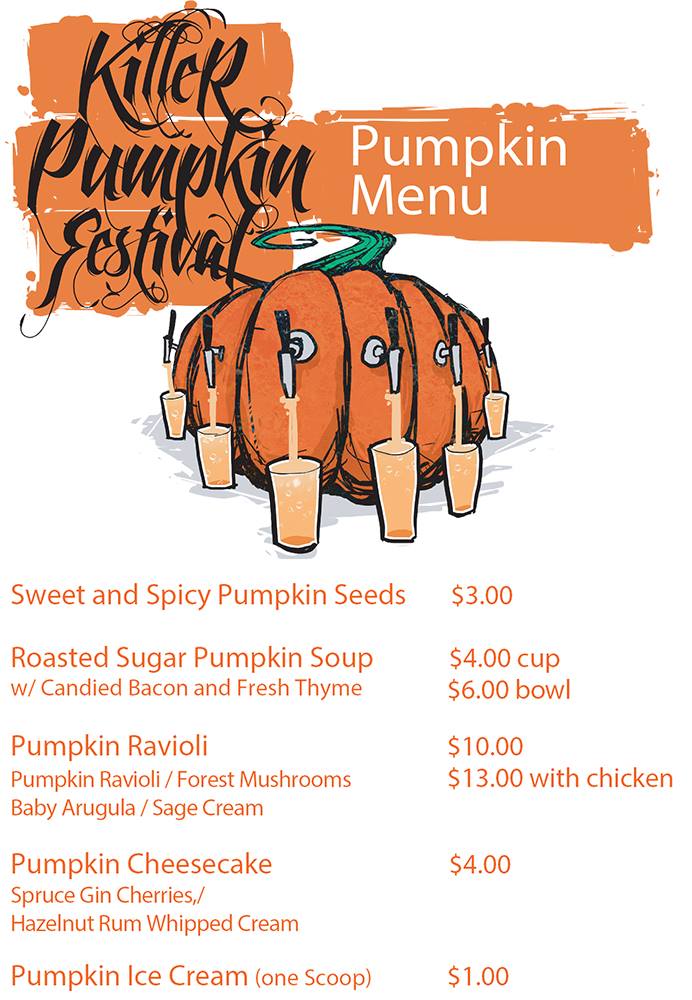 Though this year’s Killer Pumpkin Festival was delayed by a week, this will make for a great day of exploring craft beer as our KillerBeerFest takes place at Bailey’s Taproom in downtown Portland.

Suggested donation of $5 at the door to benefit CAMP UKANDU.