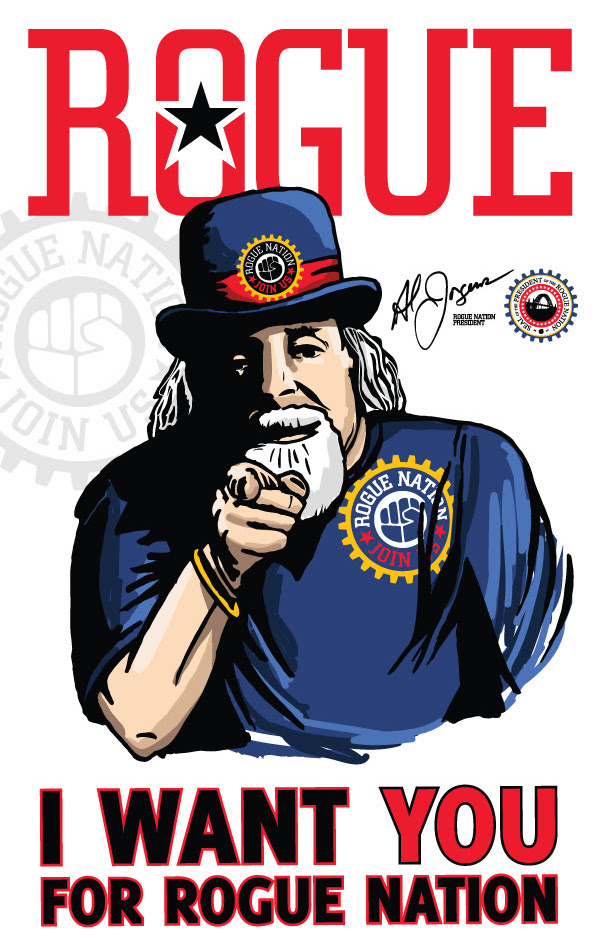 Over the next couple of weeks Rogue Nation President Big Al will hit the long, dark road and travel across the United States in RV Force One. His mission is to spread the Revolution at various outposts and to bring the spirit of Rogue Nation with him.

Prior to Big Al’s big adventure across the US, next week he will be visiting three Portland Metro area establishments to make sure RV Force One is ready for its journey. During the three events Rogue will be serving up some limited available beers and will be offering raffle prizes. Big Al will also be swearing in new Rogue Nation members and of course offering up his hospitality.

Look for Rogue’s RV Force One and Big Al at the following Portland Metro area locations. All three events will begin at 5:00pm.