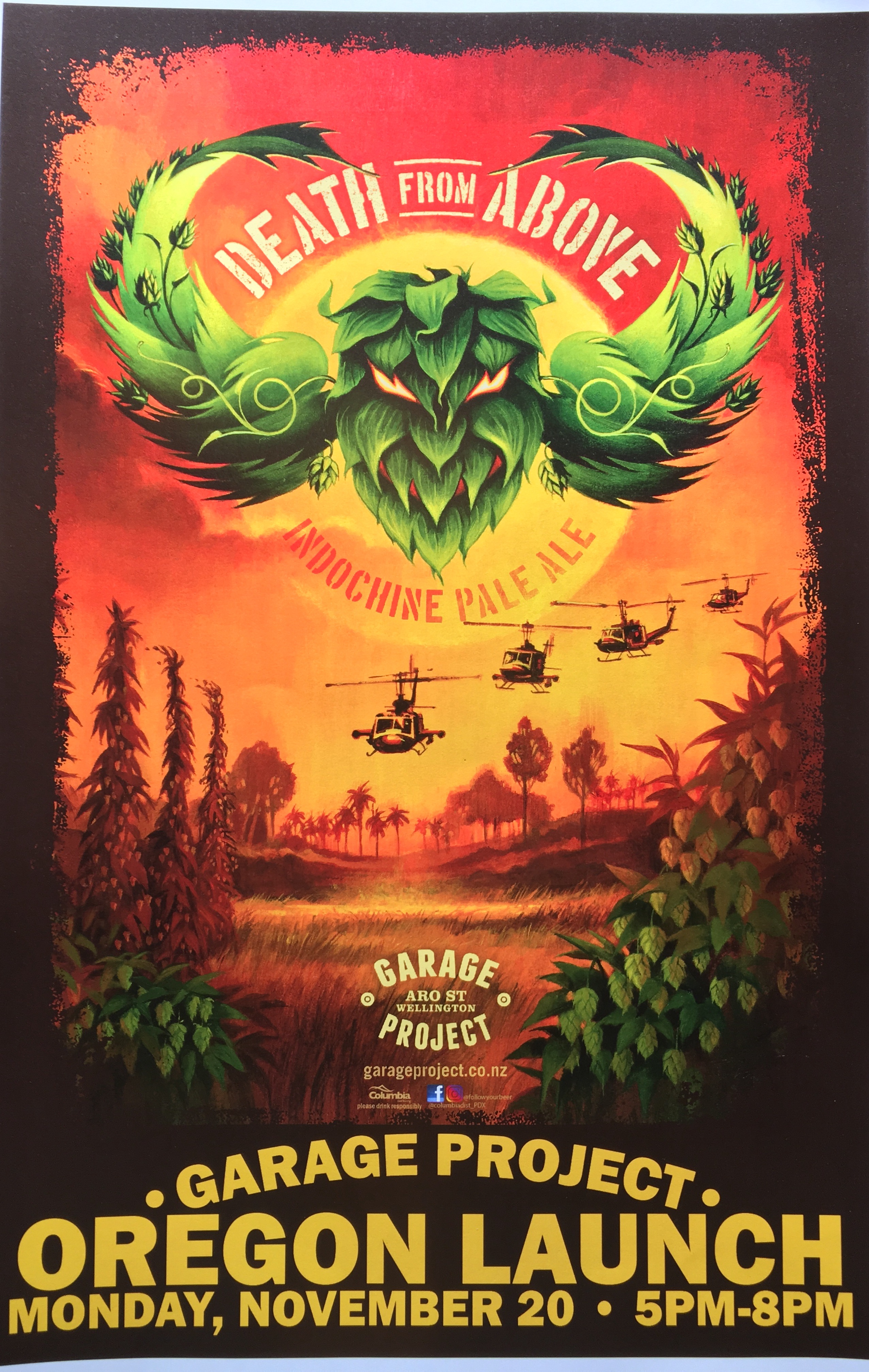 The expanding craft beer scene in New Zealand will finally make its way to Oregon via Columbia Distributing. One of the more popular Kiwi brewers, Garage Project, will make its Oregon debut on Monday, November 20, 2017 at Roscoe’s from 5:00-8:00pm.

Founded six years ago in Wellington, New Zealand by Jos Ruffell and brothers Pete Gillespie and Ian Gillespie, the brewer has taken the craft beer world by storm. Garage Project beers have been featured at a plethora of craft beer festivals around the world including the Firestone Walker Invitational Beer Fest and our very own Oregon Brewers Fest back in 2015. The lines that have formed over the past few years at the Firestone Walker Invitational have been legendary and the wait is worthy of every drop.

Here are more details on the two beers from Garage Project.

Death From Above – Indochine Pale Ale (7.5% ABV)
WHAT IS IT?
This has been one of the most challenging Garage brews to date. At its heart was the idea of combining aggressive, high citrus character of American hops with the heat and sweetness of Indochine flavours. Have you ever tried a Vietnamese mango and chili salad? If you haven’t, you might be missing out on a life changing experience. A fusion of American-style pale ale and South-East Asian flavours of mango, lime, Vietnamese mint and chili. This a beer of harmony, not of conflict. 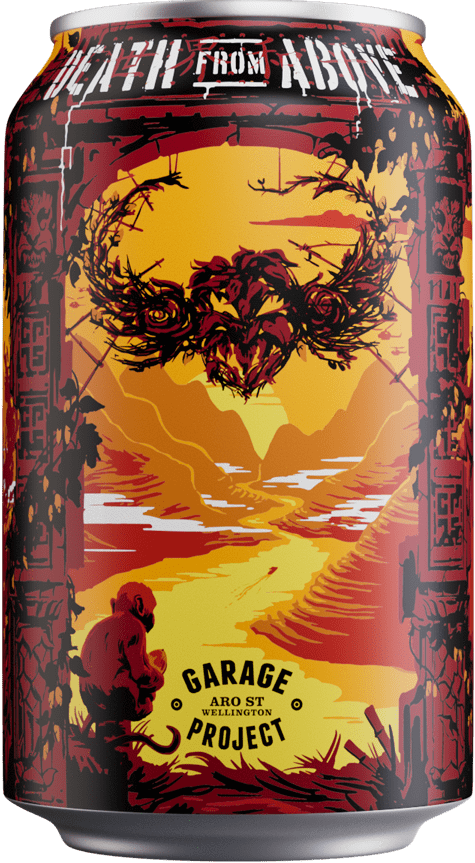 TASTING NOTES
Big, juicy, death. The ultimate combination of fruity, herbal, spicy, and citrus. DFA is largely herbal on the nose with the Vietnamese Mint rearing to go, being pushed up and out of the glass by the also bold mango aroma. As it develops on the palatte you will notice the taste of many citrus and tropical fruits – you be the judge, possibly lime – and a medium bodied beverage that is super fun and complex.

Hops on Pointe – Champagne Pilsner (6.7% ABV)
WHAT IS IT?
Beer and ballet – an unusual Pas de Deux. Brewed by Garage Project for the Royal New Zealand Ballet, Hops on Pointe teases the boundaries between high and low culture. 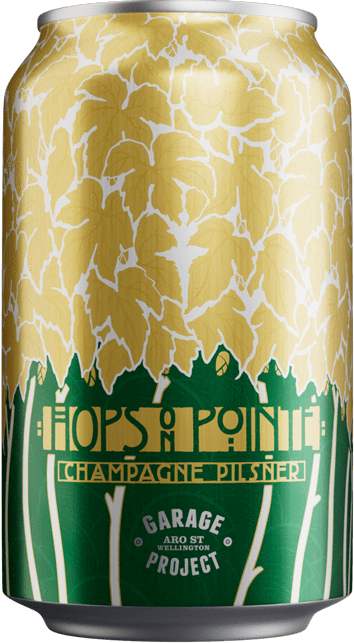 TASTING NOTES
Grapefruit, gooseberry, and a touch of cat pee – for the Sav lovers. This effervescent beauty has a gorgeous soft mouthfeel and a confusing identity that bridges wine and beer. Great for food pairing with cured meats and creamy cheese, and converting non-beer drinkers.