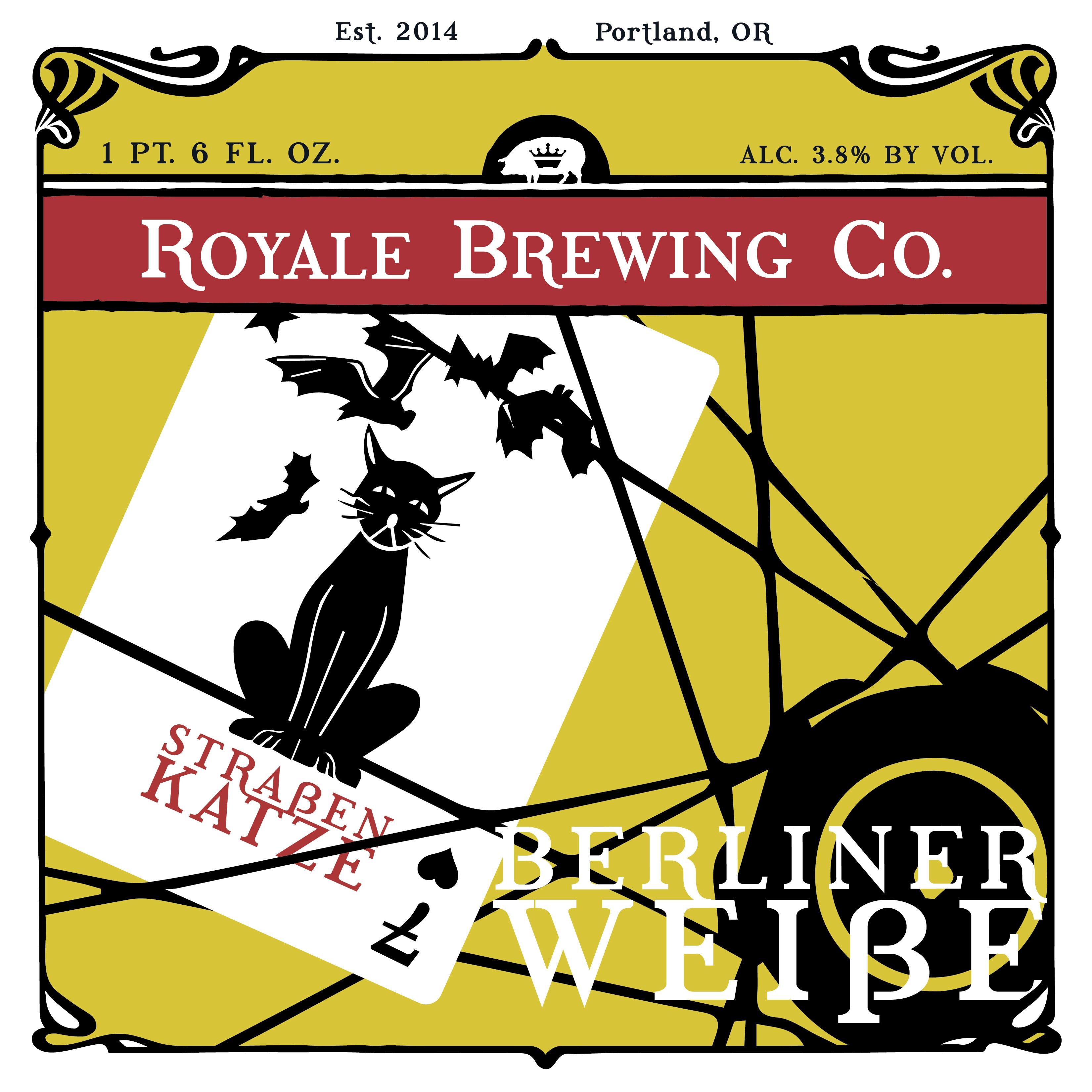 The brewery describes the Berliner Weisse as a refreshing, light-bodied, sour wheat beer. Its clean, bright, and sharply sour. Aromas of lemony-citrus and tart apple dominate. Subtle doughy, grainy wheat character is apparent along with a dense white pillowy head. An effervescent and crisp taste rounds out this low 3.8% ABV beer.

Royale Brewing also worked with its neighbors, Portland Soda Works to come up with a specially concocted syrup to add a bit of fruit to the beer, similar to if you were in Berlin. If you have difficulty with saying Staßen Katze, it’s perfectly okay to just ask for an Alley Cat Berliner Weisse.