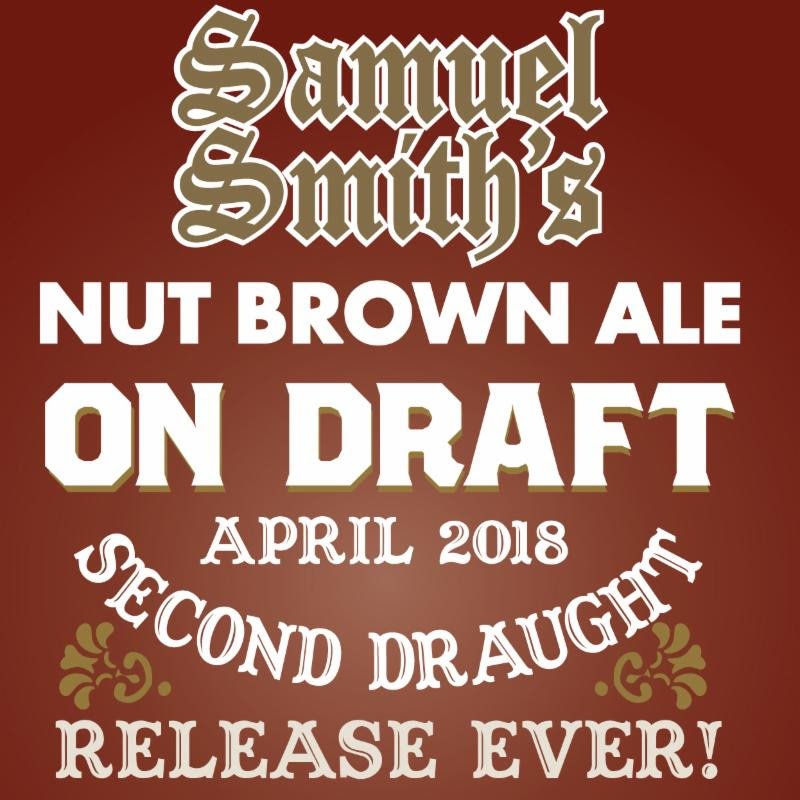 This past fall Samuel Smith’s Brewery shipped its first kegs of draught beer to the United States went it sent its legendary Oatmeal Stout. Now the brewer’s second draft beer has arrived on the shores of the US with its Nut Brown Ale.

The importer has also expanded the distribution and more accounts will be tapping it over the next two weeks. Use the retail beer finder to assist in locating this legendary beer on draft, as quantities are very limited! 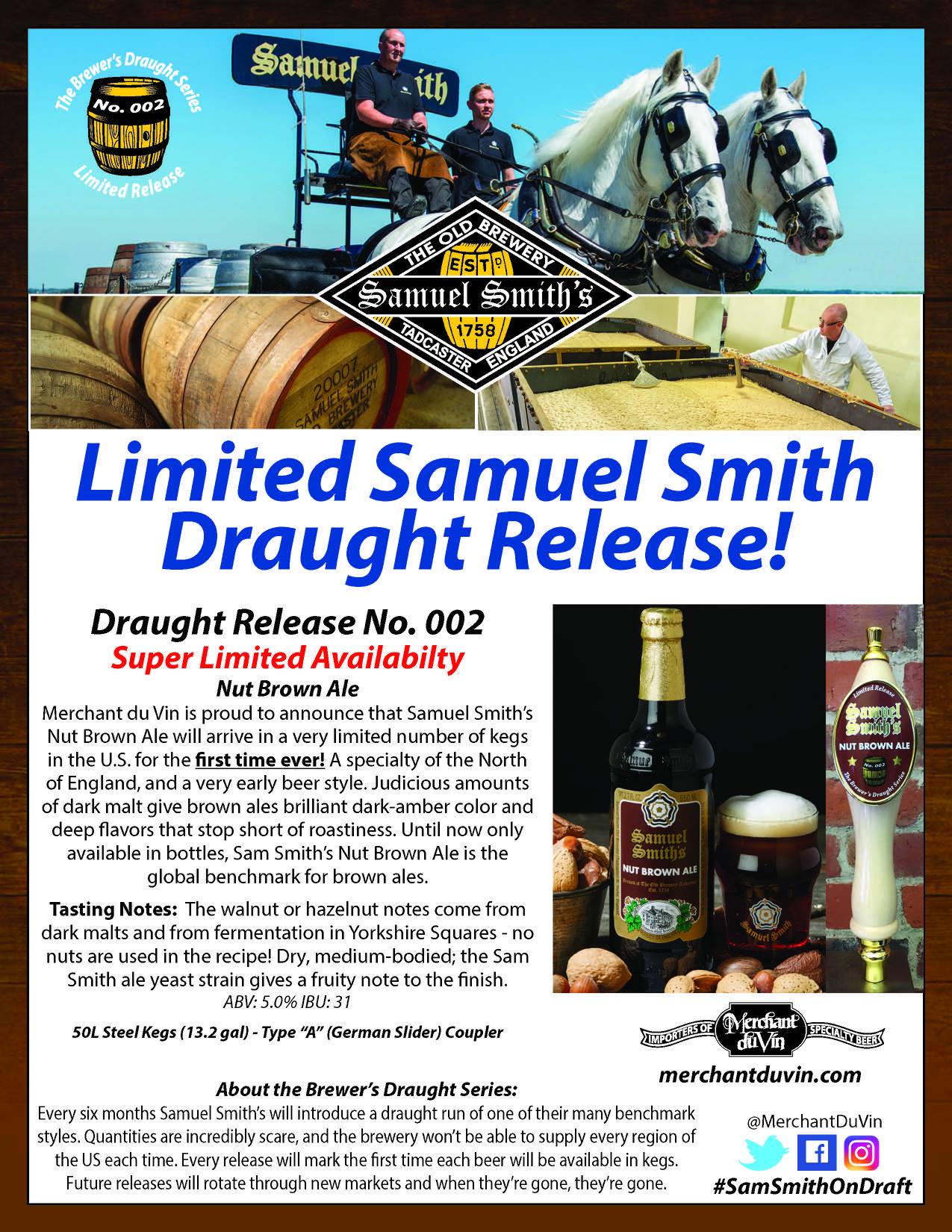