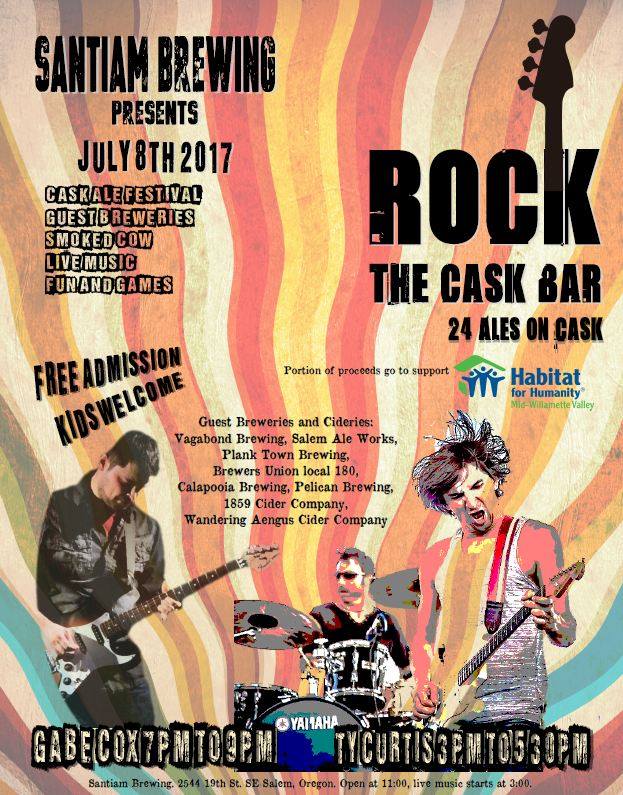 Cask ales are featured front and center this coming Saturday as Santiam Brewing hosts its annual Rock The Cask Bar event. From 11:00am-Midnight on Saturday, July 8th Santiam will serve 24 cask beers which also happens to be the brewery’s 5th anniversary celebration.