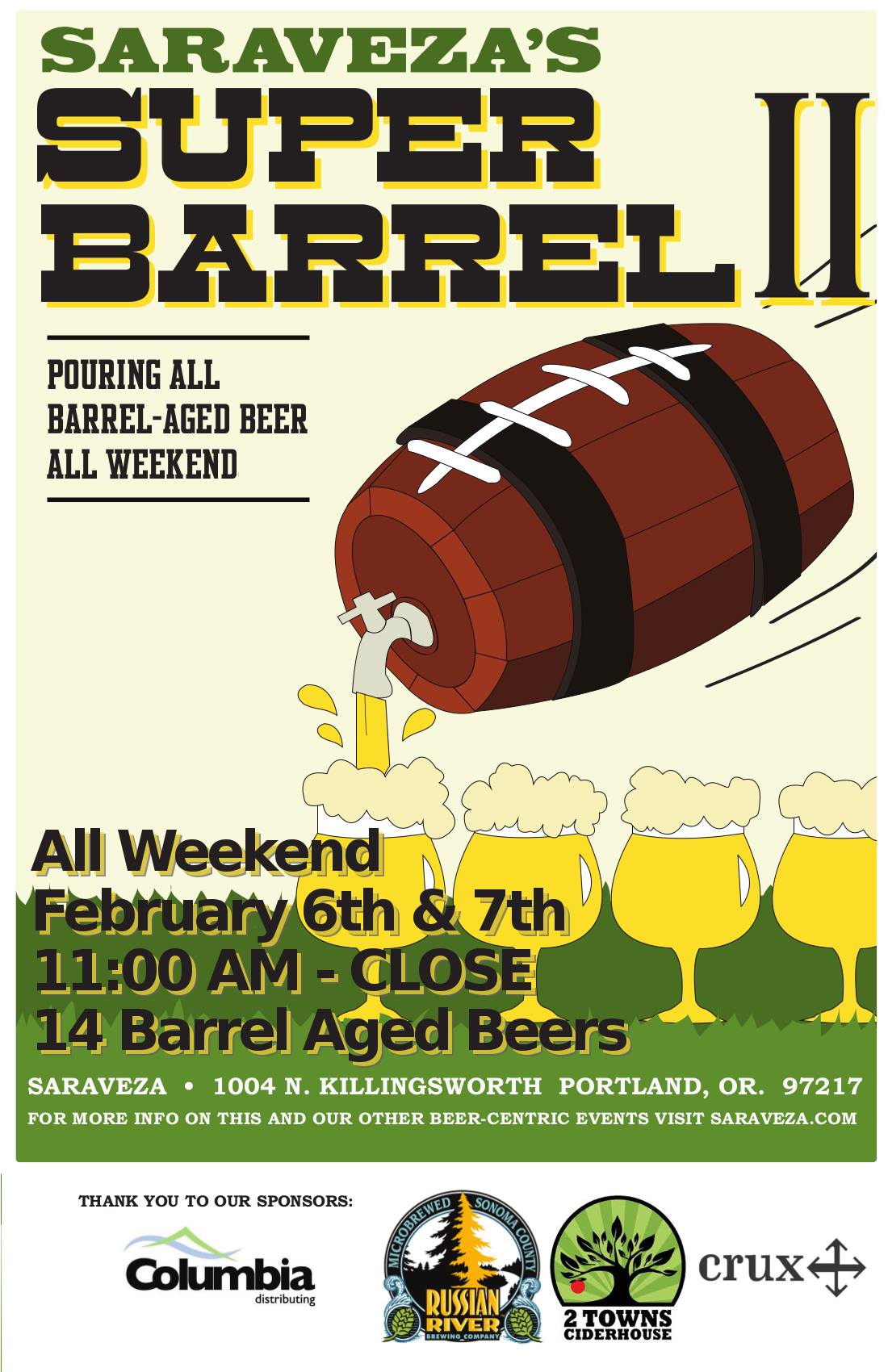 Once any of these fabulous beers kicks, Saraveza has plenty of other beery goodness ready to replace these. For those looking for something less potent, Saraveza will be serving its new house beer, Breakside Wisco Tavern Beer.