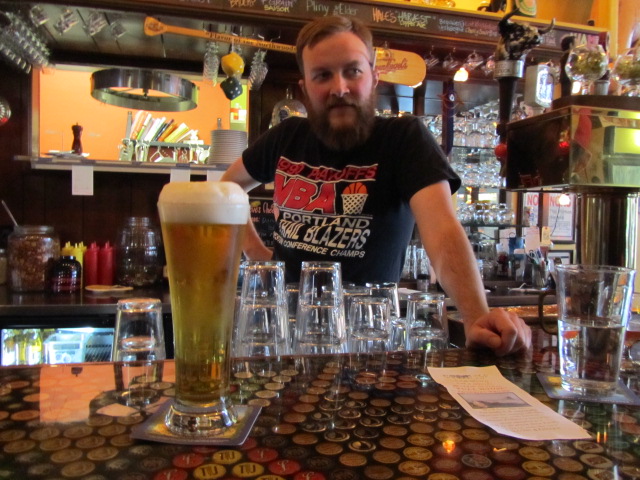 Our longtime friends at Saraveza Bottle Shop & Pasty Tavern turn seven years old this month. With this annual milestone Saraveza will host its 7th Anniversary Party that will take place on Saturday, October 17. In doing so the bar will feature an entire day of special beers being poured, live music and its legendary annual toast to the craft beer industry at 10:00pm.

The Anniversary will kick off when Saraveza’s own Bad Habit Room will be serving up its delicious brunch from 9:00am to 2:00pm. This will lead into the special beers that will be pouring from that taps at Saraveza beginning when the bar opens at 11:00am. Throughout the day the employees at Saraveza take over the taps with selections that they each staff member chooses. 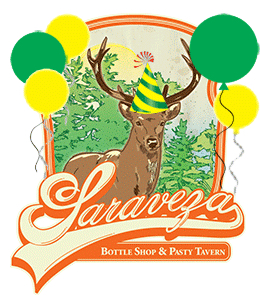 Things only get better when Saraveza will celebrate its Midwest roots by pouring special complimentary beer pours of beers from the heartland.

Also be on the lookout for some special beers that the folks at Saraveza will be pulling from the cellar that will be showcased on the bottleshop’s sales floor on Saturday.

Then to close out the evening the staff at Saraveza will celebrate seven years with its annual Industry Toast led by long-time Saraveza employee Mickey at 10:00pm. This year’s celebratory beer will be 2011 Cascade Apricot. As the beer is being served also be prepared for a slice of the annual birthday cake created by Saraveza’s very own Sugarpimp.

Congratulations to Sarah and her staff on seven GREAT years!