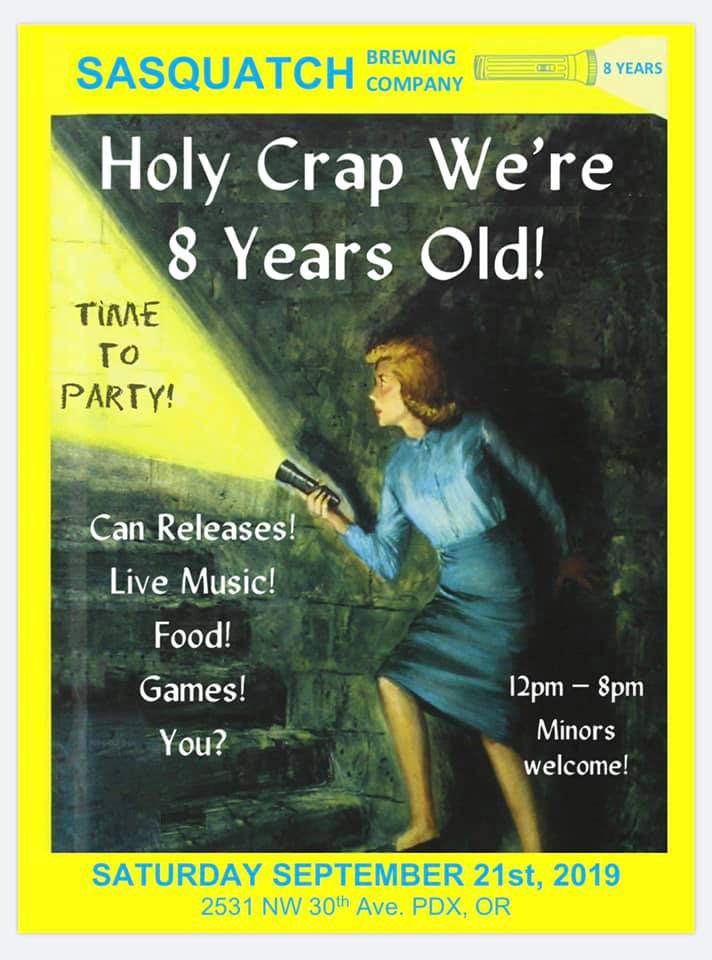 Eight years ago Sasquatch Brewing opened its doors to its first brewery in Southwest Portland’s Multnomah Village neighborhood. The small brewpub chugged along serving up some tasty beers and great food. Then nearly two and a half years ago Sasquatch Brewing opened its new production brewery and taproom in Portland’s Northwest Industrial area. This location is also home to its sister company, New West Cider.

To mark this occasion, Sasquatch Brewing will host its 8th Anniversary Party on Saturday, September 21st from Noon-8:00pm at its NW Portland location. Its two plus year-old taproom and brewery in Northwest Industrial PDX will feature BBQ, live music from Portland band Bitches of the Sun, games, prizes, new beers, and the release of this year’s Fresh Hop Mouth Pillow in cans.

Minors are welcome. Entry is free. $20 will get you five 10oz pours and a burger or brat. Additional, up to date info can be found on the Facebook Event Page.