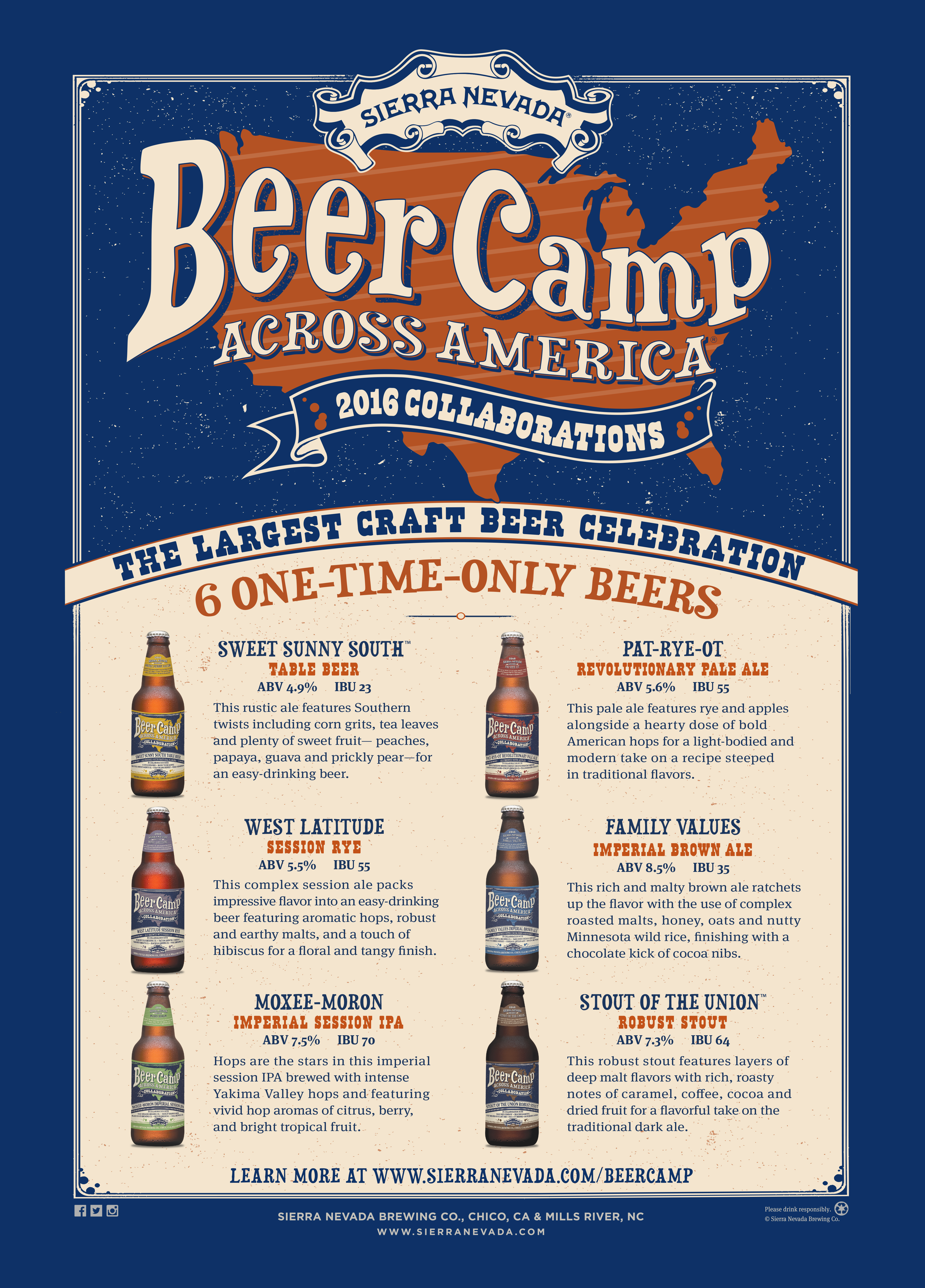 Portland craft beer fans will get their first chance to drink the 2016 Beer Camp Across America beers from Sierra Nevada Brewing and its 30 collaborating breweries all on draft on Wednesday, June 1st at Roscoe’s. The 2016 Beer Camp Across America (BCAA) mixed 12-pack is already in the marketplace (read more here about the release) but beginning at 3:30pm tomorrow, Roscoe’s will be serving all 6 BCAA beers on draft.

The six beers in this BCAA edition includes Sweet Sunny South Southern Table Beer, Pat-Rye-Ot Revolutionary Pale Ale, West Latitude Session Rye with Hibiscus, Moxee-Moron Imperial Session IPA, Family Values Imperial Brown Ale, and Stout of the Union Robust Stout. Here’s a peak at what to expect for each beer from each region along with each of the 31 breweries that are involved with each beer.