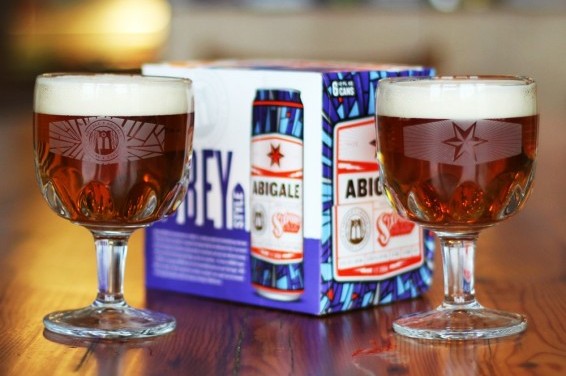 Brooklyn, NY based Sixpoint Brewery is set to celebrate St Patrick’s Day with the Portland release of its latest beer, Abigale. Yes, this nice play on words is Sixpoint’s foray into a big Belgian-style ale for us Portlanders to enjoy.

The release will be taking place on St Paddy’s Day, March 17 at Bazi Bierbrasserie from 6:00 to 9:00pm. Sixpoint’s Portland Distributor, Running Man Distributing, will be at Bazi and they will be pouring a complimentary tasting while also talking about the brewery and this new beer.

In the Dark Ages the Belgian Abbeys emerged as some of the world’s finest breweries, and held some of the most closely guarded brewing traditions. Inspired by visits to the abbeys in the mad scientists’ journeys around the world, Sixpoint touched down in Brooklyn determined to keep the monastic torch burning.