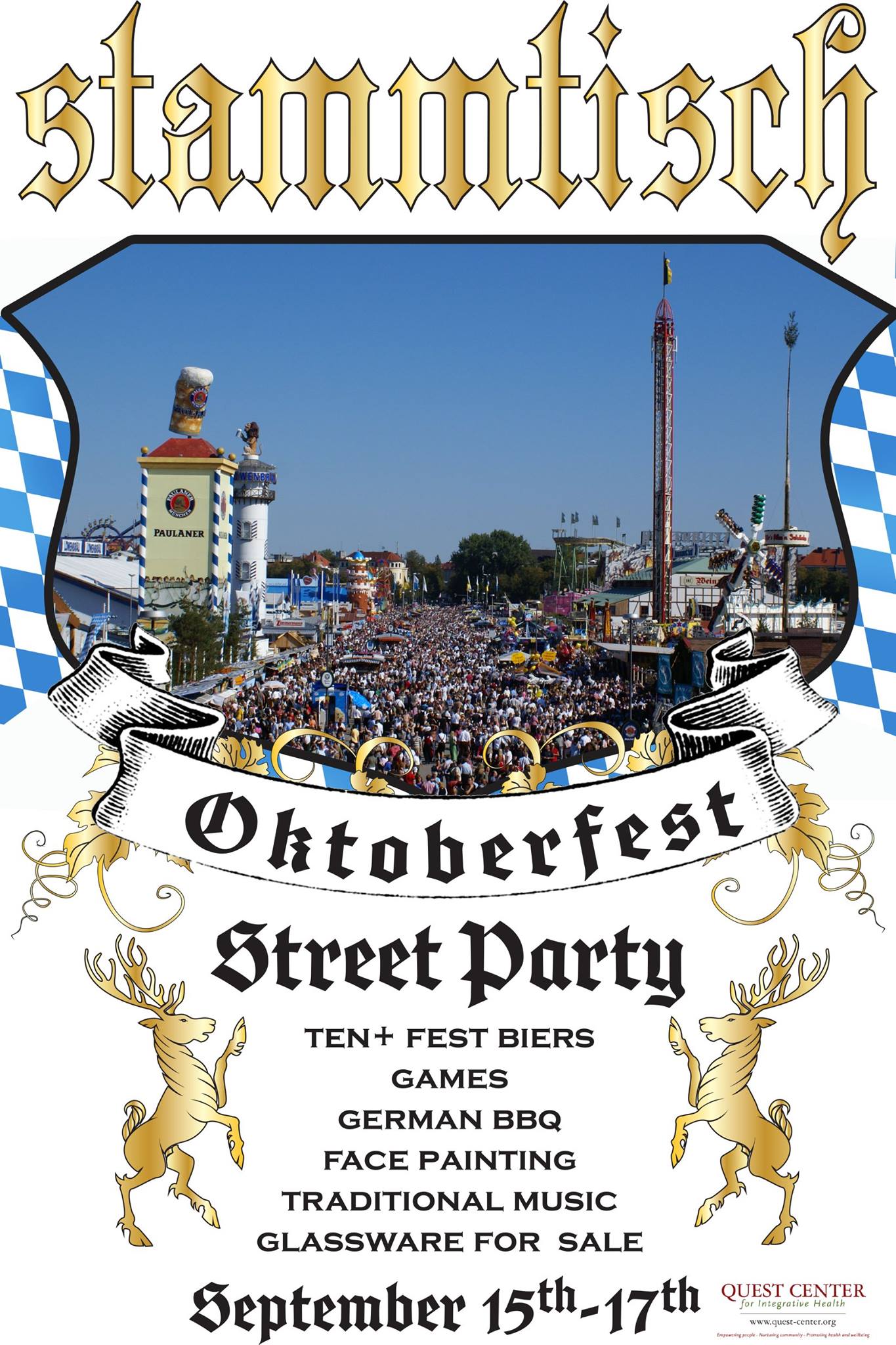 Portland, OR (August 25, 2017) – This September, Dan Hart —behind Portland’s renowned German beer bars Stammtisch and Prost!—invites Portlanders to put on the Lederhosen and raise a stein to Oktoberfest during two weekend celebrations at each bar inspired by the iconic festivities of Munich. Events take place September 15 – 17at Stammtisch and September 29 – October 1 at Prost!

Stammtisch Oktoberfest | September 15 – 17, 2017
It will all begin at Stammtisch for an Oktoberfest block party-style celebration. Channeling the energy of the great outdoor celebrations of Munich, Hart and his team at Stammtisch will close down a portion of NE Flanders to transform the area into its very own Bavarian beer garden, complete with long wooden Oktoberfest tables they actually brought over from Munich, live music, games like corn hole, giant jenga, festive decorations, live German music and face painting for kids. Chef Graham Chaney will be outside grilling all weekend, preparing a special menu featuring Oktoberfest staples like bratwurst, doner kebabs, roast pork, grilled chicken, salads, pretzels and more. Food prices range from $7-$15.

It wouldn’t be Oktoberfest without great beer. This year, Stammtisch will be featuring 10 Oktoberfest and fest-style Marzen beers, with 3-4 of them being from Munich breweries. True Oktoberfest beers are full-bodied Marzen lagers brewed in March by one of the six Munich-based breweries, then stored in the cool caves and cellars of Bavaria through the warm summer months until Oktoberfest. Stammtisch will offer these special beers on tap both inside and outside, along with commemorative 2017 Stammtisch Oktoberfest ceramic mugs, glass steins and boots available for purchase (filled or unfilled). Beer prices begin at $5 for a .5 ltr and $10 for a 1 ltr.

Admission is FREE! And, this year, Stammtisch is excited to work with their neighbor and non-profit partner, Quest Center.

Prost! Portland Oktoberfest | September 29 – October 1, 2017
Prost! will close out the Oktoberfest festivities with its 8th annual celebration. This year is particularly exciting for the team and owner Dan Hart, who recently took over ownership over the Prost! building (after leasing it for 7 years) and the acclaimed Mississippi Marketplace Food Cart Pod, creating Prost! Marketplace.

From Friday – Sunday, Prost! will turn the Marketplace into its own Bavarian beer garden complete with a beer truck serving special German Oktoberfest beers on tap, traditional games, face painting for kids, music and more. The Prost! team will also serve up their menu of German classics including bratwurst, giant pretzels and more. Food prices range from $5-$12.

Prost! will feature 8+ traditional German Oktoberfest beers on tap both inside and outside, along with commemorative 2017 Prost! Portland Oktoberfest ceramic mugs, glass steins and boots available for purchase (filled or unfilled). Beer prices begin at $5 for a .5 ltr and $10 for a 1 ltr.