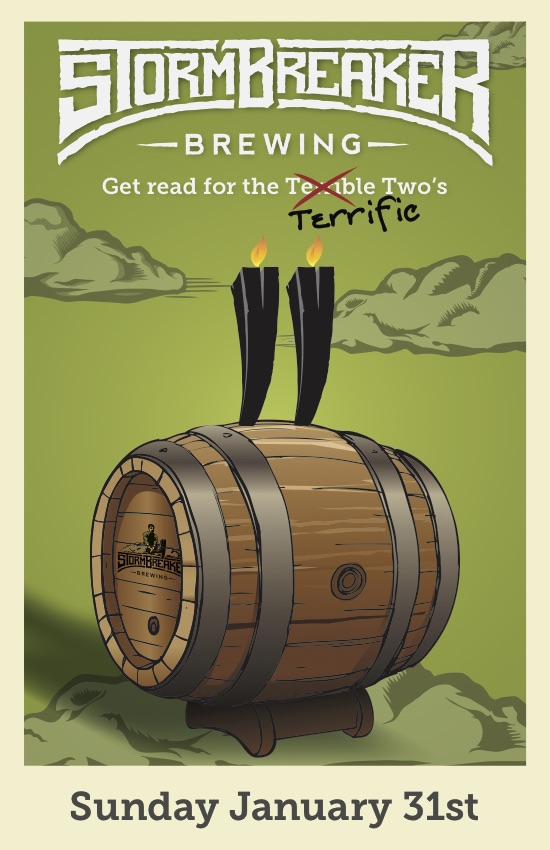 Two years ago StormBreaker Brewing took over the space that was the original home to Amnesia Brewing on Mississippi Avenue in North Portland. Co-owners Rob Lutz and Dan Malech took this spot that had a great following and brought it to a brewpub that was more inviting and better utilized its outdoor space.

On Sunday, January 31, StormBreaker Brewing will host its 2nd Anniversary Party all day long when it kicks off at Noon. For the occasion StormBreaker will be release two special beers, Handfuls of Hops IPA and Year 1 Barleywine.

Handfuls of Hops IPA is a beer that StormBreaker enlisted the assistance of over 50 employees and customers to help brew by throwing in a handful of hops from each person. “It was an awesome brew day!” stated Dan Malech in a release. Year 1 Barleywine has been aging for the past year in former Bull Run Bourbon Barrels. StormBreaker will have limited bottles available at the event for purchase.

StormBreaker will keep the atmosphere’s spirits alive by offering beer and food specials all day, raffle prizes, and other exciting surprises.