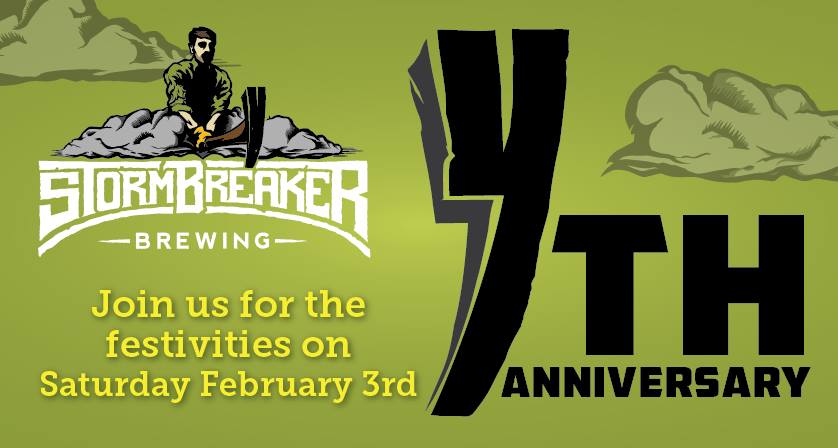 Fresh off earning three medals at the 2018 Best of Craft Beer Awards along with earning six medals at Beer Army Beer Wars, StormBreaker Brewing is excited to host its 4th Anniversary Party this weekend.

On Saturday, February 3rd from 11:00am-11:00pm StormBreaker Brewing will celebrate four years of brewing along North Mississippi Avenue in Portland. This daylong celebration will feature beer specials, raffles, and other special surprises! To top it off StormBreaker will also be have Portland Axe Throwing in the house from 2:00-4:00pm for some fun filled axe throwing.

During the recent Beer Army Beer Wars hosted by All About Beer Magazine in North Carolina, StormBreaker Brewing was awarded six medals and were named the Grand Champion. Then earlier this week the brewer were awarded three medals at the Best of Craft Beer Awards in Bend, Oregon. It received a Gold for Triple Double IPA, Silver for Winter Coat, and Silver for Total ReKolsch.