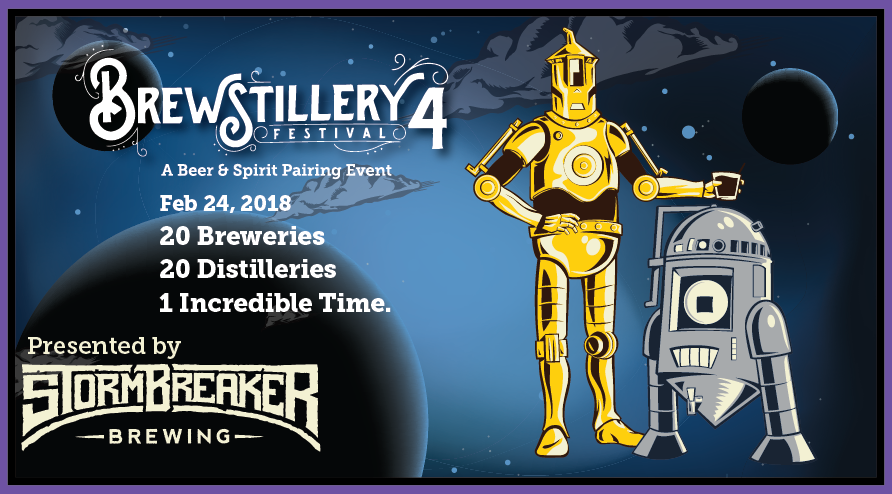 The exploration of pairing beer and spirits continues at the upcoming 4th Annual Brewstillery Festival. Once again StormBreaker Brewing will host a day devoted to craft beverages when it pairs local brewers with local distilleries for its annual Brewsitllery Festival on Saturday, February 24, 2018.

For the fourth incarnation of its Brewstillery Festival, StormBreaker Brewing will pair 20 breweries with 20 distilleries to offer a great day of pairing two fine beverages. The tented off side street next to the brewery will allow for plenty of room for imbibing and listening to live music not matter what the weather brings.

When the event begins at Noon, entry is $25.00 ($27.54 with fees) for General Admission and comes with event branded beer tasting glass and 10 taster tickets. There is also a VIP Package for $45.00 ($48.78 with fees) that includes 15 taster tickets, the event branded beer tasting glass, and a commemorative event branded whiskey glass along with entry one hour earlier at 11:00am. Purchase tickets by clicking HERE or by visiting StormBreaker Brewing where you can save $5.00 by purchasing in person.