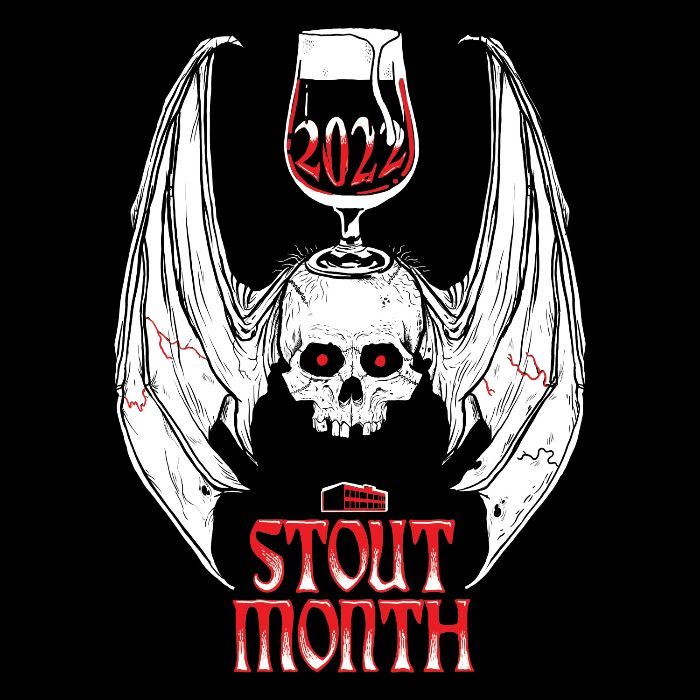 Darkness will reign over Astoria during the month of February at Fort George Brewery. Though the brewery’s coveted Festival of Dark Arts has been canceled for a second consecutive year, Fort George Brewery will feature a month worth of dark beer releases and smaller taproom events during its 2022 Stout Month.

When the calendar flips over to February 1st on Tuesday, Fort George will be delivering the dark goods from dark food specials, dark desserts, dark guest beers, semi-dark lectures every Thursday night, somewhat dark live music on Sundays, and Guest Brewers from the West Coast. These guest breweries include Ex Novo Brewing, Moksa, Reuben’s Brews, and Structures Brewing. More details are listed below in the month long calendar of events. 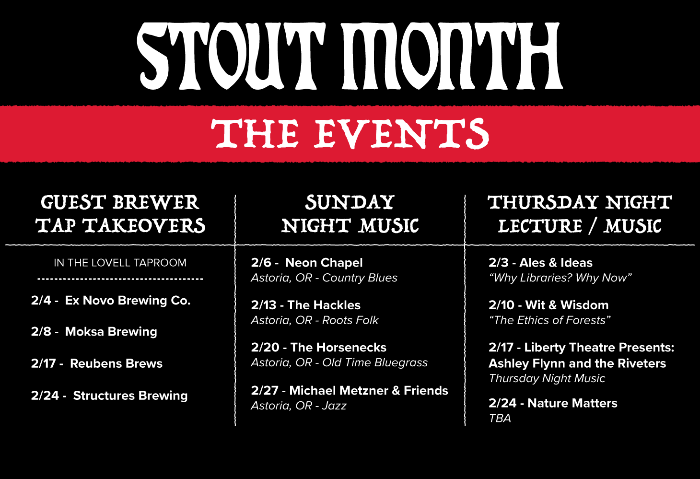 To stay up to date on all of the events taking place at Fort George Brewery during its Stout Month visit https://fortgeorgebrewery.com/.