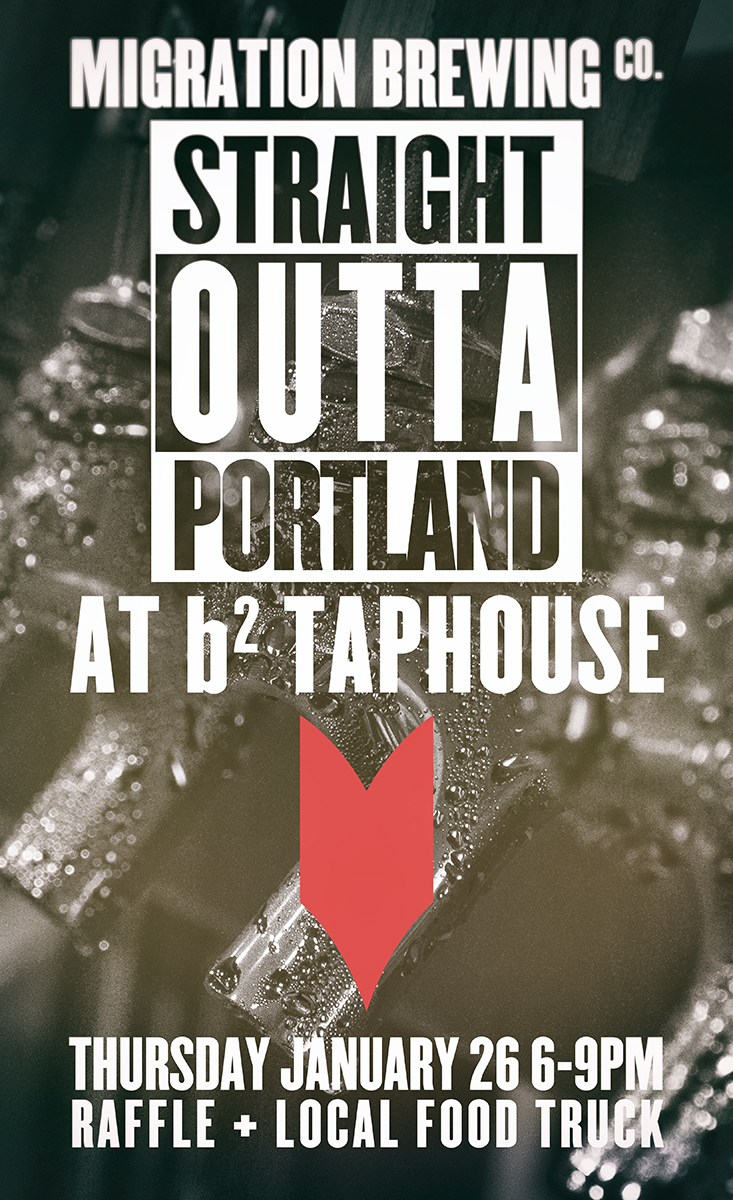 Migration Brewing hosts Celebrating The Craft – A Benefit For The National Brain Tumor Society at its brewpub in Portland on Thursday but the brewery will also be in Salem, Oregon the same evening. Also taking place on Thursday, January 26th is Straight Outta Portland at b2 Taphouse from 6:00 to 9:00pm.

Straight Outta Portand is a tap takeover at one of Salem’s premiere beer bars. A few of the highlights of the eight beers that will be on tap include the following beers listed below.

JT’s Big Blue Food Truck will be onsite and guests will have the opportunity to enter a raffle to win Migration apparel, swag and gift cards!