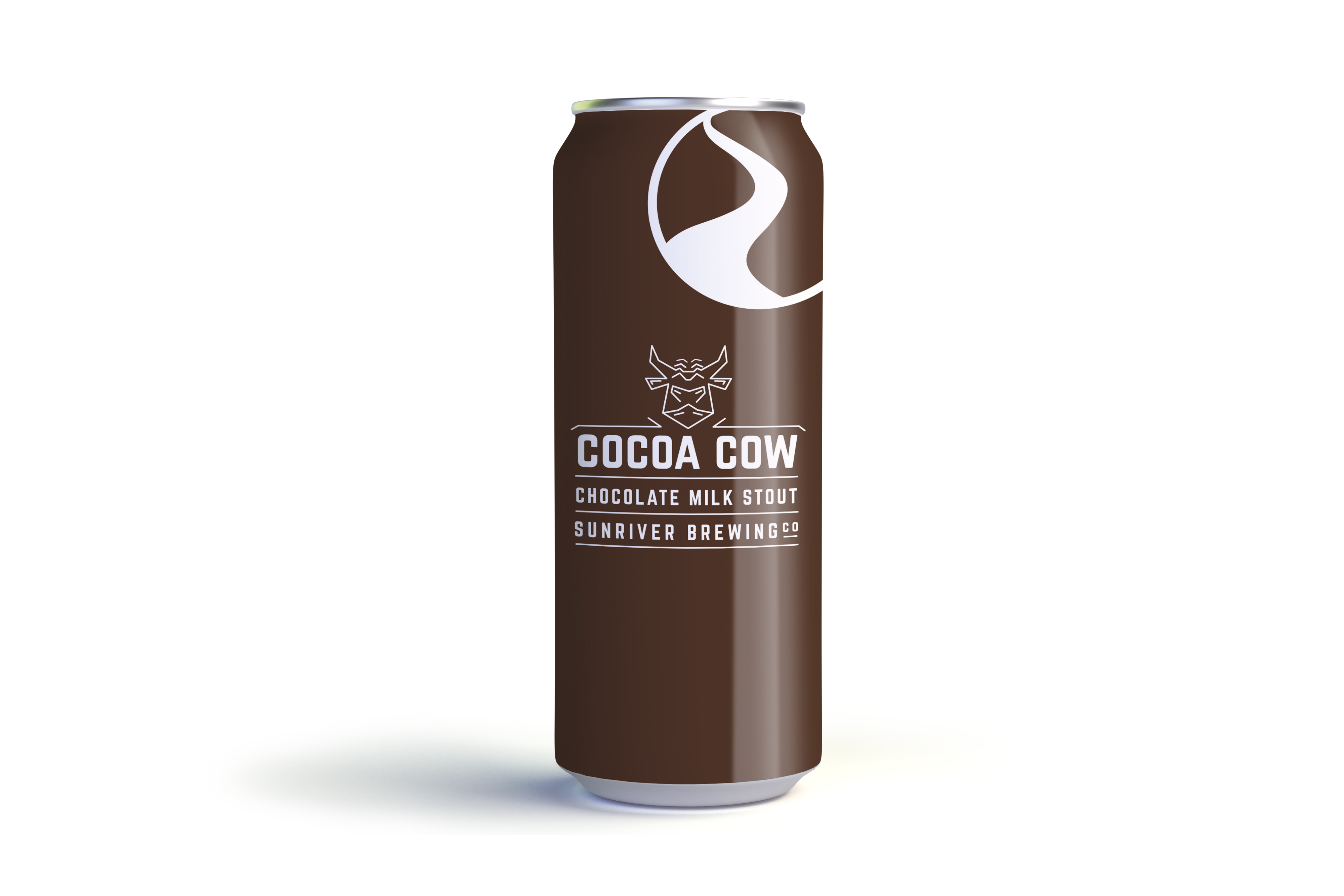 Cocoa Cow Chocolate Milk Stout, an award-winning beer from Sunriver Brewing Company has made its debut in new 16oz cans yesterday at the brewery’s Galveston Pub in Bend, Oregon. Today the beer will make its debut at the brewery’s Oakway Pub that’s located in Eugene, Oregon.

Part of the brewery’s year-round lineup, Cocoa Cow Chocolate Milk Stout is the brewery’s first beer in a 16oz can format to part of this lineup. Cocoa Cow has been awarded a few People’s Choice awards over the last few years, including Bend Brewfest, KLCC Brewfest and McKenzie Brewfest. It has also received a bronze medal at the North American Beer Awards in 2017 and a gold medal at the same competition in 2018.

“Customer demand has been the driving force behind this beer – the response has been unbelievably positive since the first time we brewed it.” says Brett Thomas, Director of Brewing Operations. “We couldn’t be happier to give the people what they want and in the package they want it in.”

“Release the Cows!” will be held from 4pm-6pm each of these three days.
September 5th, Galveston Pub in Bend
September 6th, Oakway Pub in Eugene