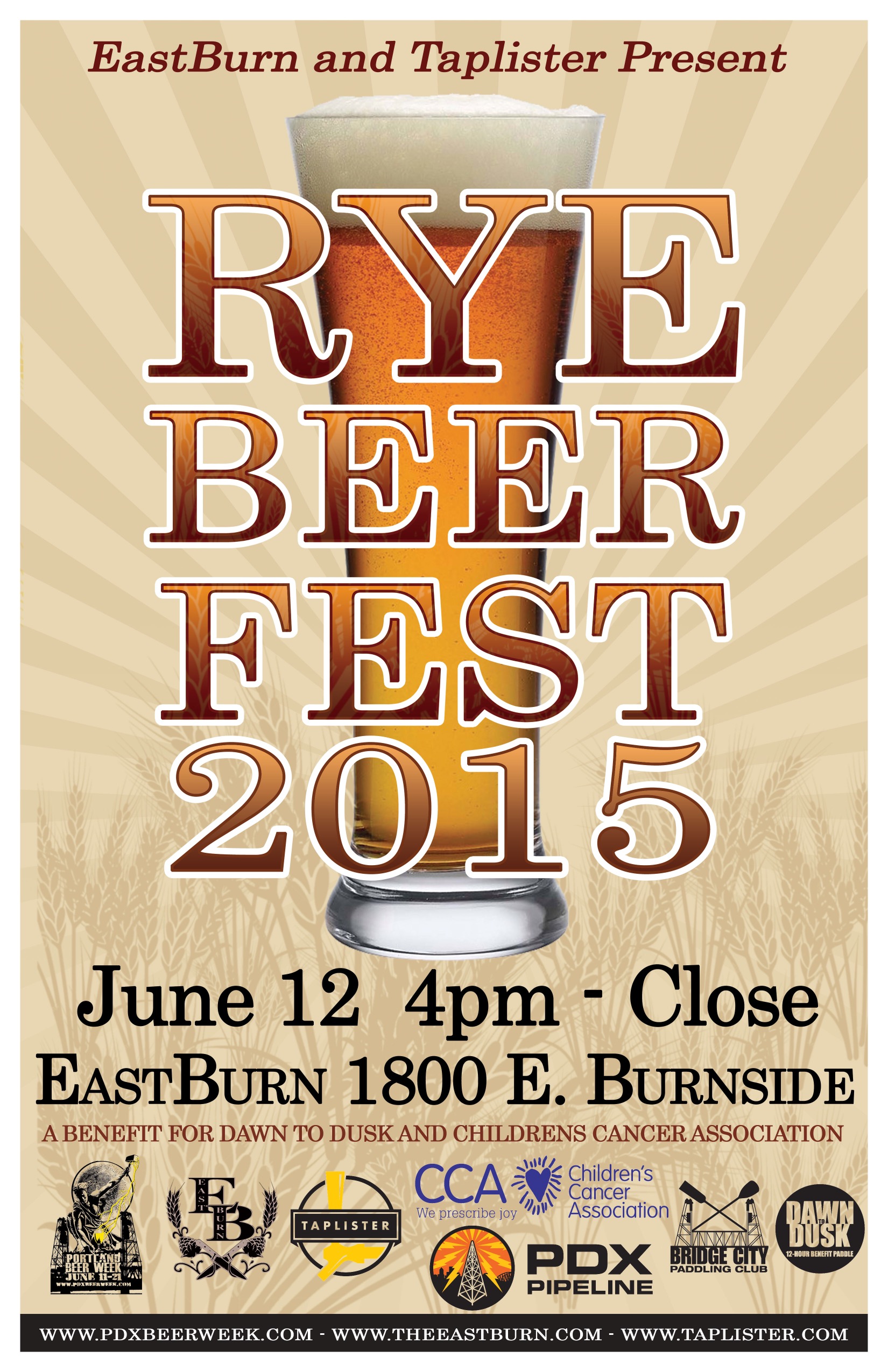 The 4th Annual Rye Beer Fest, a celebration of the revival of rye beers, will be return for the 3rd year to EastBurn. The fest will take place on Friday June 12th, from 4:00pm to 2:00am and will feature 22 different rye beers.

Each year the festival organizer, Kerry Finsand, likes to assist with brewing one of the beers for the fest. This year Finsand had the privilege of brewing with Lompoc Brewing’s Spencer Gotter. The collaboration beer is called Lemon Rye-zome. For this summer inspired beer they used Sorachi Ace Hops and Lemongrass.

Baerlic Brewing – Rye Pale Lager
We fermented this Common with a lager yeast at a higher temperature to accentuate the fruity esters that the yeast produces. The aroma and flavor has hints of spice from the rye and a slight honey and apple flavor and aroma from the high temperature fermentation. Enjoy this beer on the hottest days and the warm summer nights. Cheers from Baerlic!
Style: Common Ale | ABV 5.2% | IBU 25

Breakside Brewery – Abby Wit
Witbier with wheat and rye made with chamomile, coriander and orange peel and fermented with an Abbey yeast. Conditioned on ginger with our house Brettanomyces culture.
Style: Abby Wit | ABV 6.7% | IBU 10 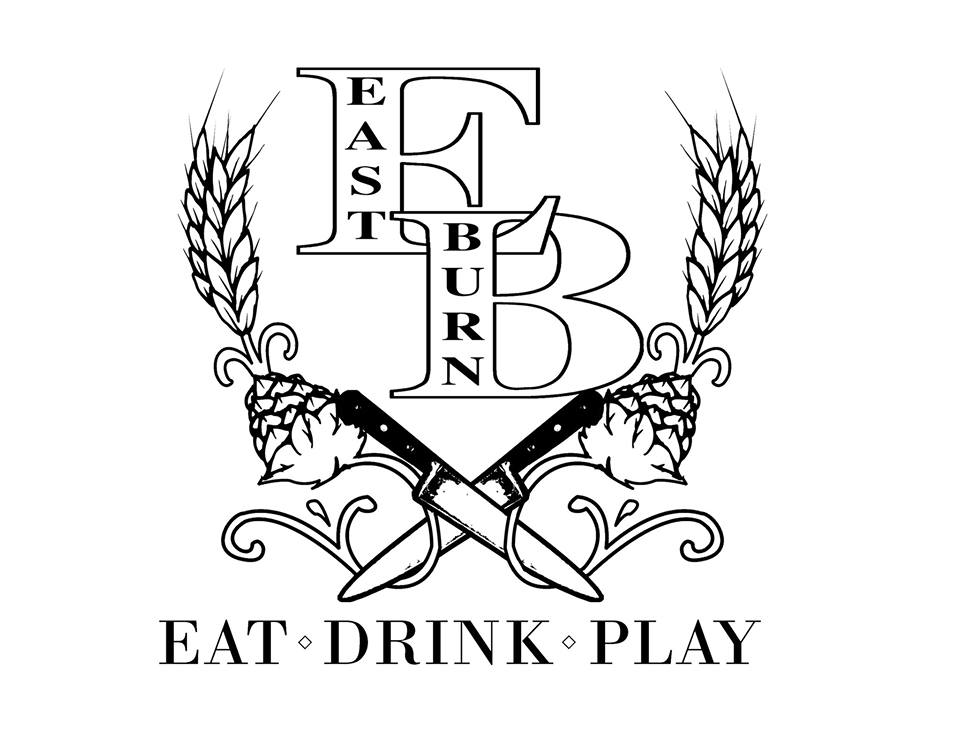 Hopworks Urban Brewery – Fight for your Rye’t
With 35% rye malt in the grain bill, this beer is velvety on the palate and has layers of chocolate, fruit and caramel, but is not sweet.
Style: Malt Mild | ABV 3.6% | IBU 18

Lompoc Brewing – Lemon Rye-zome
A lemon blast awaits you with this citrusy pale ale. Sorachi Ace Hops and Lemongrass were used in this summer inspired brew. Perfect for when you choose to blow off doing yard work this summer. This beer was brewed in collaboration with the Rye Beer Fest founder Kerry Finsand.
Style: Pale Ale: | 6.2% ABV

Ninkasi Brewing – The Devil Went Down to Oregon
In a collaboration spanning Oregon’s bountiful Willamette Valley to Virginia’s heartland, Steve Crandall and Jason Oliver of Devils Backbone Brewing took the bet and gave the Devil his due when our founding brewer, Jamie Floyd, came ‘a-calling. What the trio first described as “a sort of West Coast, German-Style Roggenbier” turned into an Imperial Dark Rye, offering an elevated alcohol percentage and a crisp, lager-like finish from the Alt yeast fermentation. Give the Devil his due!
Style: Imperial Dark Rye | ABV 7.2%| IBU 65

Sierra Nevada Brewing – River Ryed
Born out of our love of the water and a passion for riding the rapids, River Ryed IPA is a class-five rush of flavor. This hop-forward beer features intense citrus and herbal hop flavor balanced by the peppery spice of rye for a dry and delicious end to a rafting journey.
Style: IPA | ABV 6% | IBU 50

Sixpoint Brewery – Righteous
Made with rye malt to provide a distinct earthy character, this ale is seasoned and dry-hopped with herbal and citrus hops. Complex and slightly spicy, this beer’s got something for both malt-lovers and hopheads.
Style: Rye IPA | ABV 6.3% |IBU 57

Uptown Brewing – Shepard in the Rye (100% Rye Ale)
This is one of the only commercially brewed all Rye beers ever made. If you like rye beers then this one is for you. It’s probably very different than you’re imaging with a light crisp body, and a hearty earthy flavor that compliments a very unique hop. A once in a lifetime chance to try this beer will have you coming back for more.
Style: Rye | ABV 5.25% | IBU 40 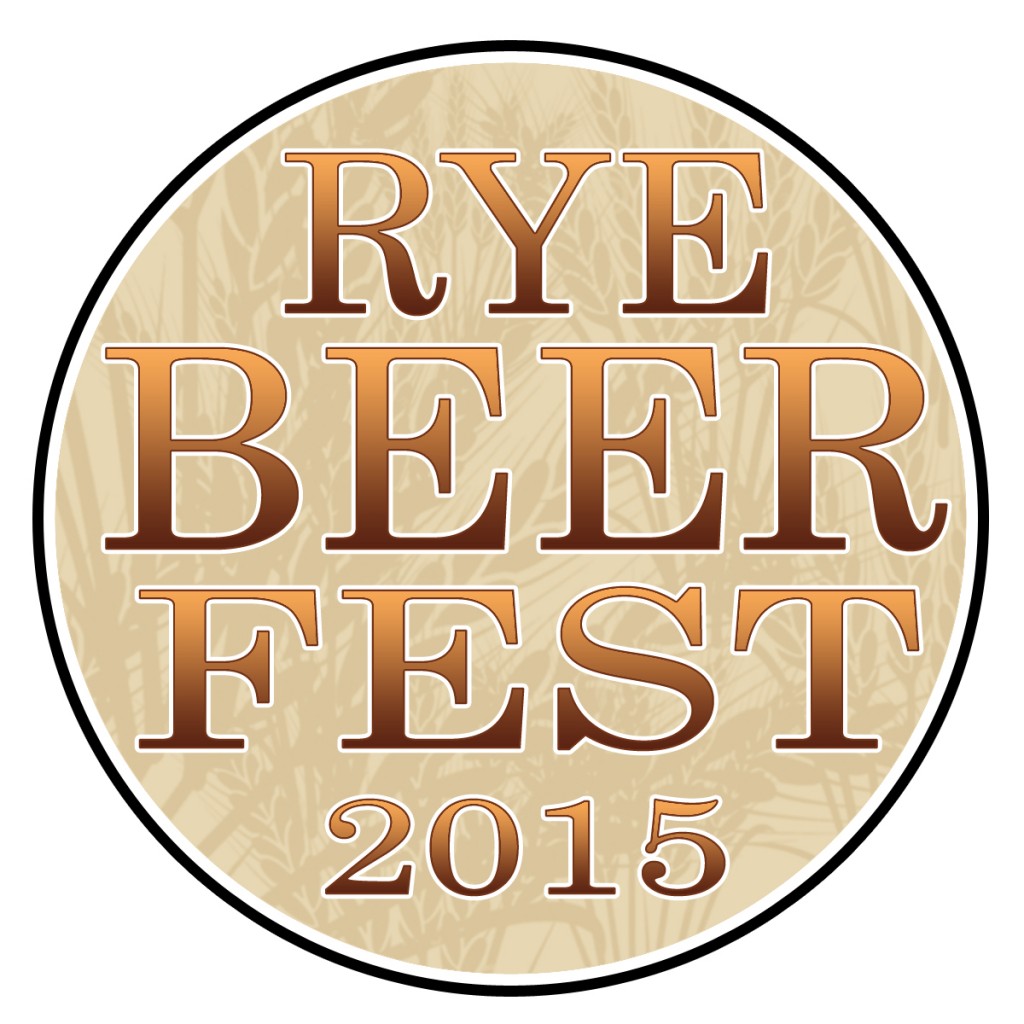 For this year’s fest there will be an admission fee of $10.00. This fee includes a commemorative rye beer fest pint glass and eight beer tickets. Additional tickets will be available for purchase at $1.00 each. One ticket is good for a 4-ounce sample, while 4 tickets will is good for a full pint.

In addition to rye beers, there will be rye cocktails, rye themed food and live music will start at 8:00 pm from Weekend Assembly, a five piece, cross-genre, cross-generational musical project. Weekend Assembly blends roots rock with blues, country, folk and indie music. Kids are welcome upstairs until 9:00pm and there will not be an entry fee for non-beer drinkers.