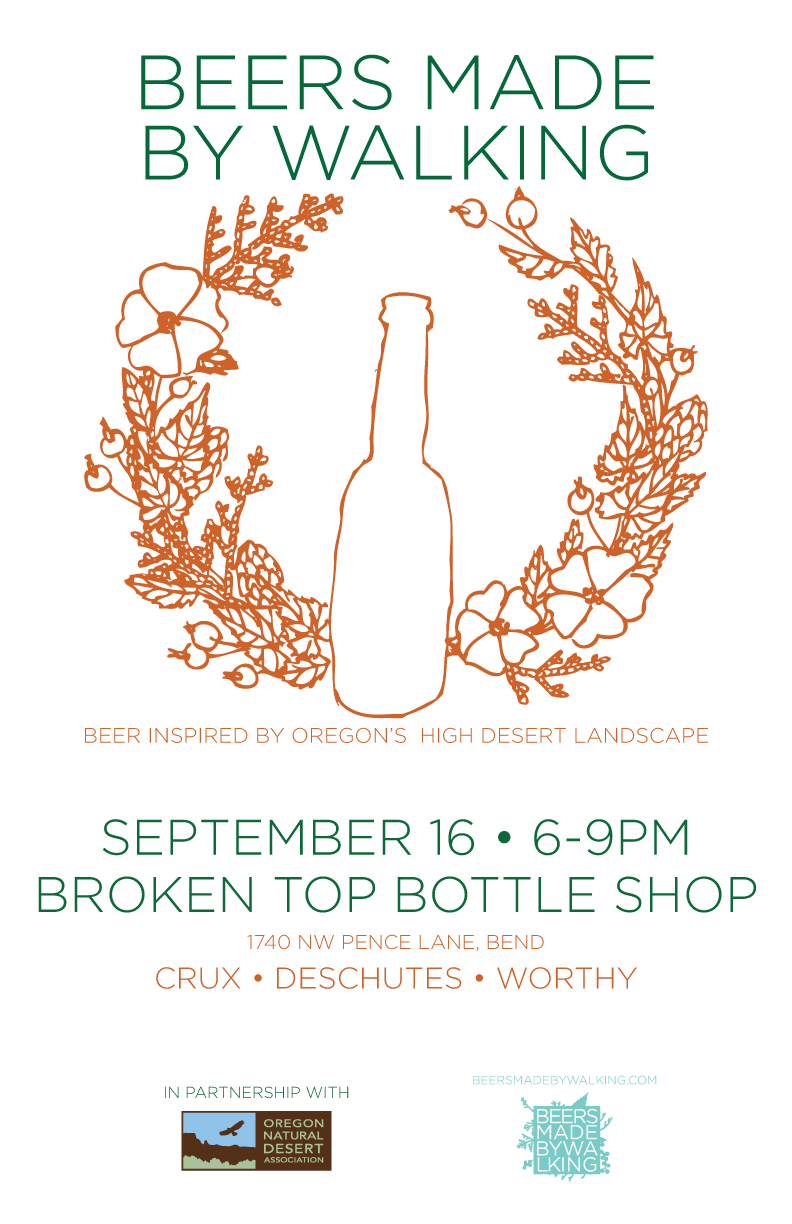 Early this summer, Beers Made By Walking (BMBW) invited local brewers to go on nature hikes and create new beers inspired by the plants identified on the trails. This season, BMBW collaborated with the Oregon Natural Desert Association to host three public hikes. ONDA experts led brewers from Crux Fermentation Project, Deschutes Brewery, and Worthy Brewing Co. through current and proposed wilderness areas and including the Oregon Badlands Wilderness, Scout Camp at the confluence of the Deschutes River and Whychus Creek, and Black Canyon at Sutton Mountain. The beers that come out of this collaboration are inspired by the surrounding high-desert.

For the event Worthy Brewing brewed “Walk on the Wild Side,” which was inspired by the Badlands, just east of the brewery. Their beer is with buckwheat, sage, local honey, and yarrow. After a hike at Scout Camp, Crux Fermentation Project brewed “Redbarn Farm,” a red Saison ale with rye, rosehips, and fermented with Brettanomyces, a wild yeast strain. Fresh off the hike at Black Mountain, Deschutes brewer, and BMBW veteran, Veronica Vega was leaning toward making an IPA with yarrow and black currant and is putting finishing touches on the recipe.

Entrance is free; beers may be purchased in sample or pint sizes. All proceeds benefit the Oregon Natural Desert Association.

About Beers Made By Walking
Beers Made By Walking is a program that invites brewers to make beer inspired by nature hikes and urban walks. Since 2011, BMBW has worked with over 100 breweries in six states to create place-based beers that support local, environmental organizations and causes. beersmadebywalking.com.