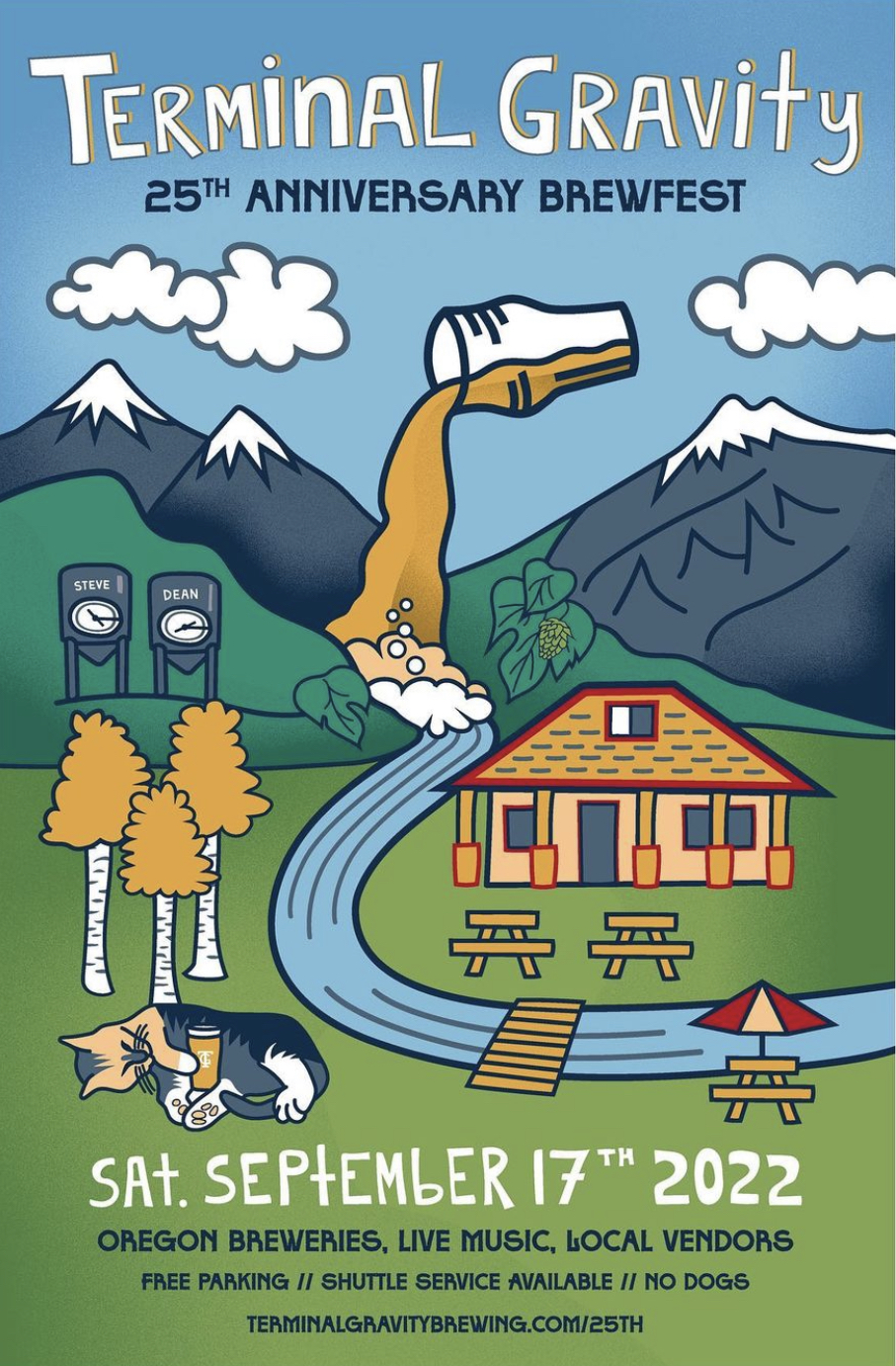 The daylong event will take place from Noon – 10:00pm and will feature its house brewed beers alongside a handful of Terminal Gravity’s favorite Oregon breweries. There will also be live music, contests and games, and plenty of local vendors, all with a view of the gorgeous Wallowa Mountains.

Entry into the Terminal Gravity 25th Anniversary Brewfest is $40 and includes a commemorative 25th anniversary tasting mug and 6 drink tickets. One drink ticket is good for a 4 oz taster, and 3 drink tickets is good for a full mug. Age 12 and under enter free. IDs will be checked to verify 21+ age for anyone looking to drink.

In addition to the Terminal Gravity beers that will be served, several other Oregon and Washington breweries have been invited to join in the celebration.

During the Terminal Gravity 25th Anniversary Brewfest, the brewery’s kitichen will be closed but there will be a few local food vendors on-site. Look for Z’s Barbecue, M Crow Smash Burgers, Alpenfest Brats, All American Coffee, and Weenie Wagon and Shaved Ice.

In addition to the nearby parking, Terminal Gravity has arranged for a free shuttle service doing a loop including Lostine, Enterprise, Downtown Joseph, and the head of Wallowa Lake.