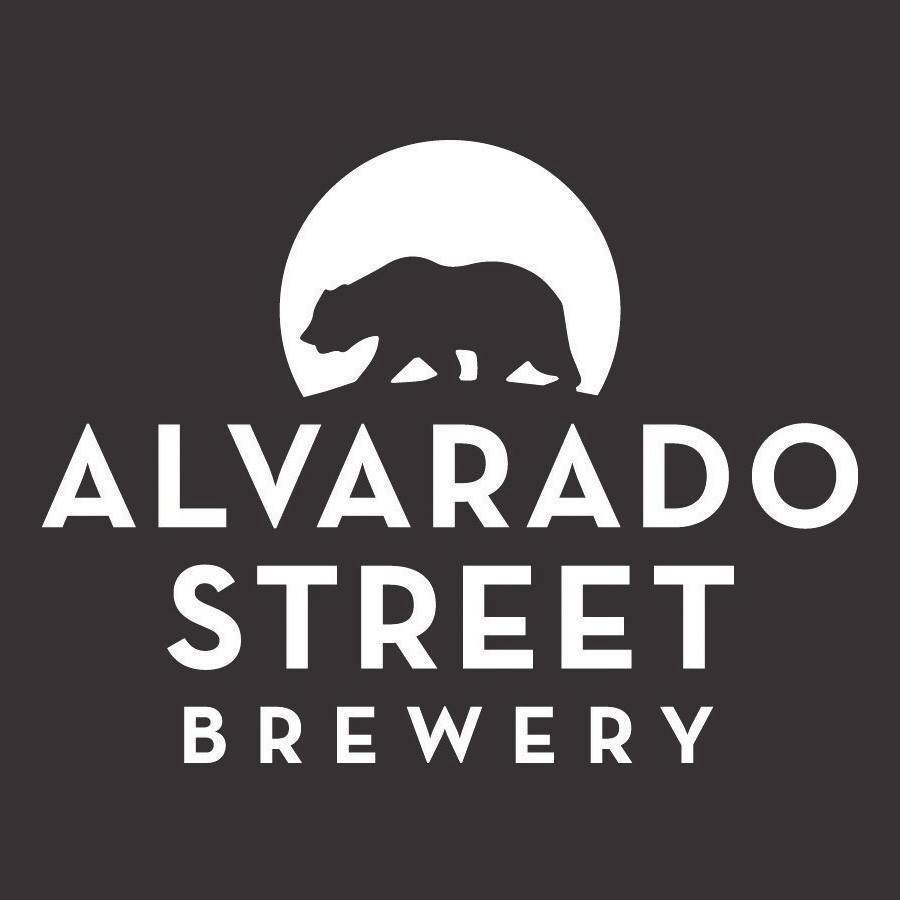 Only brewing for the past four years, Alvarado Street Brewery has been making a name for its brewery based in Monterey, California. Since its inception the brewery has been creating beers from across the spectrum but has most recently been catching its most momentum as part of the Haze Craze.

Today, Alvarado Street Brewery will bring a stellar lineup of its beers to The BeerMongers in Southeast Portland. Look for plenty of offerings in cans and three of the brewery’s beers on tap from 4:00-11:00pm.

Alvarado Street Brewery Can List
Hopres Ski – It’s been a long day shredding pow on the mountain, time to hit the lodge for some juice! This double IPA is crammed with peach & pineapple notes from an expressive yeast strain, and gets straight up tropical with a dry hop of Mosaic, Azacca, Loral & Blanc. After ski hop burps are truly the best.
Sunny Hours – Set your clocks up an hour and spring forward into this tropical bomb sauce fermented with expressive yeast and peppered with Simcoe, Vic Secret, Bru-1 hops and Mosaic cryo powder.
CollaBEERation – 4-way collabeeration with Hop Dogma, Humble Sea & Discretion for Beer Thirty’s 4 year anniversary. Fermented with expressive yeast, this is incredibly floral & fruity,enhanced by a heaping of Southern Hemisphere Nelson, Galaxy & Enigma hops.
Tomahawp – Brewed in collaboration with Seven Stills Distillery in San Francisco. The original recipe was brewed over a year ago and distilled into one of their amazing whiskeys. This is a dank, resinous & tropical West Coast-style Double IPA chock full of Azacca, Citra, Bru-1 & Vic Secret hops.
Growers Pale – Dedicated to the Ag workers of the Salinas Valley, this is a juicy, hop forward beer that drinks more like an IPA than a traditional balanced American pale ale. The yeast strain produces nectarine-like, stone fruit esters which blend beautifully with dank hops like Eureka, El Dorado & Mandarina Bavaria. Enjoy this rather hazy interpretation of what we think is a damn delicious hoppy pale ale.
Triple Haole
Prickly Pear – Our wort is soured with natural, probiotic bacteria that produce pleasantly tart levels of lactic acid. Once the baseline sourness is established, we take the wort through a normal fermentation just like any other beer, and condition this particular one on Prickly Pear & Lime puree.
Metal Clothes – A Belgian Style Quadruple ale brewed in Monterey that sat in freshly emptied Buffalo Trace Kentucky Bourbon barrels for 19 months. It’s the highest ABV beer we’ve ever released but incredibly smooth with enormous amounts of caramel & candied dark fruit notes over a vanilla-char background.

Alvarado Street Brewery Tap List:
CollaBEERation – 4-way collabeeration with Hop Dogma, Humble Sea & Discretion for Beer Thirty’s 4 year anniversary. Fermented with expressive yeast, this is incredibly floral & fruity,enhanced by a heaping of Southern Hemisphere Nelson, Galaxy & Enigma hops.
Motor Oil No.1 – Our incredibly decadent, rich & roasty Imperial Stout treated with Tahitian vanilla beans, liquid cacao & fresh coconut shavings.
Peninsula Pilsner – This Pilsner is all about the delicate balance of soft European malt and floral, spicy notes from classic Noble hops used, which include Czech Saaz and German Tettnang. Our house lager strain adds a pleasant minerality, and attenuates fully for a crisp, clean and dry finish. Basically, we brewed this beer selfishly so we could have a hoppy pils to drink. Super refreshing, tons of flavor, sessionable for any occasion.