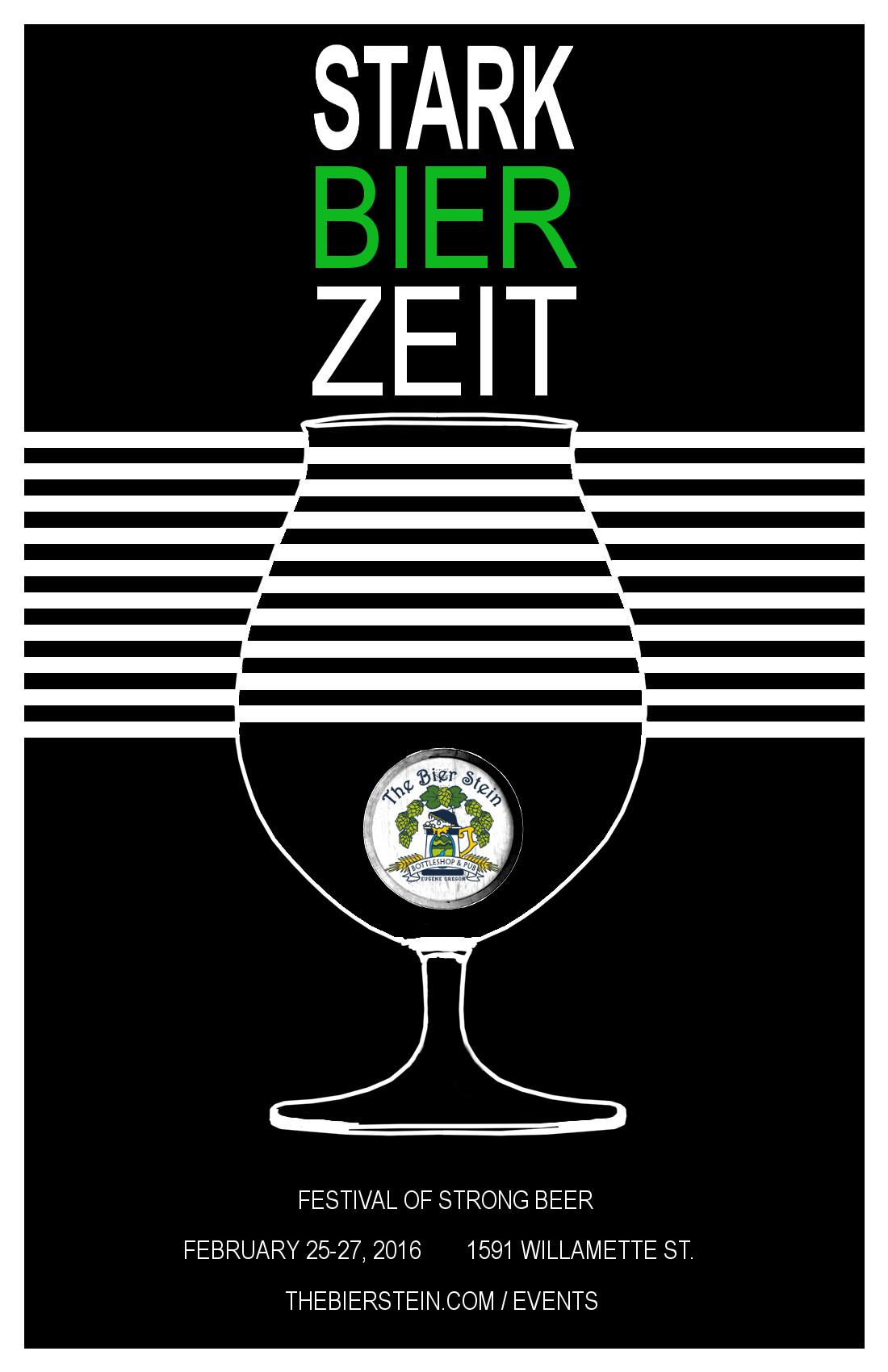 Being in the midst of winter, big beers are part of the norm to help ward off the colder damp weather here in the Pacific Northwest. To celebrate these higher ABV beers, The Bier Stein in Eugene is set to host its 4th Annual Starkbierzeit: Festival of Strong Beer over a three day run from February 25 – 27.

Look for an intriguing vertical of Sierra Nevada Bigfoot and a barrel-aged version and a Firestone Walker Parabola vertical. The three-day event will trot out some of the best big beers Eugene’s most prolific beer bar has to offer. All beers will be on tap upon opening each day at 11:00am.

Here’s the daily lineup of what to expect.