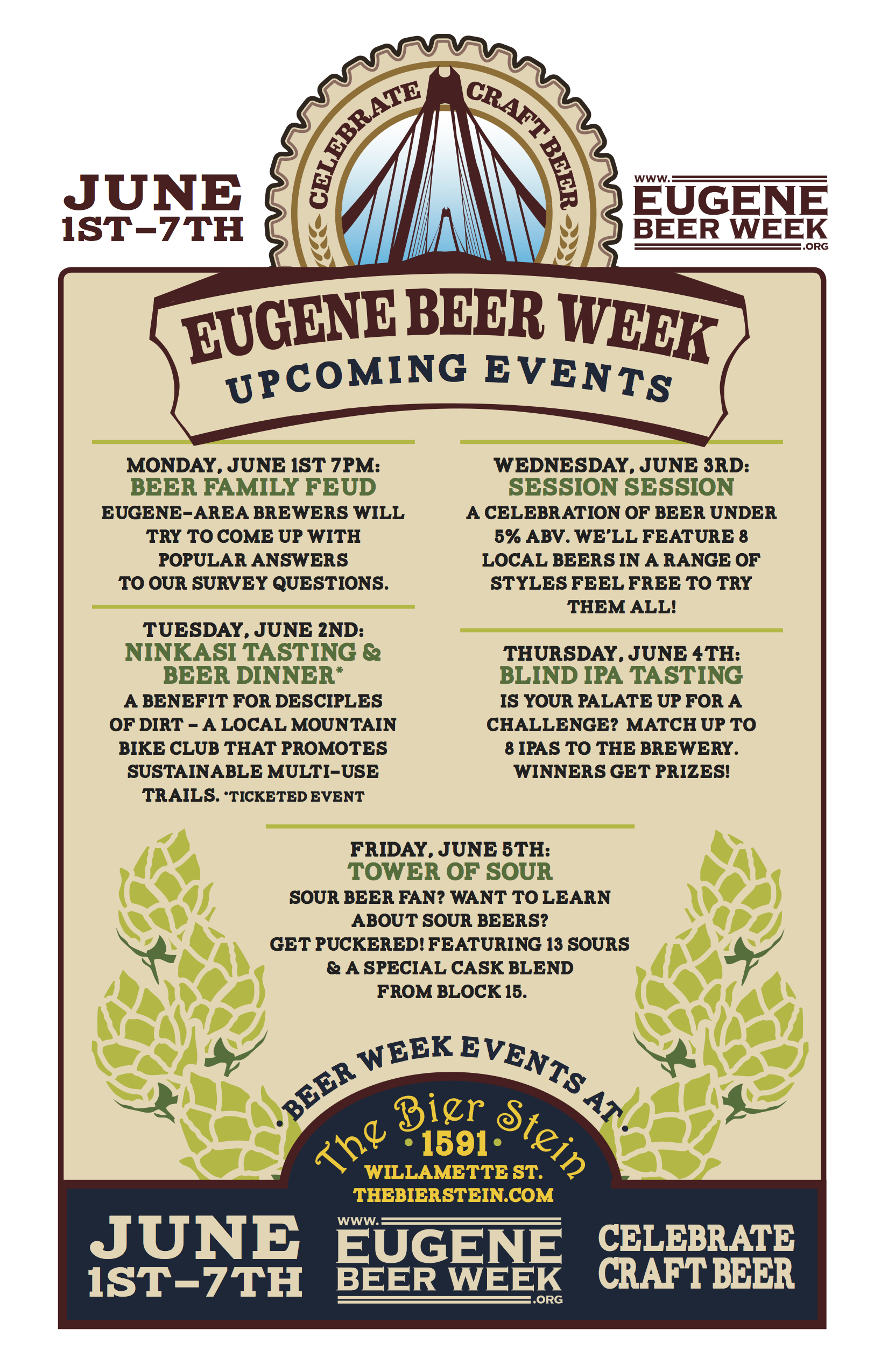 Eugene Beer Week, the longest running city centric beer week in Oregon, returns for its 5th consecutive year from June 1st through June 7th. One of our state’s finest beer cities is back at it promoting Eugene as one top beer destination in our fair state.

Within Eugene lies one of the top bottleshops and beer bars in the entire country. As many of our readers know, The Bier Stein Bottleshop & Pub is a must hit craft beer destination to find some of the tastiest beverages while in the hometown of the University of Oregon.

Just in time for Eugene Beer Week, The Bier Stein returns with some of the most popular events in year’s past. Returning for the 5th year of Eugene Beer Week is Beer Family Feud and Tower of Sour. But these are not the only two events for the week, as The Bier Stein will celebrate five consecutive days of events. 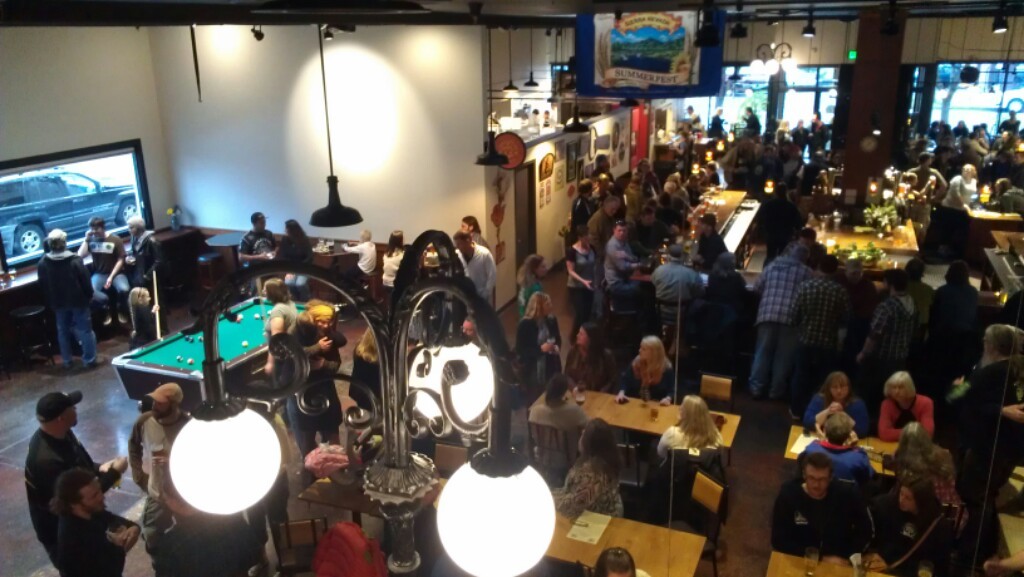 The events for the 2015 Eugene Beer Week at The Bier Stein are as follows:

Beer Family Feud – Monday, June 1
Beer Family Feud brings together two teams that represent Eugene-area breweries; the teams compete to figure out the most popular answers to questions polled to Bier Stein customers. Local personality and recording artist Ty Conner will once again perform the duties of Richard Dawson/Louie Anderson/Steve Harvey, et al, albeit a little less “hands-on.” The role of buzzer is filled by the Stein’s own Malachi Oliver. How apropos.

Blind IPA Tasting – Thursday, June 4
The Blind IPA tasting will feature two flights of local IPA. The first five patrons who correctly guess the breweries in a flight will receive a $10 gift card; subsequent winners will get a Bier Stein glass.

Tower of Sour – Friday, June 5
Tower of Sour returns this year with even more flourish. Held in reserve for just such an occasion, over 15 kegs of rare wild and sour beer will be put on tap throughout the weekend. The epic beer list is as follows (minor chance of change and/or addition):

The first week of June will be an excellent time to visit Eugene and its 5th Annual Eugene Beer Week.