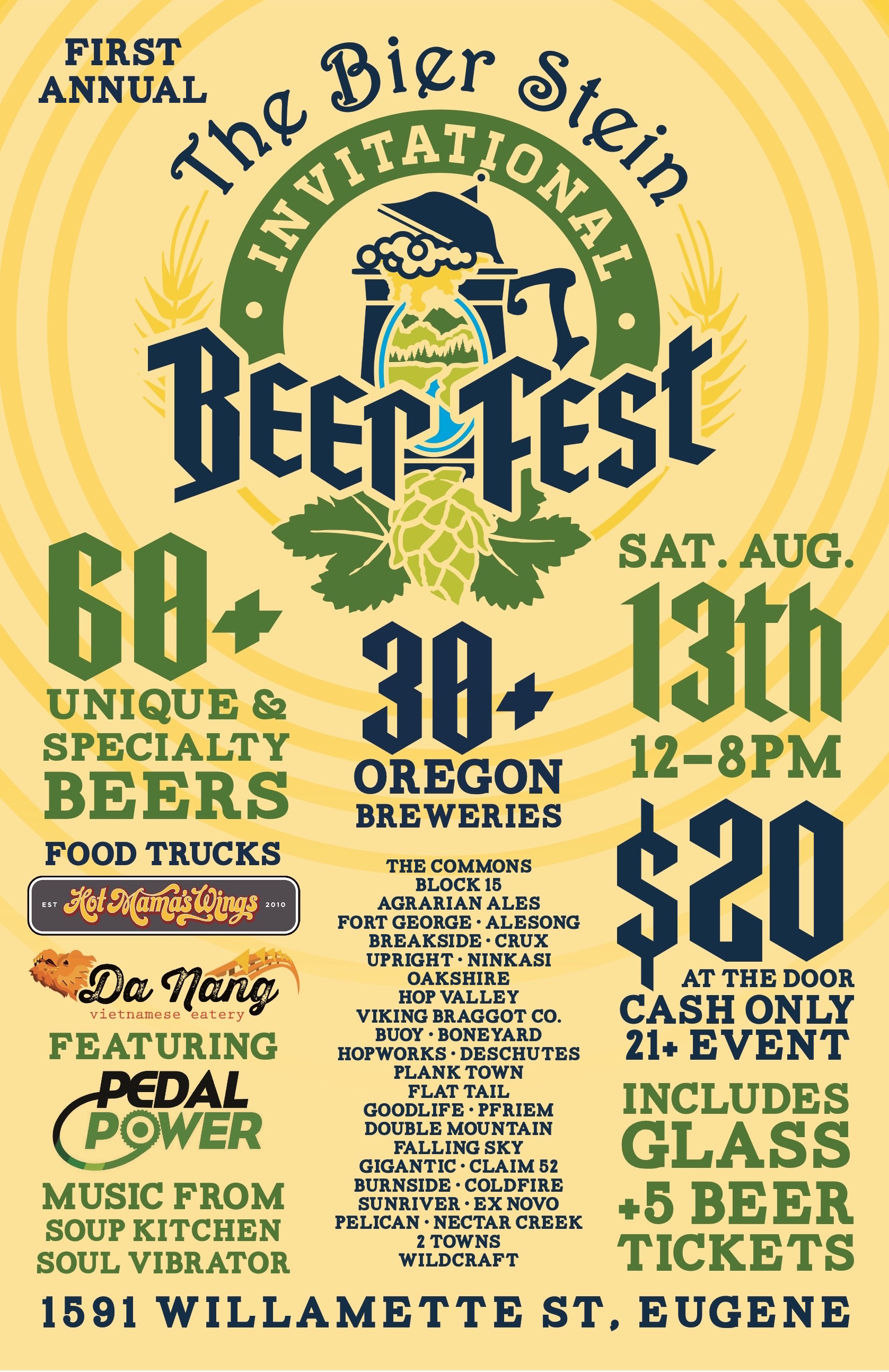 One of the Willamette Valley’s top beer bars and bottleshops is preparing for the Inaugural Bier Stein Invitational Beer Fest. The Bier Stein Bottleshop & Pub will take it outdoors on Saturday, August 13, from Noon to 8:00pm when it hosts its first beer fest in it adjoining parking lot in Eugene, Oregon.

For its first invitational, The Bier Stein has invited 32 Oregon breweries to each pour two unique beers each. The staff at The Bier Stein is bringing in beers that are not part of the normal flagship lineup from each of the breweries. Therefore the beers that will be featured are said to be either seasonal, one-off, cellared, barrel-aged, and “altered” beers. And if you want to learn more about each of these beers a brewer or representative of nearly every brewery will be pouring beer from the opening until 3:00pm.

Entry into the Inaugural Bier Stein Invitational Beer Fest will cost $20.00 that includes a glass and 5 taster tickets. Pours will be 4 ounces each and will range from 1-4 tickets per pour. To enter the fest one must be 21 years of age or older. Plus the fest is cash only.

Organizers are still seeking volunteers what hold an OLCC Servers Permit to pour beer from 3:00 to 6:00pm and 6:00 to 8:00pm with perks for all volunteers. Get involved and updated at the event’s Facebook Event Page.