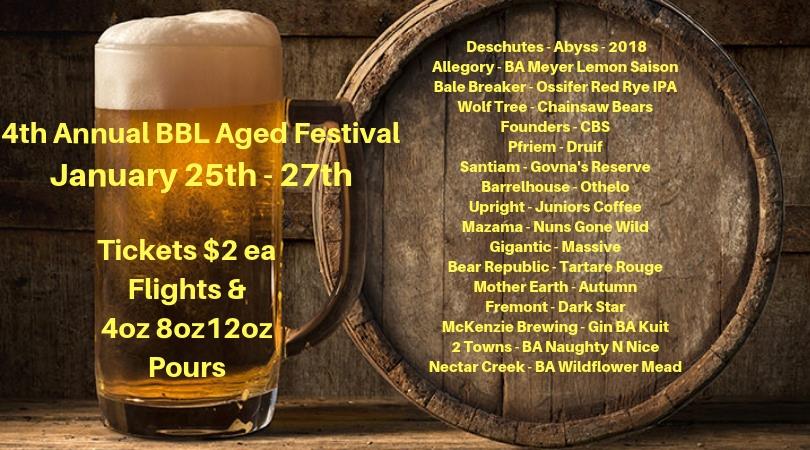 Four years running, The Civic Taproom and Bottle Shop will host its 4th Annual Barrel Aged Fest from January 25-27, 2019. During the course of the past year, The Civic Taproom has stashed away kegs of one-offs, special offerings and exciting barrel-aged beers just for this event.

Beer tickets are $2.00 each and pours will be either 4oz, 8oz, or 12oz. Beer flights will also be available.

In addition to the beers pouring The Civic will also be hosting an Axe Throwing cage on Friday evening from 5:00-9:00pm.