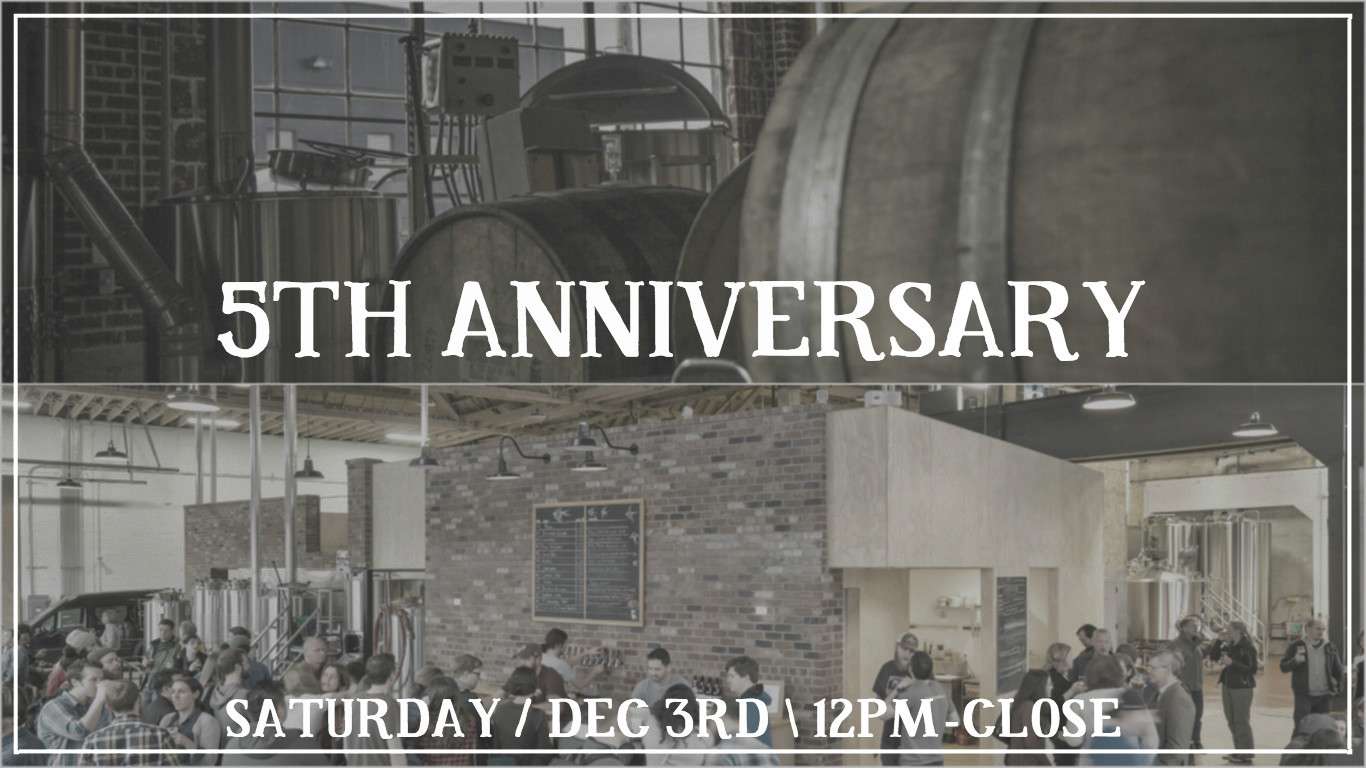 Back on December 3, 2011, The Commons Brewery opened its tasting room to the public at its original location along SE 10th Avenue in Portland. Since this time the brewery has expanded and relocated a few blocks away to its current home at corner of SE Belmont and SE 7th. Now five years later, The Commons Brewery will celebrate its 5th Anniversary on Saturday, December 3rd, beginning at Noon.

But prior to the brewery opening in 2011, founder Mike Wright operated as Beetje Brewery for a little over one year. Beetje Brewery made its public debut at BREWPUBLIC’s Microhopic 2 event that same year at Bailey’s Taproom. Through the past six years, the little brewery that began in Mike’s garage back in 2010 has grown immensely.

Here are a couple of videos from The Beer Traveler, aka Charlie Herrin, where he interviewed Mike Wright and then Sean Burke right after the brewery celebrated its one-year anniversary as The Commons Brewery.

For this year’s 5th Anniversary, The Commons will celebrate its “wood” anniversary with Gin, Bourbon, Brandy, Wine and Nocino barrel aged beers. Here are some of the beers that will be pouring on Saturday.

We’ll depart with another video from The Beer Traveler that captures The Commons one-year anniversary back in December 2012. Its hard to believe that its been 4 years since this video was shot.