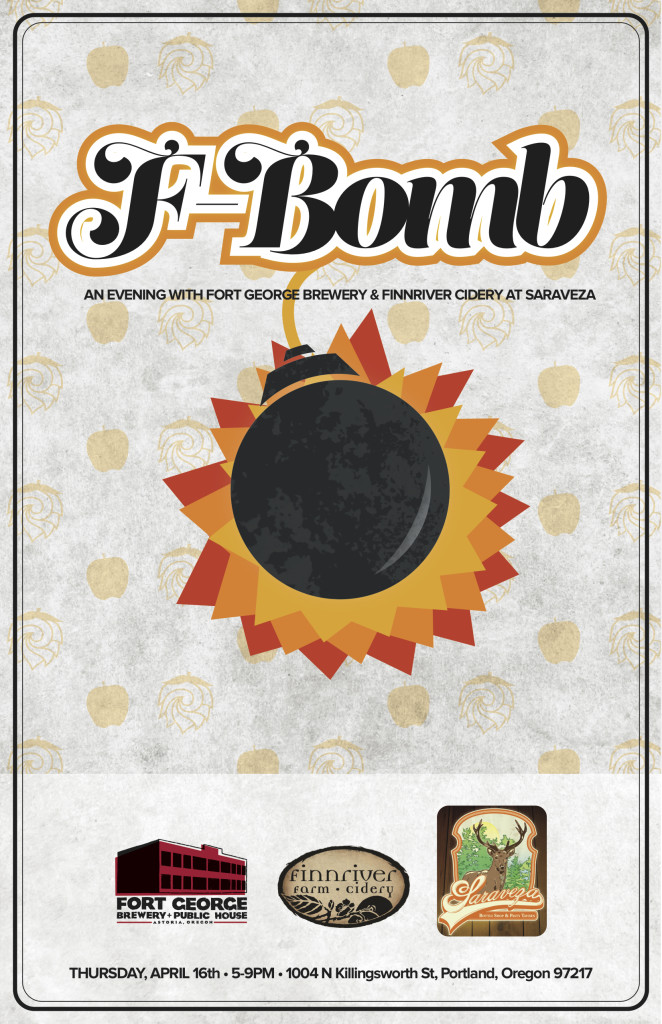 Finding an event here in Portland will not be much of a challenge the week of April 13th when the Craft Brewers Conference rolls into town. Another enticing event will be taking place on Thursday, April 16th when Saraveza Bottle Shop and Pasty Tavern brings together two of Cascadia’s finest local fermenters Fort George Brewery of Astoria, Oregon and Finnriver Farm & Cidery of Chimacum, Washington.

This showcase called The F-Bomb! will bring together 10 specially selected draft offerings 5:00 to 9:00pm. Ranging from well-loved favorites to the unique, including limited release offerings, barrel-aged ciders, beer collaborations and a specially created cider & beer cocktail for a line up, The F-Bomb! is an event not to miss!

The evening’s taplist will consist of the following:

Fort George Brewery:
Tuesday’s Lunch— A smooth, well-balanced stout made with roasted Spanish peanuts and blackberries. At 9.3% abv, this beer will definitely pack your lunchbox.

OMEGATEX— An imperial IPA.  Like Vortex, only bigger. 9.9% abv

Plazm Farmhouse Ale— A dazzling display of fruity esters, clean floral hops, with a hint of roast and a crisp finish. The current seasonal, this is a Fort George collaboration with PLAZM magazine and The Commons Brewery. 6.5% abv 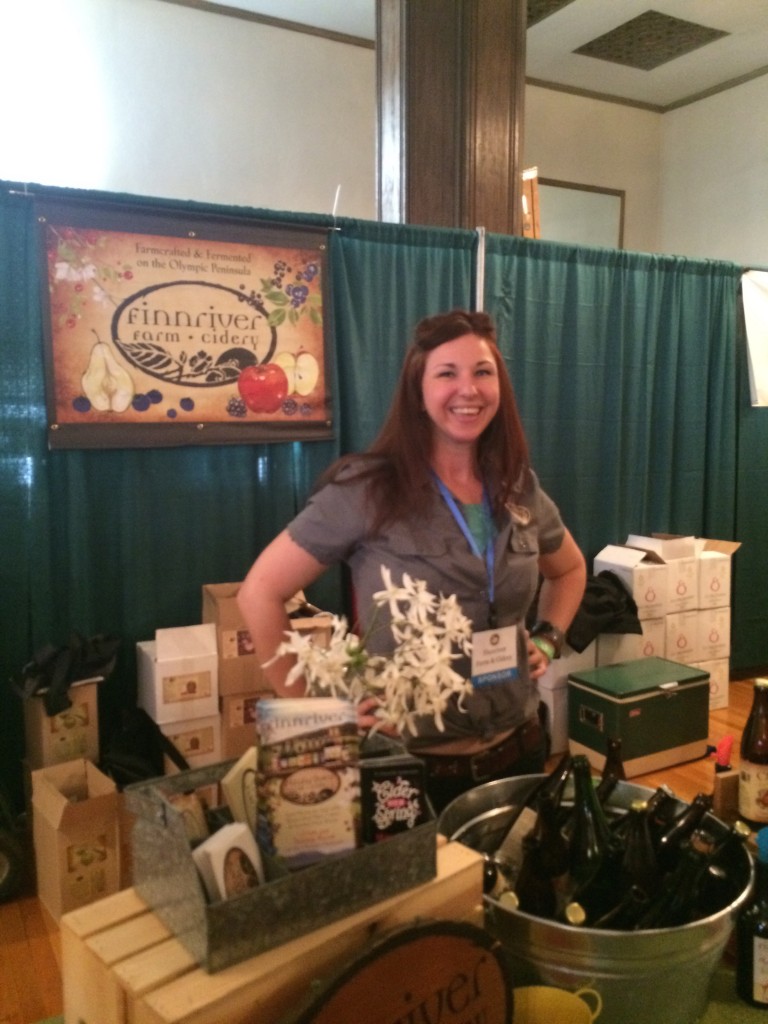 Finnriver Cidery:
Berry Barrel Sour— A combination of pear and apple wines fermented in barrels and in steel tanks, soured with Brettanomyces yeast, Lacto-bacillus and Pediococcus bacteria and then combined. Once blended, 25 pounds of fresh raspberries were added to create a cider lambic. 6.5% abv

Golden Russet— This cider is a slowly fermented blend of classic russeted apples, grown in the Finnriver orchard and sourced around the region. The blend of high acid cider fruit with the gentle bittersweet tannin profile offers a thoughtful combination with layered complexity in the mouth.Off Dry, 8.5% abv

Saraveza is a not to be missed stop on the tour of Portland craft beer destinations. Join ambassadors from Fort George and Finnriver and raise a glass in good company to the region’s vibrant craft brewing and cider culture. Saraveza is located at 1004 N Killingsworth Street, Portland, Oregon 97217. Tri Met public transportation makes this an easy ride for Craft Brewers Conference attendees coming from the Oregon Convention Center with bus lines #72, #4 and MAX Yellow line all stopping blocks away.